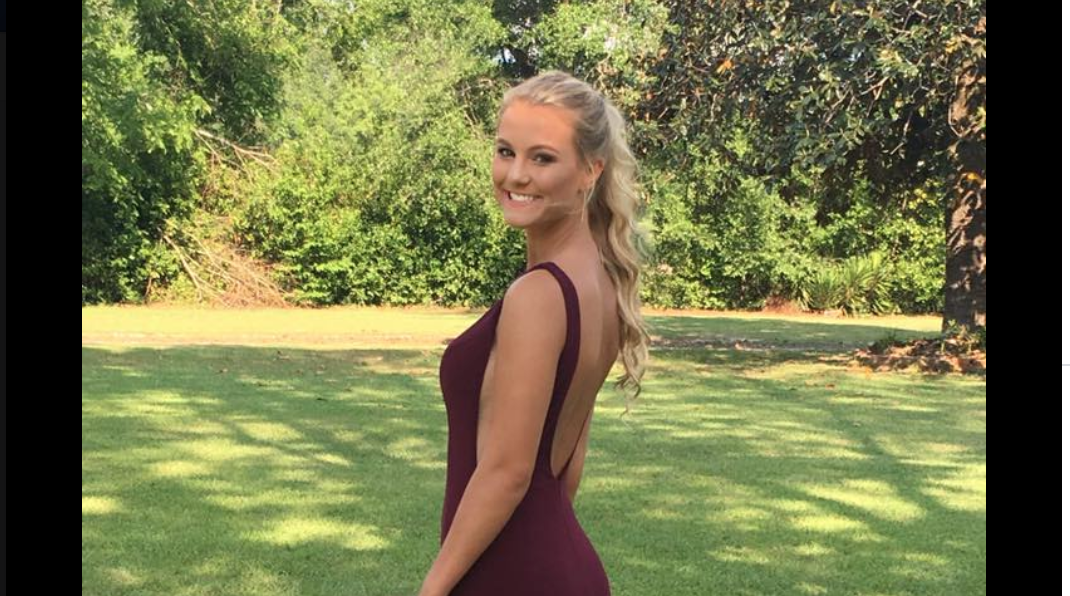 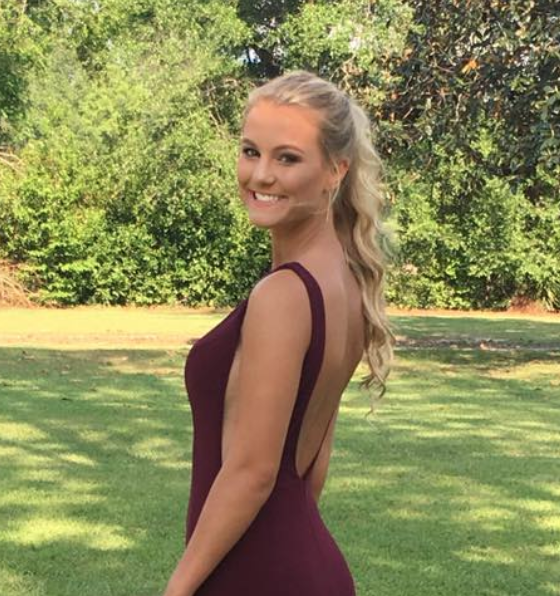 Parker’s claims Mallory Beach was negligent in her own death…

Editor’s Note: This article features a news analysis by Mandy Matney, who has been covering this case since February of 2019.

Last month, attorneys for Parker’s Corporation filed a slew of documents in connection with a high-profile, fatal Beaufort county boat crash – one which has yielded a lawsuit involving one of South Carolina’s most powerful families.

In a surprising move, the privately-owned convenience store and gas station company appears to be doubling down on its defense instead of settling the civil action.

Just two months after the initial lawsuit was filed, four other defendants were dropped from the case. Typically, this indicates the other parties settled the lawsuit, according to legal experts we spoke with.

Alleged boat driver Paul Murdaugh faces three felony boating under the influence (BUI) criminal charges in connection with the incident, but he was not named in the civil lawsuit — a move which has been widely criticized in the public since the suit was filed in March 2019.

Could that soon change, though?

Specifically, the lawsuit accuses Parker’s #55 gas station employees of selling then 19-year-old Paul Murdaugh alcohol while he was allegedly using his older brother’s identification on the evening of February 23, 2019 – just hours before the fatal crash. The sale was captured on surveillance video.

The focus of the civil suit isn’t simply who is at fault for Mallory’s death, it’s who is at fault for Paul Murdaugh’s alleged intoxication prior to the crash. Was it his father and brother, both of whom are accused of allowing Paul to purchase and drink alcohol illegally on multiple occasions in the past? Or is it Parker’s, a nearly billion-dollar gas station and convenience store company — which is allegedly responsible for selling the underage boaters most of the booze they drank that fateful evening, and whose employees are reportedly pressured to make fast turnarounds at the cash register?

Why does that matter?

In a recent filing, Parker’s indicated it wished for a jury to be able to apportion fault to Paul Murdaugh without him being an actual defendant.

According to the filing, Mallory Beach’s fatal injuries were caused by other “tortfeasors” (a.k.a. people who committed wrongdoing), individuals who were not named as defendants in the lawsuit.

“Defendant Parker’s liability is eliminated or reduced by other tortfeasors’ and plaintiff’s proportionate share of fault,” attorneys for Parker’s argued. “All potential tortfeasors and plaintiff must be included on the verdict form and the jury must apportion a percentage of fault to each.”

Parker’s said that “at minimum” those other tortfeasors “must be included on the verdict form and the jury must apportion a percentage of fault to each.”

Who are the “tortfeasors” they are talking about?

A likely candidate would be Paul Murdaugh — the only person who has been criminally charged in connection with Beach’s death.

The lawsuit frames Parker’s as an enabler of Murdaugh — asserting that without Parker’s allowing the illegal alcohol sale at the beginning of that tragic evening, the crash likely wouldn’t have happened.

However, Parker’s contends that Paul Murdaugh is a missing piece of the storyline when it comes to assigning blame in Mallory Beach’s death.


Parker’s recent filings — including depositions that paint Paul Murdaugh as a violent drunk on the night of the tragedy — appear intended to deflect the public’s attention away from Parker’s culpability.

They are essentially pointing the finger … saying “what about Paul?” in the hopes of absolving the corporation of responsibility for the role it allegedly played in Mallory Beach’s death.

In the explosive depositions, other boaters described Paul as an aggressive drunk who refused to allow anyone else to drive the boat that night, despite his increasing levels of intoxication. About an hour and a half before the crash, Murdaugh was allegedly throwing chairs and trying to start a fight in a bar in downtown Beaufort.

Then, in the final moments leading up to the crash, a “belligerent” Paul Murdaugh is said to have pushed, spit on, and slapped his then-girlfriend in the face, according to multiple depositions. Minutes later, the 17-foot center console fishing boat accelerated before slamming into a pylon near the Archer’s Creek bridge just north of the Marine Corps Recruit Depot (MCRD) at Parris Island in Beaufort county, S.C.

Upon impact, Mallory Beach was flung into the dark water of Archer’s Creek. Her body was found a week later — miles away from the crash site.

In the lawsuit, Richard Alexander Murdaugh, who owns the boat in the crash, is accused of “failing to supervise his son when he knew or should have known his son was illegally using a license to buy and consume alcohol.”

Because of the Murdaugh family’s wealth and status, Beach’s lawsuit is unarguably one of the most high-profile civil cases in South Carolina right now. Which raises questions: Why wouldn’t the two deep-pocketed dynasties at the heart of the matter — Parker’s and the Murdaughs — settle the case to avoid further bad press? And why won’t either of them admit fault?

Paul Murdaugh’s grandfather, great grandfather, and great-great grandfather all served as solicitors of the 14th judicial circuit from 1920-2006. Because of these powerful family ties, two judges asked to be recused from the case and requested S.C. chief justice Donald Beatty to assign the case to someone else.

Too often forgotten in this tragic tale is Mallory Beach — the victim. Beach was well-known and adored in the Hampton and Beaufort communities where she lived and worked. She was described by friends as bubbly and kind with a bright future ahead of her.

“A lyric in a Tom Petty song,” this news outlet referred to her last spring.

But Mallory wasn’t described as a victim in Parker’s defense.

“(Mallory Beach) with knowledge of the risk, voluntarily exposed herself to and assumed the risk of injury,” Parker’s argued.

In other words, Parker’s is claiming Mallory Beach was negligent in her own death and should share some responsibility.

But several boaters have said in deposition that Mallory was scared before the crash and they tried to get Paul to allow her boyfriend Anthony Cook to drive the boat.

Parker’s lawyers also argue that they are being targeted because of Greg Parker’s deep pockets. The latest filing states that the “claim for punitive damages violates the U.S. and S.C. constitutions because “the amount of punitive damages is based upon the wealth and status of the defendants.”

Beach’s attorney Mark Tinsley has requested for Parker’s to disclose its annual revenue (and a breakdown of its total alcohol sales), but Parker’s has thus far refused.

Parker’s attorneys have claimed that Paul Murdaugh used his older brother’s ID “at a myriad of bars, restaurants and similar establishments” before the transaction in question took place at around 5:30 p.m. EST on February 23, 2019.

They referred to this as a “plan of deceit” by the brothers and said their representative was “hoodwinked by this deception.”

They argued Paul Murdaugh used the ID “to take advantage of a Parker’s customer service representative like he had to many other people at establishments near and far.”

But throughout the case, Tinsley and the Beaches have argued that Paul Murdaugh’s illegal alcohol purchase was not an outlier — that Parker’s does not properly train its employees to vet underaged customers’ IDs.

After all, Murdaugh used an ID at Parker’s which “witnesses have uniformly testified did not resemble Paul Murdaugh and certainly was not even remotely close to Paul’s height or weight (records indicate Paul was 5’9” and 165 pounds on the night of the purchase, not the 6’2” and 240 pounds shown on the identification),” Tinsley wrote.

Greg Parker has previously said that “speed of transaction” is “the single benchmark” that Parker’s values the most.

Tinsley has argued it is Parker’s “speed of transaction” system that’s broken and if this lawsuit — involving the death of a beloved teenager — doesn’t make them change their ways, what will?

In a deposition, the Parker’s cashier who sold alcohol to Paul Murdaugh did not appear to be familiar with policies related to alcohol sales. She not only sold the White Claw, Natural Light, and Michelob Ultra, to Paul Murdaugh, but also sold alcohol to another 19-year-old boater who used an ID purchased online from “ID GOD,” which she admitted was turned down at several other establishments.

In 2016, Parker’s faced a similar lawsuit about its alcohol sales and procedures in Beaufort county. A Hilton Head Island, S.C. man was killed in a crash involving a drunk driver who purchased alcohol at Parker’s before the crash. The company reached a settlement with the man’s family in 2018, paying them just under $40,000.

Tinsley has also accused Parker’s of withholding evidence in the discovery process, which has stalled the case.

“Parker’s is fighting to keep relevant evidence and information or information reasonably calculated to lead to the discovery of admissible evidence sought by this motion hidden from the real victims, the people harmed by Parker’s wrongful conduct,” Tinsley wrote in a previous motion.

He said in previous filings that Parker’s system for identifying underage buyers of alcohol is broken and does not work.

Throughout the lawsuit, Tinsley has argued that this business model is dangerous — that until Parker’s admits fault and changes their ways as to how they handle alcohol sales, more alcohol will be illegally sold from their stores to customers under 21.

Beach’s parents want to make it clear that the lawsuit is about more than their daughter’s tragic death — it is about holding parties accountable so that more tragic accidents do not occur.

There are three ongoing cases associated with the boat crash — Beach’s lawsuit, a federal lawsuit filed by an insurance company against the Murdaughs over claims stemming from the civil suit, and the criminal case against Paul Murdaugh.

Obviously, we are keeping a close eye on all three cases …