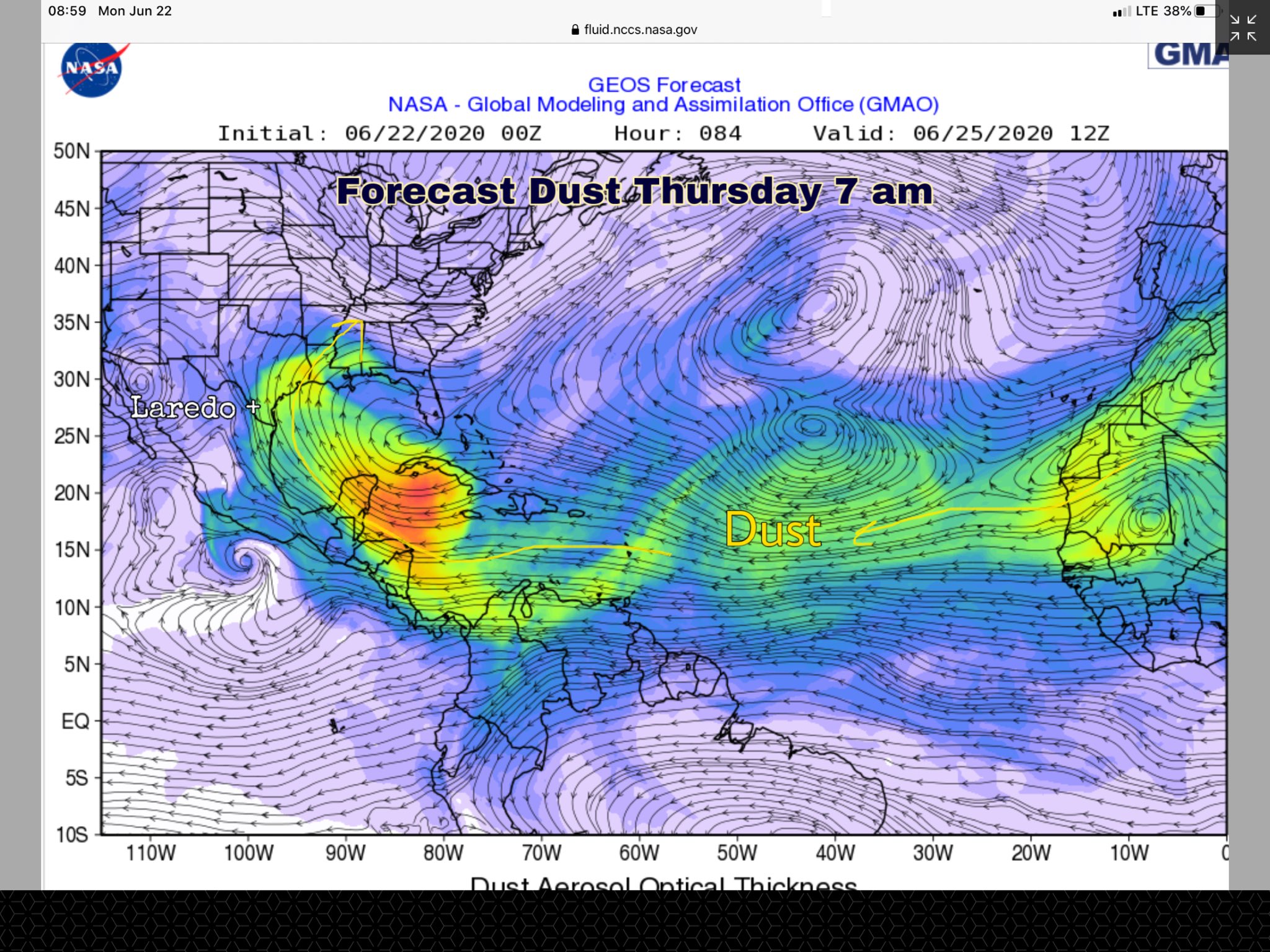 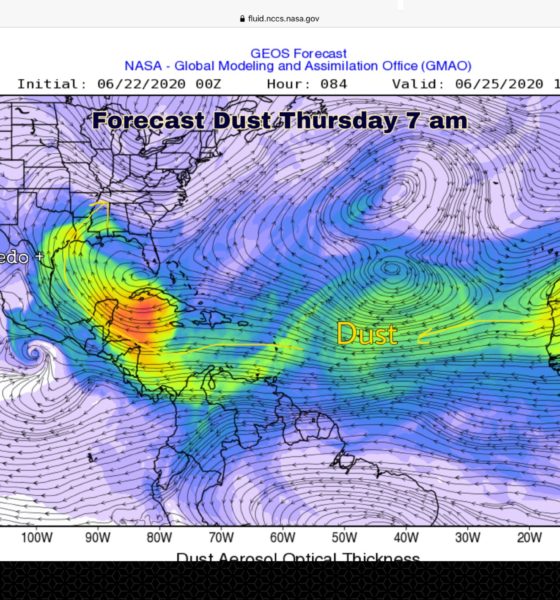 Between the chaos of COVID-19, the murder hornets (where are they by the way?), the pre-hurricane season tropical storms and the looming possibility of a catastrophic hurricane season, it’s been an exhausting year.

To make matters weirder, a “Godzilla dust cloud” that one environmental health expert called “the most significant event in 50 years” is headed for the southeastern United States, the Associated Press reported. The Saharan dust plume is expected to make its way to South Carolina this weekend.

While it’s typical for clouds of Saharan dust to move over the Atlantic during hurricane months, this one is different. First of all, the Godzilla dust cloud is a whopping 5,000 miles long. It’s much thicker and hangs lower than other dust clouds, according to the Washington Post.

“It is predicted to cause a deterioration in air quality and turn the sky a milky white, and its impacts won’t be limited to the coast,” the Washington Post reported.

And it could bring brown rain, similar to what happened in Austraila earlier this year, according to the Washington Post.

The dust cloud moved over the Caribbean this week and made it to the Gulf of Mexico. The photos are eerie, even for 2020 standards.

“The latest forecast below NASA’s GEOS-5 model shows the dust affecting parts of the South from now through the weekend,” the Weather Channel reported. “Some of the dust could also spread as far north and west as portions of the Plains and Midwest.”

According to AccueWeather, South Carolina can expect “hazy skies, poor visibility, and potential respiratory issues,” especially those with allergies and asthma, starting at 5 p.m. Friday.

“The concentration of dust this year will most likely continue to cause poor air quality in the Gulf Coast, coming at a time with high concerns over COVID-19, which affects the respiratory system,” AccuWeather reported.

“So, people with respiratory issues should not spend any long periods of time outdoors. Some people with severe respiratory conditions may just want to stay indoors,” AccuWeather Senior Meteorologist Dan Kottlowski said.

According to AccuWeather’s Air Quality forecast, Charleston, Columbia, Hilton Head, and Myrtle Beach will have poor air quality both Saturday and Sunday.

This means “The air has reached a high level of pollution and is unhealthy for sensitive groups. Reduce time spent outside if you are feeling symptoms such as difficulty breathing or throat irritation,” according to AccuWeather.

Air quality in the Upstate will be worse. According to AccuWeather, the Spartanburg and Greenville areas’ air qualities will reach “unhealthy” levels Saturday, which means “Health effects can be immediately felt by sensitive groups. Healthy individuals may experience difficulty breathing and throat irritation with prolonged exposure. Limit outdoor activity,” according to AccuWeather.

But there is some good news in this.

When the dust settles, the sunsets are supposed to be spactucular this weekend.