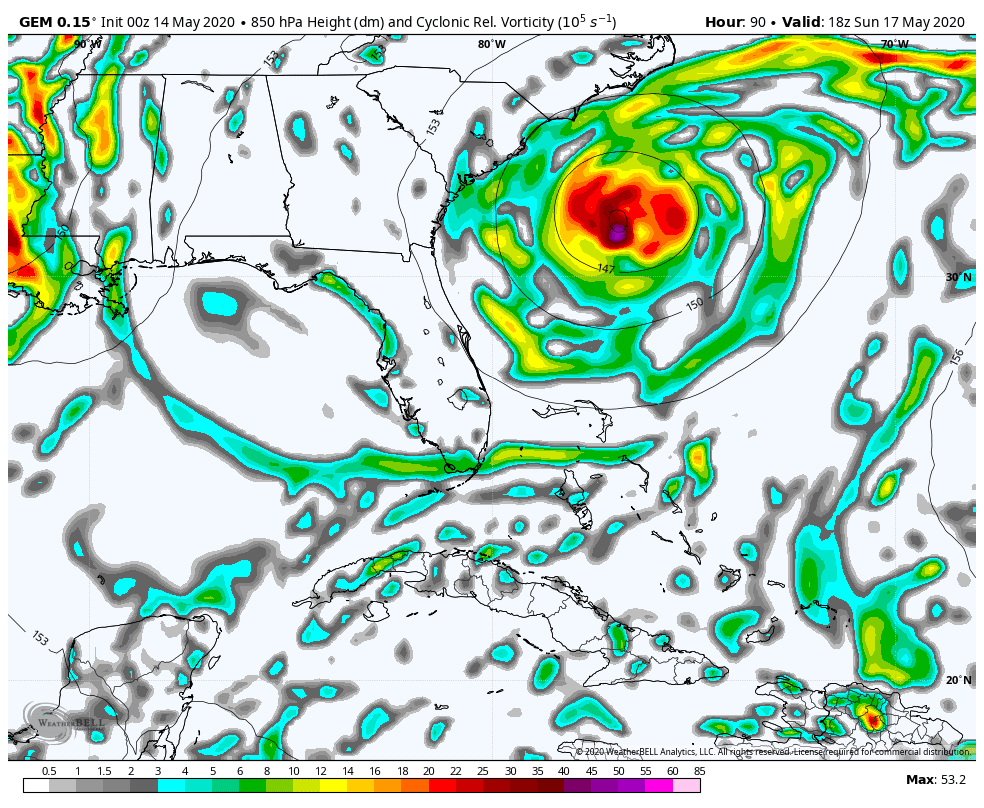 Meteorologists have increased the likelihood that the Atlantic will see its first named storm of the 2020 season over the next few days, according to the latest forecast from the National Hurricane Center (NHC).

The storm, to be named Arthur, would be forming about two weeks before the Atlantic hurricane season officially begins June 1.

Arthur is expected to bring “heavy rainfall to portions of the Florida Keys, southeast

Florida, and the Bahamas through Saturday,” forecasters track the storm well off the coast of Florida and heading further out to sea when it heads north.

According to the Weather Channel, the storm system is “expected to bring at least elevated surf and rip currents” to the South Carolina coast from this weekend to next week.

While South Carolina might be in the clear, forecasters are calling for an active hurricane season, FITSNews Founding Editor Will Folks reported earlier this month.

“We anticipate that the 2020 Atlantic basin hurricane season will have above-normal activity,” Colorado State University (CSU) forecasters projected in their latest report (.pdf). “We anticipate an above-average probability for major hurricanes making landfall along the continental United States coastline and in the Caribbean.”

“Temperatures are forecast to climb toward 90 F on Sunday afternoon with even higher AccuWeather RealFeel Temperatures,” Accuweather reported. “While these temperatures are common for NASCAR events in the summer, it may be a shock to the system for some following a long break in the season. This is especially true for drivers, who will experience extreme heat throughout the race.”

Here’s a look at your weekend forecasts in Columbia, Charleston and Greenville (by the National Weather Service):