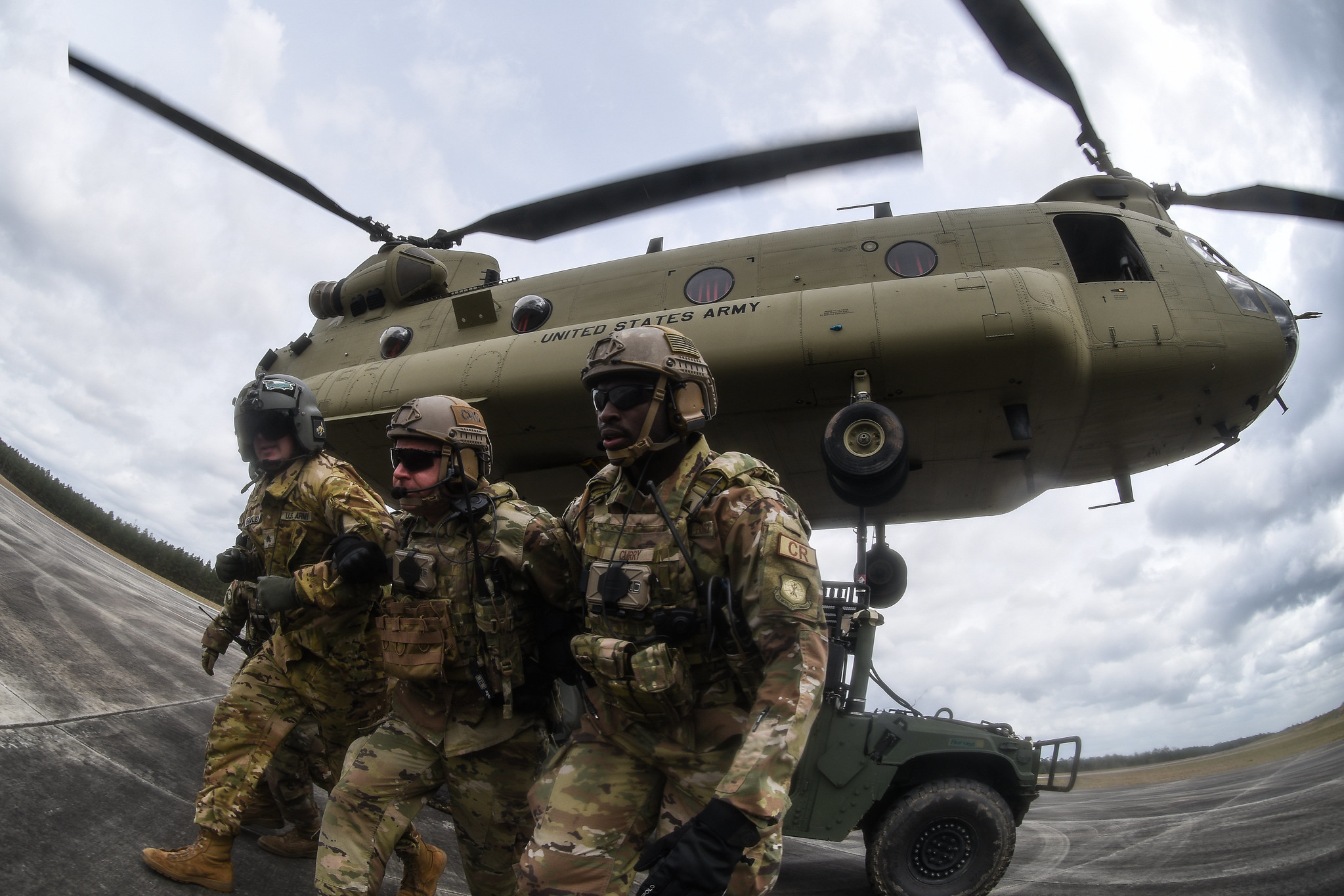 Soldiers with the South Carolina National Guard are reportedly headed to Charleston, S.C. on Sunday after city leaders asked for assistance in quelling violent riots that have rocked the historic metropolitan area.

The extent, nature and duration of the deployment is not immediately clear, although the request for help was first reported by WCBD TV 2 (NBC – Charleston, S.C.).

Sources familiar with the situation said guard assets would only be employed as a “last resort.”

Details of the guard’s potential activity were touched upon by governor Henry McMaster at a 1:00 p.m. EDT press conference in West Columbia, S.C. – however no details were provided.

According to our sources, McMaster is considering dispatching around 80-100 specially trained military police personnel to the Charleston area to assist city police and other state and regional law enforcement assets in restoring law and order.

McMaster did not elaborate on specific plans, but confirmed deployments were likely – and also confirmed issuing mobilization orders for guard units at 5:00 p.m. EDT on Saturday (May 30, 2020).

“We are determined to see that things level off here in South Carolina and that we do not see the tragedies we have seen in other places,” McMaster said. “Law enforcement all across the state is activated, on alert and ready.”

McMaster noted that National Guard troops were similarly “on alert” and would be deployed across the state “as needed.”

“Particularly in Charleston,” McMaster added, noting that “violence and destruction will not be tolerated.”

Charleston was the site of widespread violence, looting, arson and property damage late Saturday and early Sunday morning – part of a nationwide rash of riots following from the killing of George Floyd in Minneapolis, Minnesota on Memorial Day. As we noted in our previous coverage, “Charleston’s King Street shopping district was hit particularly hard by the lawlessness, with rioters shattering storefront windows and looting numerous businesses.”

Charleston law enforcement assets were actually en route to Columbia, S.C. on Saturday afternoon to assist with violence that erupted in the state capital, but had to turn around when tensions in the Holy City escalated.

Multiple law enforcement sources told us they were bracing for even worse violence in Charleston, S.C. on Sunday evening, although one told us “there isn’t much left to steal on King Street.”

South Carolina has been under a state of emergency since mid-March due to the coronavirus pandemic, meaning the guard is already activated. However, there have been some questions as to the constitutionality of those orders.

While officials discussed options for responding to the violence, they also pleaded with those perpetrating it to put a stop to the mayhem.

Among the most poignant pleas? The one offered by U.S. senator Tim Scott, who appeared alongside McMaster at the Columbia, S.C. press conference.

‘There was a tragic incident in Minnesota,” Scott said. “Let us not allow that to metastasize into tragedies throughout this nation, and specifically here at home.”

Floyd – a 46-year-old security guard – died after being detained by Minneapolis police on suspicion of trying to pass a counterfeit $20.00 bill at a deli just south of the city.  Derek Chauvin – a 44-year-old Minneapolis police officer – was captured on video suffocating Floyd while the latter was laying face-down, handcuffed on the pavement. Chauvin was formally charged with third degree murder and manslaughter in connection with Floyd’s death on Friday.

Those charges did nothing to stem the tide of violence, however.

At least four Americans have perished in the riots sparked by Floyd’s death – and many more have been injured.

In Columbia, S.C., more than a dozen law enforcement officers were injured during Saturday’s confrontation with demonstrators – including one who remained hospitalized on Sunday. Additionally, Columbia, S.C. firefighters came under attack – with heavy damage done to a pair of fire engines and one captain reportedly taking a brick to his head during the melee.