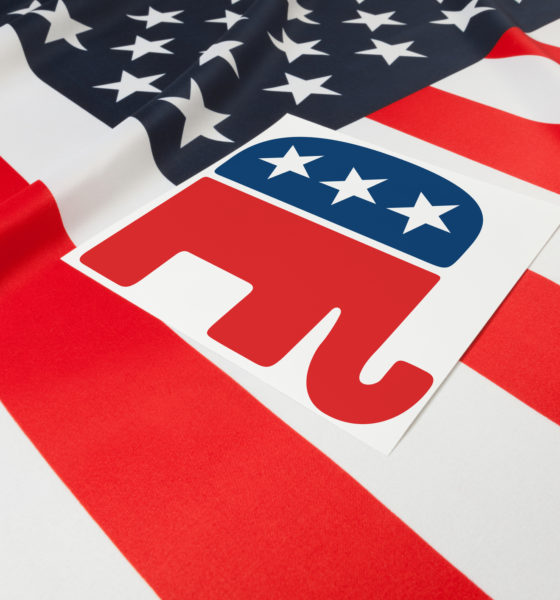 The South Carolina Republican party (SCGOP) is facing criticism for meddling in one of its own partisan primary elections – against an incumbent state lawmaker. The move could also have statewide reverberations as the lawmaker in question – a staunch fiscal conservative and libertarian – seems to be adhering to the stated values of the party far more consistently than most “Republican” elected officials in the Palmetto State.

In other words, the GOP is not only breaking its unwritten rule of not meddling in primary elections … it is going after a lawmaker who certainly appears to be standing up for the party’s stated beliefs.

According to reporter Kirk Brown of Gannett, the SCGOP paid for a recent mail piece on behalf of Vaughn Parfitt – a local optometrist who is challenging third-term incumbent Jonathon Hill in the GOP primary election for S.C. House District 8 (.pdf).

To say Hill is unpopular with his Republican colleagues is putting it generously.

There is no love lost …

And hasn’t been for some time …

Anyway, the mail piece sent by the state party hails Parfitt as “hardworking, cooperative conservative” – one willing to get things done on behalf of the citizens of this Upstate district.

That may be the case … but why would such a communication receive the imprimatur of the SCGOP?

Dan Harvell (above) – a SCGOP executive committee member and former leader of the Anderson county party – wrote on social media that the SCGOP’s involvement in this race left him “truly troubled.”

“With this precedent I now consider us in uncharted territory,” Harvell wrote. “Until this incident … the SCGOP (had) never basically endorsed a PRIMARY challenger against a multi-term Republican incumbent. Nor one Republican Primary candidate over another.”

“I have serious concerns about this and its effect going forward in future election cycles,” Harvell added. “This is certainly a lapse of neutrality that has long been (the) practice of our Republican Party in keeping the playing field level for candidates in our GOP primaries.”

Of course it was something else Harvell said about the controversial mailing that raised eyebrows. According to the veteran GOP official, SCGOP chairman Drew McKissick indicated to him that the party was not the original source of funding for the mailing.

“Chairman McKissick said that no money was spent by the SCGOP, but rather allowed a donation(s) to ‘pass through’ while using the state party’s (lower cost) mailing permit,” Harvell wrote.

That acknowledgement enraged local conservative activists … and prompted calls for the S.C. State Ethics Commission (SCSEC) to investigate the matter.

“Not only has the SCGOP put its thumb on the scale in this race, but I would ask if they have violated any campaign election laws,” said Pressley Stutts, leader of the neighboring Greenville Tea Party. “According to McKissick, a donation was made to the SCGOP and they were simply a ‘pass through’ for the money. Well, whose money? How much money? The limit for state representative races is $1000. It takes several thousand dollars to send out a mailer.”

We concur … and we certainly hope the party has answers to the questions posed by Stutts, or else it could find itself on the receiving end of an ethics investigation. And a potential election lawsuit.

“At the very least, it highly unethical for the SCGOP to choose winners and losers in a primary,” Stutts added.

Obviously violating its own rules is nothing new for the SCGOP – which called off the 2020 “First in the South” Republican presidential primary as a sop to U.S. president Donald Trump (even though its rules clearly stipulated that the primary be held). That decision – which the party repeatedly misrepresented – was controversially upheld by S.C. circuit court judge Joceyln Newman.

Our view on all of this? Obviously it is up to the SCGOP to determine how and when it wishes to weigh in on primary races, but in violating a long-honored tradition of neutrality the party is indeed entering uncharted territory. Also, as we noted previously, it is sending a terrible message to supporters of limited government, lower taxes and less spending.

No longer content with merely working behind the scenes against such lawmakers (or candidates), the party is now willing to shred one of its few remaining principles in order to overtly oppose them.

That’s disappointing, but based on the way “Republicans” have been governing South Carolina over the last two decades … not surprising.