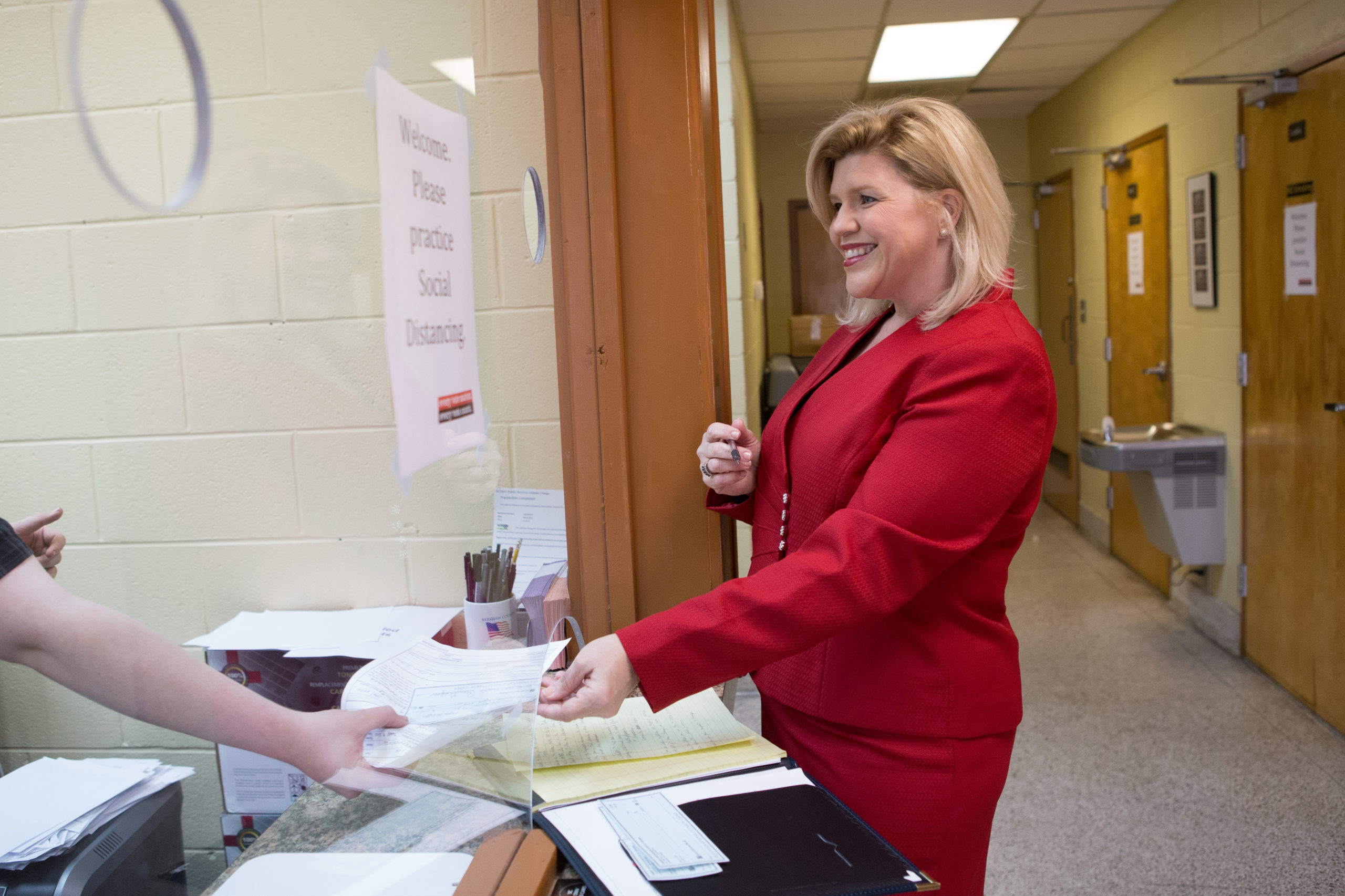 There will be a Republican primary this spring to determine who will represent the party in one of the few potentially competitive seats in the South Carolina House of Representatives – a chamber which typically sees only a handful of contested races during each biennial election cycle.

Penry Gustafson, who describes herself as “a former small business owner” and “community leader,” submitted paperwork earlier this week to campaign for S.C. House District 52 (.pdf).

“I decided to run for State House because we need conservative leadership that better represents our community values, supports our President and Governor, and stands up to the increasingly extreme agenda of the Democrat party at every level of government,” Gustafson said in a statement announcing her candidacy.

Gustafson’s release describes her as “a community leader with a servant’s heart” who sold her successful small business and has “supported her family through grit, integrity, and hard work.”

Also filing as a Republican candidate for this seat? Retired U.S. Army helicopter pilot and “local conservative leader” Vic Dabney, whose candidacy we discussed in this post.

The primary race is expected to be contentious. In fact, we have already been leaked a few potentially newsworthy tips related to this GOP primary. Of course, we are assuming the race (and other South Carolina elections) move forward amid growing concerns related to the coronavirus pandemic, which has already led S.C. governor Henry McMaster to cancel six weeks worth of municipal elections in the Palmetto State.

State officials did not cancel candidate filing for partisan primary elections, however … citing a lack of authority to do so. Some have questioned whether that decision was actually a sop to incumbent politicians.

This rural Kershaw county seat is held by Democratic state representative Laurie Slade Funderburk – who has represented the district since winning a special election back in 2004.

Funderburk also filed her paperwork this week in the hopes of winning a ninth full term representing this increasingly GOP-leaning district – which backed U.S. president Donald Trump with more than 57 percent of the vote in the 2016 election.

Gustafson referenced Funderburk (above) in her statement earlier this week.

“While I appreciate representative Funderburk’s service over the better part of two decades, I believe it’s time for new leadership and a new vision,” she said. “We don’t need more career politicians and insiders in Columbia and I’m excited over the coming months to share my vision to put Kershaw first, not special interests.”

All 170 seats in the S.C. General Assembly (124 House seats and 46 Senate seats) are up for election this year – although as we pointed out very few of these races wind up being competitive.

Partisan primary elections are currently scheduled to be held on June 9, 2020 – with runoff elections scheduled for June 23, 2020, if necessary (in South Carolina partisan primary races, if no candidate receives a majority of votes on the first ballot the two top vote-getters advance to a head-to-head matchup two weeks later).

This news outlet looks forward to covering this race and turning over our open microphone to Funderburk, Dabney, Gustafson and any other candidates who may decide to jump into the fray …