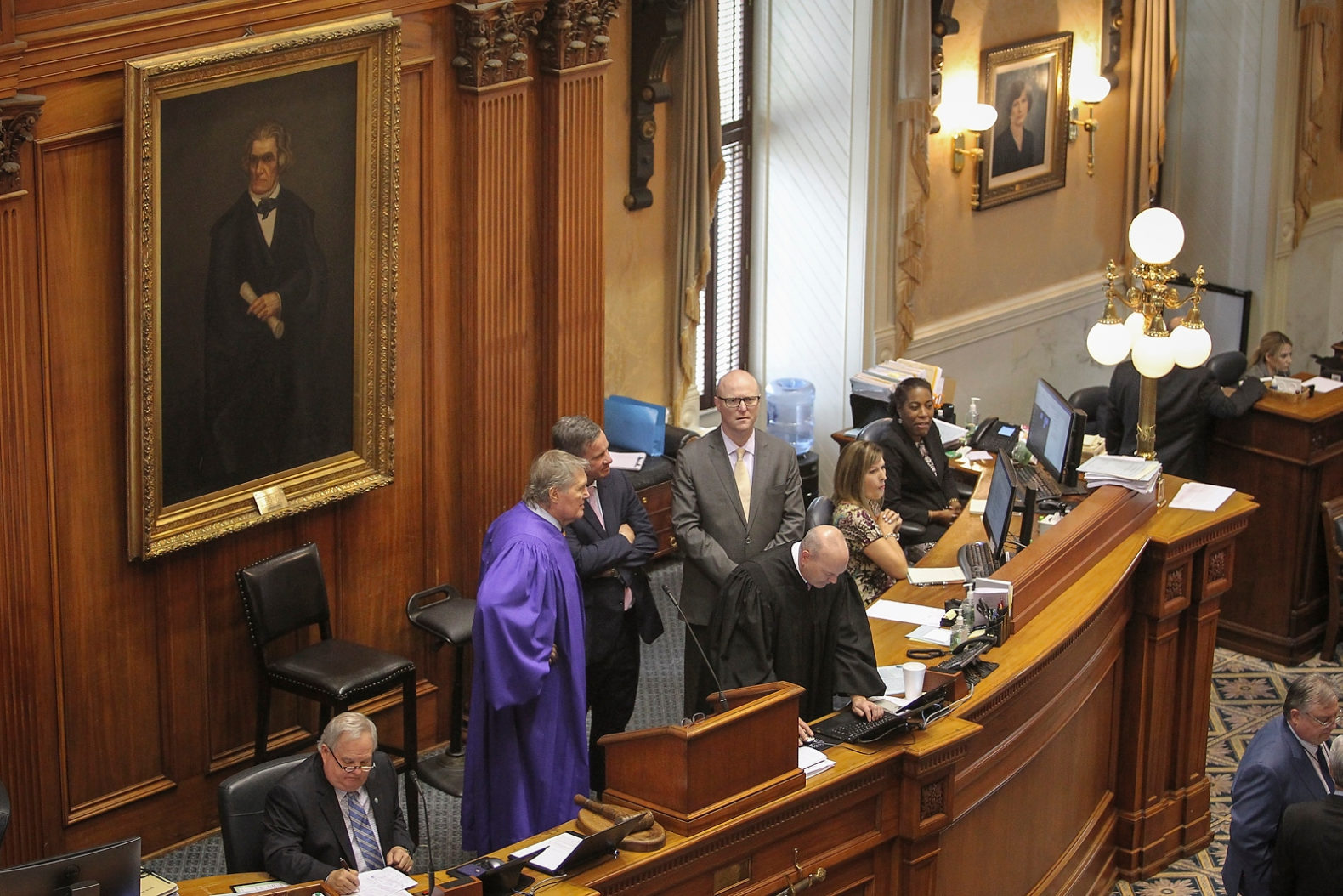 The South Carolina Senate will meet briefly on Tuesday of this week to consider an emergency funding bill for the state’s Department of Health and Environmental Control (SCDHEC). After that, the chamber is planning to “adjourn for the week” and its leader – president Harvey Peeler – will “make a decision for a future work schedule as events dictate.”

All of that is according to a message sent to senators from Jeff Gossett, the clerk of the Senate.

As we reported yesterday, lawmakers are scrambling to determine how to best respond to the 2019-2020 coronavirus (known officially as 2019-nCoV or COVID-19). The S.C. House of Representatives was already on furlough for the week of March 16-20, 2020 – but the Senate was scheduled to begin committee meetings at 9:30 a.m. EDT on Tuesday.

Now, assuming this plan is implemented, there will be only one committee meeting this week – followed by a brief session of the full Senate.

During the one-day session, “only Senators and essential staff will be allowed in the Chamber, ante chamber, and cloak room,” the message stated.

“No lobbyists, visitors or guests should be invited into these areas Tuesday,” Gossett added.

The Senate plans were being discussed as news was breaking late Sunday that a lobbyist from Camden, S.C. had been hospitalized after reportedly testing positive for the coronavirus.

The discussion also came as S.C. governor Henry McMaster announced the closure of all government-run schools across the Palmetto State for a period of two weeks – reversing his previous decision to close only those schools in areas directly impacted by the virus.

Incidentally, McMaster is the one proposing the $45 million appropriation for SCDHEC – which he wants lawmakers to pay for out of the anemic $128 million in tax relief they are providing in the state’s proposed $31.1 billion budget for the coming 2020-2021 fiscal year.

We have no issue with giving SCDHEC more money to address the coronavirus crisis, we just wish McMaster had specified what the money was for … and taken it from someplace else.

Anyway, assuming the S.C. Senate schedule is adopted, senators on the influential finance committee would meet at 11:00 a.m. EDT on Tuesday morning to consider the SCDHEC appropriation. They would then convene at 2:00 p.m. EDT with their colleagues on the floor of the chamber – with this appropriation being the “only item to be considered.”

As of Sunday, there were twenty-eight total confirmed or “presumptive positive” coronavirus cases in the Palmetto State – with no fatalities.

Nationwide, as of Monday morning there were 3,602 cases in the United States with 66 fatalities, per a database maintained by The New York Times.

Globally, as of Monday morning there were 164,837 confirmed cases in 146 countries with 6,470 fatalities, according to the latest statistics from the World Health Organization (WHO).