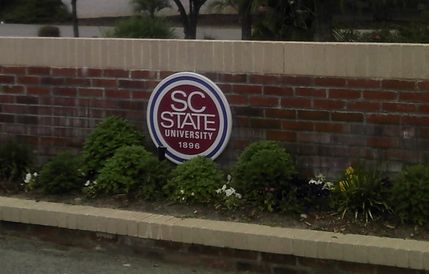 || By FITSNEWS || S.C. State University (SCSU) has been sued by one of its vendors in an effort to recover $6.75 million in unpaid bills, sources familiar with the case tell FITS.   Depending on the judgment, the school could be on the hook for even more money in the form of late fees and attorney/ court costs.

Sodexo – which provides food services at SCSU – is one of an estimated 334 vendors owed money by the chronically mismanaged institution of “higher learning.”  Of course even as the company files suit alleging breach of contract (among other grounds) it is continuing to provide food services to the school to the tune of $182,000 per week.

As we’ve repeatedly pointed out, SCSU is the poster institution for rampant corruption, shady boondoggles, overblown bureaucracy and questionable expenses.  Not to mention a lack of transparency.

Of course the school continues to receive tens of millions of tax dollars in the state budget – not to mention additional millions in the form of unconstitutional bailouts.  Oh, and even though the school’s president has been placed on administrative leave, state lawmakers are still trying to give him a raise.

We’ve repeatedly argued on behalf of privatizing the Palmetto State’s disproportionately costly networks of taxpayer-funded colleges and universities.  Higher education is simply not a core function of government … especially not the way it’s done at SCSU.