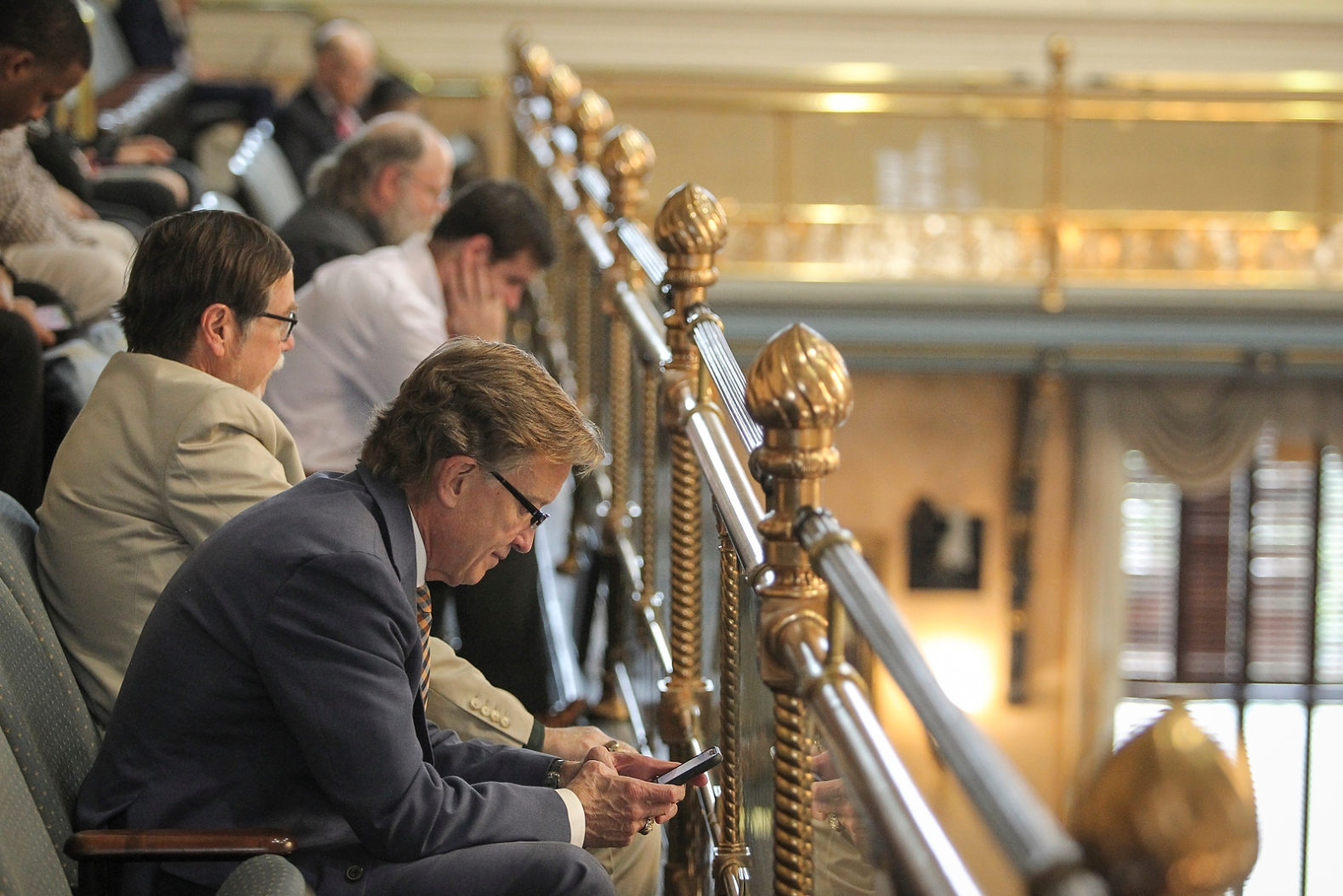 The South Carolina State House could restrict access to anyone but lawmakers, essential staff and media in the weeks to come in response to escalating concerns related to the 2019-2020 coronavirus  (known officially as 2019-nCoV or COVID-19).

The S.C. House of Representatives was already scheduled to be on furlough during the week of March 16-20, 2020 – but that break could be extended, sources familiar with the situation tell this news outlet.

Plans have yet to be announced for the S.C. Senate, whose leaders have been resistant to calls for the closure of government agencies. Last Thursday, in fact, Senate majority leader Shane Massey criticized a decision by the University of South Carolina to shut down classes for two weeks after spring break.

Will the Senate now shut down?

As of 3:30 p.m. EDT on Sunday, March 15, 2020, Senate committee meetings were still scheduled to commence at 9:00 a.m. EDT on Tuesday, March 17. In fact, a panel of the influential S.C. Senate finance committee was scheduled to begin hearings on the fiscal year 2020-2021 state budget at that time.

State senator Mia McLeod of Richland county sent a letter this week to S.C. Senate president Harvey Peeler asking him to take decisive action in response to the situation.

“I reached out to president Peeler to share my concerns and ask that he consider a Senate furlough or temporary suspension of the legislative session to help prevent community spread of (coronavirus),” McLeod wrote.

According to McLeod, a furlough “would allow adequate time for our offices and Chamber to be fully and properly sanitized and for Senate leadership and staff to explore virtual capabilities for Senate members and staff.”

McLeod also urged Peeler (above) to “suspend or cancel all on and off-site receptions, events and activities that are scheduled to occur during or after hours.”

One idea reportedly being floated by legislative leaders is to temporarily block access to the capital building (and the S.C. State House grounds) to anyone except lawmakers, executive branch officials, security officers and essential legislative staff.

“If session moves forward it would be without visitors or the lobby,” one legislative leader told us. “Limited staff and no pages.”

One senator we spoke with told us they “wouldn’t be surprised if the State House is members and staff only pretty soon.”

Meanwhile, a top staffer indicated the building could be “closing to all but staff members and media.”

Lawmakers also told us they were dealing with unconfirmed reports about a lobbyist who was at the S.C. State House last week who had reportedly come down with symptoms that could be coronavirus-related.

This news outlet has not been able to confirm those reports either, however.