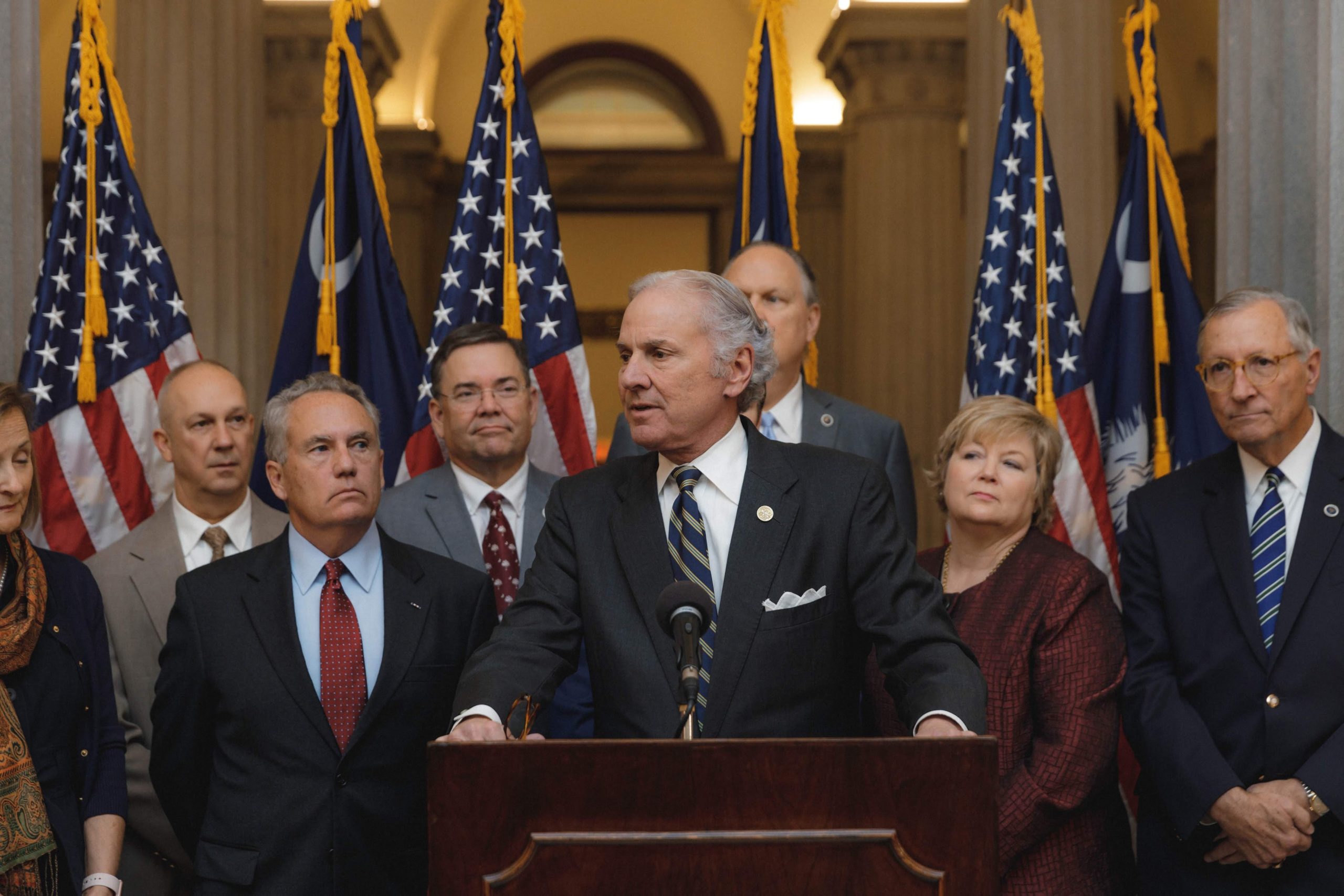 Amid their headlong rush to spend nearly every penny of a multi-billion dollar surplus, lawmakers in South Carolina have agreed to give beleaguered taxpayers a modest $128 million “tax cut” in the upcoming fiscal year 2020-2021 budget. Why? Because they want a “tax cut” talking point, and apparently after growing government by more than $2 billion … giving less than one-fifteenth that amount back to taxpayers lets them claim they are for “tax relief.“

We do not concur. This is just like the last South Carolina “tax cut.” A joke.

Anyway, Palmetto State taxpayers are about to see a huge chunk of this minuscule “tax cut” go up in smoke thanks to the 2019-2020 coronavirus (known officially as 2019-nCoV).

With governments across the United States approaching peak panic in response to this virus, South Carolina governor Henry McMaster sent a letter to state lawmakers on Thursday urging them to appropriate $45 million to the S.C. Department of Health and Environmental Control (SCDHEC).

“I request the General Assembly consider a joint resolution to appropriate up to $45 million … to DHEC for coordination of the state’s public health response to the (coronavirus),” McMaster wrote.

McMaster did not specify how the money would be spent.

According to the governor, the $45 million “may be deducted from the $128 million one-time taxpayer credit” passed by the S.C. House this month.

“This credit would not be available to state taxpayers until they file their taxes in 2021,” McMaster said. “At this time, I believe these one-time surplus dollars should be utilized now to provide DHEC with funds, to the extent necessary, to address (coronavirus) in South Carolina.”

To be clear: We have no issue with McMaster (or whoever is running his administration) suggesting additional money be routed to an agency that is in the midst of addressing a legitimate public health issue. We would appreciate knowing the specific services or programs the money is intended for – and how his administration arrived at the $45 million figure – but if there is a legitimate health need served by this proposed appropriation, we have no issue with it.

We do, however, have an issue with McMaster going straight to the pittance of tax relief South Carolinians were set to receive in the coming year … and gutting it.

Seriously … was there no other section of the state’s record-breaking $31.1 billion spending plan where he could have looked to find this $45 million?

Or better yet …couldn’t he have put a hold on the increasingly expensive interchange taxpayers are shelling out for liberal billionaire David Tepper, owner of the National Football League (NFL)’s Carolina Panthers?

Because the last time we checked, that transportation boondoggle was going to cost taxpayers around $50 million …

Seriously … why didn’t McMaster cut that?

Sadly, he would rather snatch this money out of the hands of hard-working South Carolinians … allowing the Palmetto State’s crony capitalist, pay-to-play “favor factory” to keep on rolling.

Again, we do not necessarily have an issue with this appropriation (assuming McMaster tells us why SCDHEC needs it). We do, however, have a big issue with where McMaster is finding the money to pay for it … which frankly tells us all we need to know about where his true loyalties lie.

What do you think? Should this appropriation be made? And if so, who should pay for it?