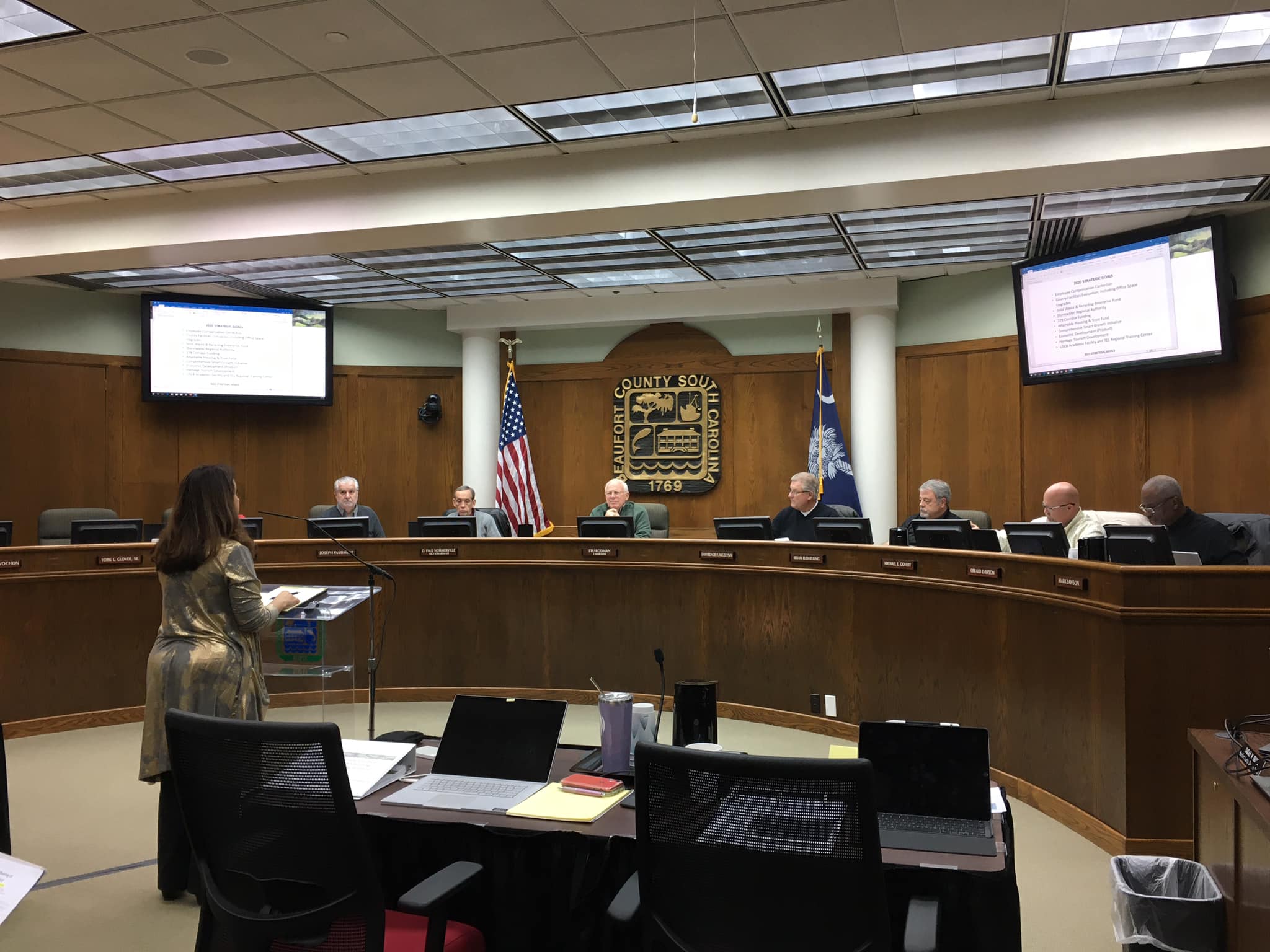 A failed attempt to oust the chairman of the Beaufort county, South Carolina council could impact the race for the Palmetto State’s first congressional district, multiple sources familiar with the situation have told this news outlet.

One of the council members who tried to remove powerful chairman Stu Rodman from his position on Monday evening is Michael Covert – a staunch social conservative who is campaigning for the right to run against incumbent Democrat Joe Cunningham this fall.

Covert has not been able to gain much traction in this race, as GOP frontrunner Nancy Mace has been dominating in polling, fundraising and grassroots support since announcing her candidacy.

Mace’s dominance in the race has prompted Covert to take a few shots at the 41-year-old state lawmaker – although so far none of his allegations or insinuations have stuck.

Now Mace – who hails from Berkeley county, S.C. – may wind up getting the better of Covert in his own backyard. Especially after Rodman allegedly told several confidants he was planning on backing her financially following Covert’s participation in the failed coup Monday night.

Without getting into the parliamentary weeds of county governance in Beaufort, a rules change vote that would have provided for Rodman’s ouster failed on a 5-5 vote (one member of the 11-person council was not in attendance at the meeting and, curiously, has declined to say how he would have voted on the motion or Rodman).

Council members moved against Rodman after being called out by the delectably incisive quill of columnist Liz Farrell, who really ought to be cutting her keystrokes in the state capital of Columbia, S.C. (or for that matter in Washington, D.C.).

She is that good, people.

“Bravery seems to be in short supply in this county,” Farrell wrote, adding that Beaufort council members needed to drink from “a courage-infused Leadership Latte” prior to their next council meeting with Rodman.

“I’d happily pay a moonlighting barista to crank out a bevy of hot drinks,” she added.

Farrell claimed in her column that Rodman has been “subverting the public process” by undercutting county administrator Ashley Jacobs and bypassing the will of the council.

According to her, Beaufort county under Rodman’s rule has shown a “contempt for open government and an extreme allegiance to a system that allows for a domineering, bullying few to impose their shadowy will behind the scenes, in ways that skirt the rules, duck from public oversight and lack meaningful or vocal rebuke from those council members who have integrity.”

Told you she was good …

We don’t know whether Beaufort county council will take another run at ousting Rodman, but Covert’s starring role in the failed coup on Monday night apparently had immediate consequences.

“You are witnessing how a Council Chairman subverts the rule of law, trying to create a fifedom (sic) and continue to undermine the County Administrator,” Covert posted on Facebook Monday evening. “If you are a citizen of Beaufort County…. you should be pi$$ed. You just got ‘taken’ tonight.”

His actions … had reactions.

“Rodman has pledge(d) to fundraise for Mace and do whatever he can to prevent Covert from becoming congressman (because) of what happened last night,” a source following the fallout from the failed coup told us.

This news outlet has spoken to two donors reportedly tied to this effort. Neither would discuss their conversations with Rodman, however both confirmed they were newly minted Mace backers.

Again, it wouldn’t take much to derail Covert’s candidacy because it hasn’t gotten very far down the tracks to begin with … and while Rodman seems to be earning a bad reputation for himself in the Lowcountry, our guess is Mace would welcome some new financial support (and fresh connections) in a corner of the first district where she is not quite so well-known.

Anyway, we will continue to follow the drama in Beaufort … particularly as it intersects with the race for the first congressional district.

As it stands now, though, Rodman’s rumored involvement in the race is unlikely to do much to alter its trajectory …