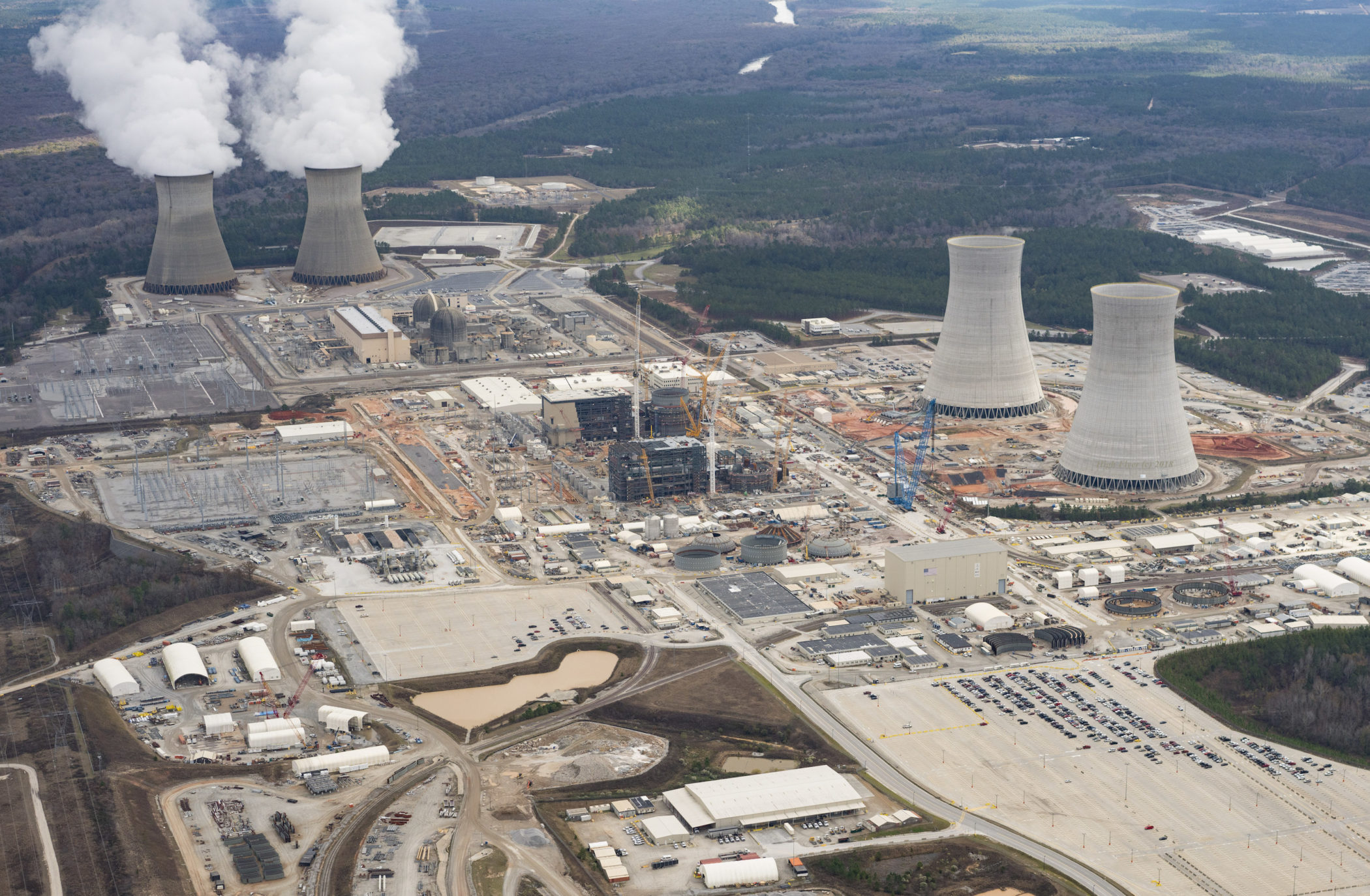 Last September, the owners of Plant Vogtle (a.k.a. the Alvin W. Vogtle electric generating plant in Burke County, Georgia) decided to move forward with the planned construction of two next generation, pressurized water nuclear reactors identical to the ones abandoned in South Carolina the previous year. In fact, it was the $10 billion failure of the Palmetto State’s V.C. Summer nuclear generating station expansion (a.k.a. NukeGate) that inspired officials in the Peach State to keep grinding it out.

“Our commissioners looked across the river into South Carolina and frankly, I know I concluded the only thing worse than going over budget on this plant was canceling this plant,” Georgia Public Service Commission (GPSC) member Tim Echols told WSAV TV-3 (NBC – Savannah, Georgia) at the time.

According to Georgia officials, Vogtle’s two planned reactors – units 3 and 4 – were scheduled to come online in November 2021 and November 2022, respectively. Assuming that happens, they would become the first new nuclear power sources built in the United States in decades.

The total estimated cost of the project? A whopping $27 billion – more than twice the original budget for the reactors.

Oh … and just like the abandoned South Carolina reactors, the two new reactors in Georgia have been subsidized in no small part by rate hikes on consumers.

So … what is the latest on this project?

A report prepared this week for GPSC indicated the latest timeline for Vogtle had become “significantly challenged” – and that the project was “significantly behind the schedule” established for it in April of this year. As a result, staff and consultants for GPSC claimed the latest reactor completion plan submitted by Georgia Power – a subsidiary of Southern Company (which owns the largest share in the reactors) – was “no longer relevant to the project.”

Accordingly, staffers could not tell GPSC officials with certainty when the project would be completed.

Southern Company is a 45.7 percent stakeholder in Vogtle. Oglethorpe Power owns 30 percent of the project, while subsidiaries of the Municipal Electric Authority of Georgia own 22.7 percent. The remaining 1.6 percent is owned by Dalton Utilities.

What does the project leader have to say about the latest reported scheduling issues?

“Georgia Power continues to expect that we will achieve the in-service dates of November 2021 and November 2022 for Vogtle units 3 and 4, respectively,” a spokesperson for Georgia Power told reporter Matt Kempner of The Atlanta Journal-Constitution.

Not surprisingly, timing matters as it relates to when these reactors are completed.

“(This is) more risk for the plant,” one industry source told us. “It’s definitely not looking good for Georgia Power since they have to eat the overruns.”

Here is the kicker from Kempner’s report …

(GPSC) staff and consultants concluded that it still makes economic sense to continue the Vogtle expansion, but that if the project is delayed by another year and a half, that would no longer be the case.

First of all, isn’t that the ultimate expression of failed command economic planning?

One pro-free market lawmaker in South Carolina who spoke with us referred to this reference as “another exclamation point on the argument that market competition is the only way to protect ratepayers.”

“This would never happen in a competitive market,” the lawmaker told us.

Unfortunately, politicians in South Carolina do not believe in competitive markets. Which is why they plunged the Palmetto State headfirst into a multi-billion dollar command economic debacle in support of the two now-abandoned reactors in Jenkinsville, S.C. (just north of the state capital of Columbia). In addition to socializing the “private sector” investment risk associated with this project, these lawmakers have compounded the damage by refusing to sell Santee Cooper – the government-run utility that owned a 45 percent stake in the never-to-be-completed reactors.

They have one more chance to offload Santee Cooper in 2020 … but had they done so when we first recommended the idea (over a dozen years ago) they could have netted billions for taxpayers instead of merely erasing the utility’s multi-billion dollar debt (the majority of which is tied to NukeGate).

Again, though … this is what happens when government runs something that ought to be left to the marketplace.

Of interest? Just two months ago, Santee Cooper was a participant in secretive offline negotiations with Southern – talks which came to an abrupt halt when South Carolina legislative leaders caught wind of them.

Santee Cooper executives had hoped to enter into a “memorandum of understanding” with the Atlanta-based company – which could soon find itself desperate need of buyers for the massive amount of power Vogtle is slated to produce (assuming its two new reactors ever come online).

Frankly, the latest bad news out of Georgia offers another warning of the danger inherent in allowing Santee Cooper to continue operating outside the boundaries of market-based accountability.

Because if there is a bad deal to be found … Santee Cooper will find it.

“The Santee Cooper board definitely has a nose for sh*tty business partners,” a source following the latest Vogtle reports told us.