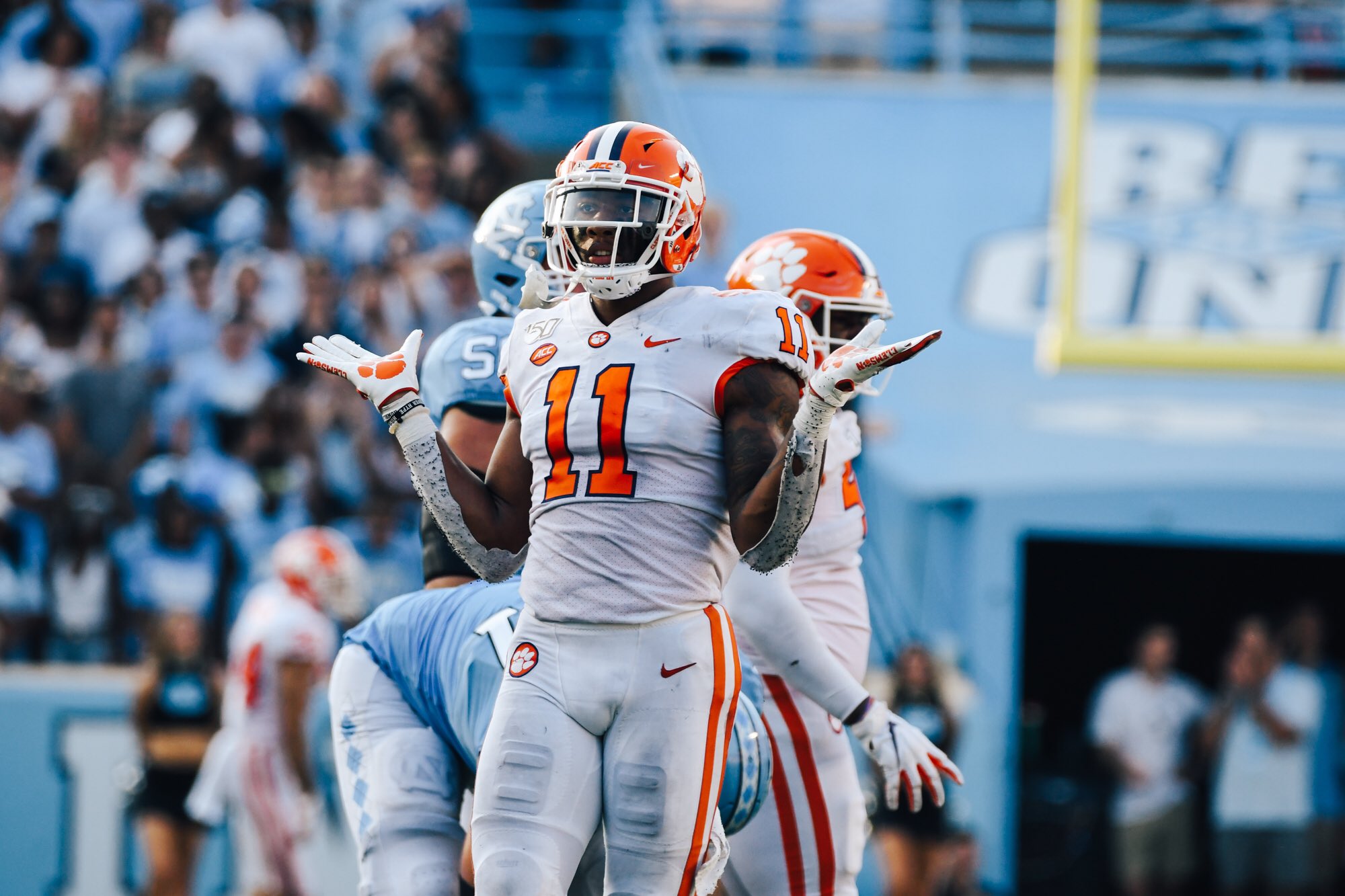 Clemson University’s defending national champion football team got its toughest test of the season from an unlikely source on Saturday afternoon.

The Tigers entered Kenan Memorial Stadium in Chapel Hill, North Carolina as 27.5-point favorites over the host Tar Heels – but the game did not go according to the script envisioned by odds makers.

Clemson (5-0, 3-0 ACC) required a fourth quarter touchdown, a last-minute defensive stand and also had to survive an onside kick attempt in order to escape with a one-point win – its narrowest victory since defeating Texas A&M by two points last September.

Moments after Mack Brown’s Heels scored a potentially game-tying touchdown with only 1:16 remaining on the clock, the 68-year-old coaching legend opted to try and win the game with a two-point conversion rather than attempt an extra point that would have forced overtime.

“My thought was, ‘go now, we’ve got momentum, they’re tired,’” Brown said of his decision. ““If I had to do it again, I’d run a different play since that one didn’t work.”

North Carolina attempted the same triple option call it used on a successful two-point conversion attempt against South Carolina earlier in the season.

Unfortunately for Tar Heel fans, Clemson has better athletes – and better defensive coaches – than the Gamecocks. Coordinator Brent Venables predicted the play North Carolina would run, and had his troops deployed accordingly.

With no one to pitch the ball to, true freshman quarterback Sam Howell was dragged down by a trio of Tiger defenders two-and-a-half yards shy of the goal line – preserving a 21-20 Clemson lead.

“It was a play we were very confident in,” Howell said after the game. “In my opinion it was a good play call. It was something we liked against them. They just made a good play on defense.”

Even after the big stop, the Tigers nearly gave the ball back to North Carolina when sophomore placekicker Noah Ruggles executed a perfect onside kick that took a Tar Heel bounce – sailing right through the hands of cornerback Derion Kendrick. At least three North Carolina players had a shot at recovering the bouncing ball before it was directed harmlessly out-of-bounds by Tigers’ wide receiver Justyn Ross.

“I know we’s supposed to just show up and beat everybody by double digits and all that, but this is college football,” Tigers’ head coach Dabo Swinney said after the game. “We’re a new team, this team is learning and growing.”

That much is for sure …

The Tigers’ high-octane offense – which came to Chapel Hill averaging 42 points and 525 yards per game – was held to 21 points and only 331 total yards. With one notable exception, all of Clemson’s potent offensive weapons were held in check on Saturday, including Heisman Trophy candidates Trevor Lawrence and Travis Etienne.

Lawrence finished his afternoon completing 18 of 30 passes for 206 yards with one touchdown and no interceptions. He added 45 yards and a score on the ground, though, his fourth rushing touchdown of the season.

Etienne (above) – who erupted for 205 yards in Clemson’s season-opening win over Georgia Tech – was held below 100 yards for the fourth consecutive game. The 5-foot-10, 210-pound junior from Jennings, Louisiana did score his fifth touchdown of the season, though.

Higgins has 22 receptions for 505 yards through five games – including three touchdowns. He will have to continue making the sort of clutch catches he did against North Carolina if the Clemson offense is going to get back on track after its disappointing showing Saturday.

The near-upset proved costly to Clemson in the polls. After opening the season at No. 1 and remaining atop the college football world for the first four weeks of the season, the Tigers fell to No. 2 in both the Associated Press and Amway coaches polls on Sunday afternoon – placing behind Alabama in both surveys.

Swinney’s team will have a weekend off to work out the kinks before hosting unranked Florida State at home on October 12.