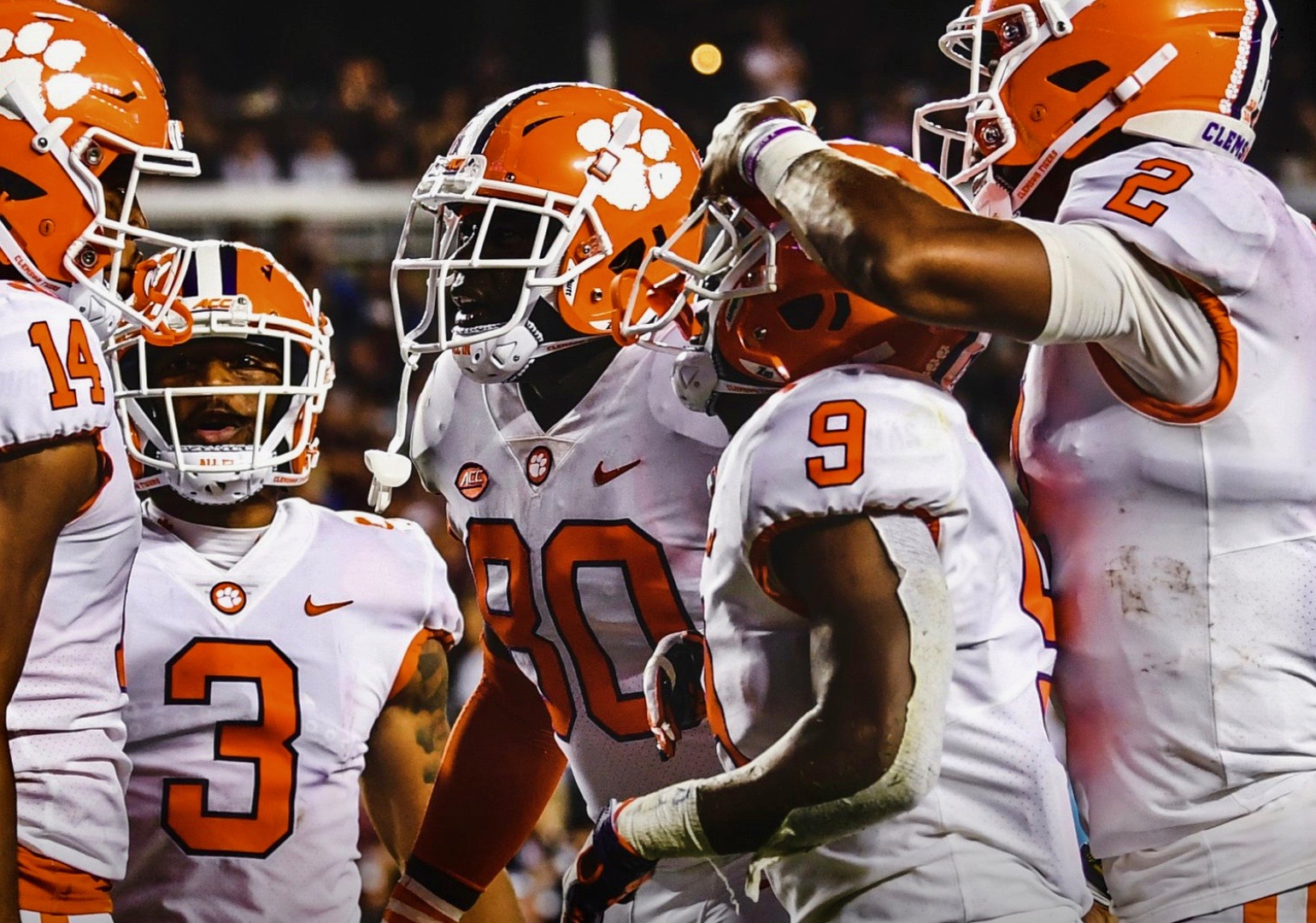 After scoring what would wind up being the game-winning touchdown late in the third quarter of the Tigers’ 28-26 win over the Aggies, Clemson University’s standout sophomore running back raised his hands and flashed dollar signs to the 104,794 fans assembled at Kyle Field.

The gesture mimicked former Texas A&M quarterback Johnny Manziel, who popularized it back in 2012 as he captured the Heisman Trophy during his redshirt freshman season under former Aggies’ coach Kevin Sumlin.

Luckily for Etienne, his Tiger teammates were able to back up his bravado … albeit barely.

After Aggie sophomore quarterback Kellen Mond connected with fellow sophomore wideout Kendrick Rogers on a 24-yard touchdown strike with only forty-six seconds remaining in the game, head coach Jimbo Fisher’s team found itself a two-point conversion away from taking the No. 2 team in America to overtime.

They came up just short, though …

Mond was intercepted by Tigers’ junior safety K’Von Wallace in the end zone on the potential game-tying two-point attempt – and the Aggies’ ensuing onside kickoff was recovered by senior wideout Hunter Renfroe, the hero of the Tigers’ 2016 national championship win over Alabama.

“In the end we found a way to win by two points,” Clemson head coach Dabo Swinney said after the game.  “We’re 2-0, and that’s what we came out here to do.”

For the second game in a row Swinney played both of his top two quarterbacks – returning senior starter Kelly Bryant and true freshman Trevor Lawrence.  But when the game was on the line, the ball went to Bryant (below) – and for the most part the 6-foot-3, 225-pound native of Calhoun Falls, S.C. did not disappoint. 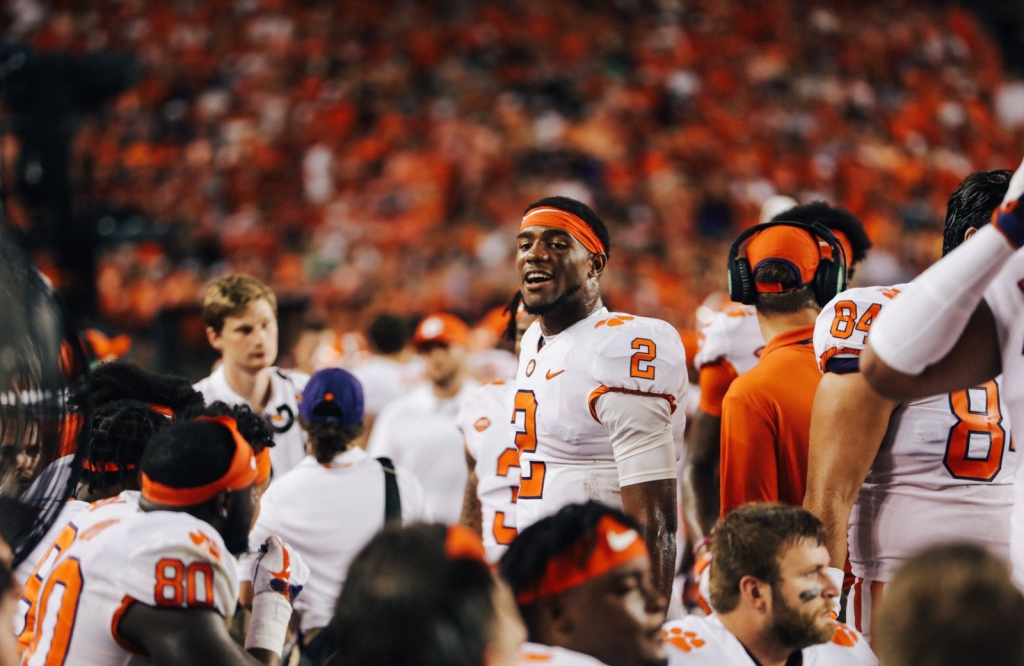 Bryant finished the game completing 12 of 17 passes for 205 yards with one touchdown and no interceptions.  He also ran for 54 yards on 15 carries, adding another touchdown.

With the win, Bryant moved to 14-2 as Clemson’s starting quarterback (including a 3-1 mark against SEC opponents).

Lawrence entered on the Tigers’ third offensive series and threw a 64-yard touchdown strike to sophomore wide receiver Tee Higgins on his first throw of the game.  The former No. 1 national prospect didn’t do much after that play, though, completing just four of his next eight passes for 29 yards as the Tigers’ offense struggled to move the football under his direction.

Of course the offense also struggled in the fourth quarter under Bryant, repeatedly failing to put the Aggies away late in the game.  Still, with the outcome hanging in the balance Swinney kept sending Bryant out onto the field – solidifying his status as the top signal-caller in Tigertown.

Mond, meanwhile, left no doubt as to who is running the Aggie offense – posting a career-high 430 yards through the air with three touchdowns in only his second game in Fisher’s system.  Seven of his 23 completions went to Rodgers, who amassed 120 receiving yards and scored a pair of touchdowns.

Not too shabby against arguably the best defense in America …