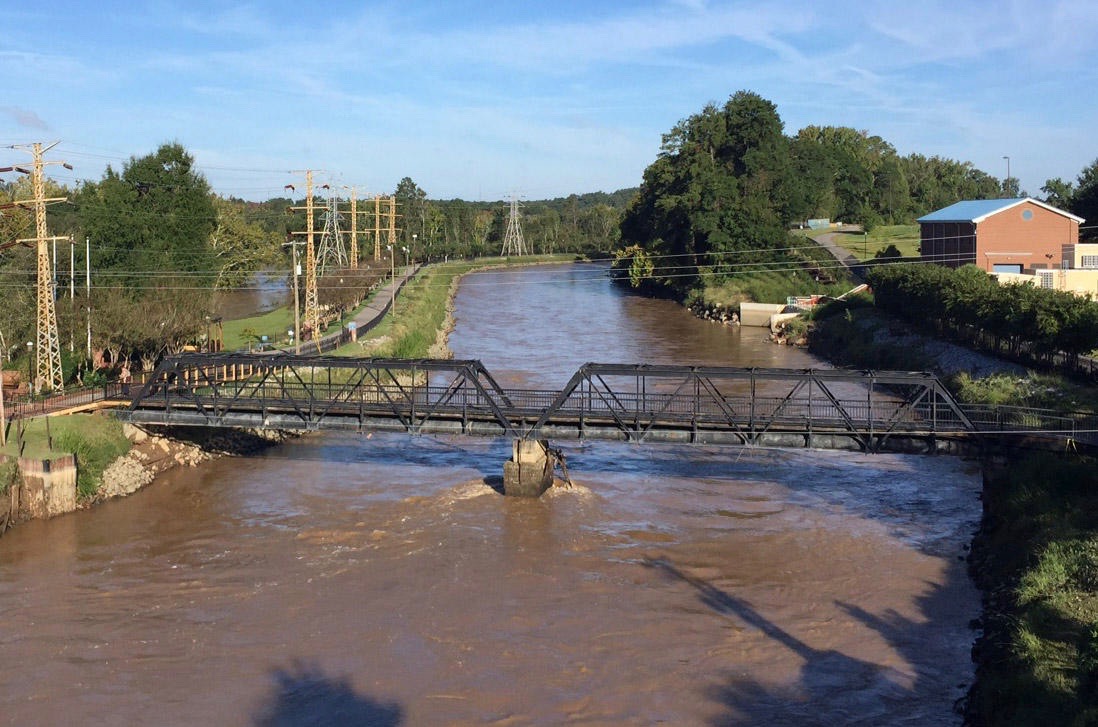 This news outlet is out of the business of defending U.S. president Donald Trump. Not only that, when it comes to the fiscal issues Trump was supposed to lead on – but didn’t – we are now in the business of calling him out.

Today, though, we are taking up for Trump in the wake of demonstrably disingenuous criticism from Columbia, South Carolina mayor Steve Benjamin.

According to the scandal-scarred mayor, Trump is to blame for the ongoing failure of the city to repair the Columbia Canal – which was badly damaged during the 2015 #Floodmaggedon disaster.

Benjamin addressed a tweet “to all who are perplexed as to why the Columbia Canal has not yet been repaired since the 2015 storms,” alleging that Trump was taking millions from the Federal Emergency Management Agency (FEMA) to use on immigration courts and detainment facilities for the Immigrations and Customs Enforcement (ICE).

But what Benjamin failed to mention is the rumored $169 million price tag associated with a “permanent fix” for the canal is something the city could easily afford were it not on the hook for his colossally unsuccessful Bull Street boondoggle – a speculative real estate project that has dramatically underperformed expectations.

Actually, that is putting it politely. Bull Street is a bust, people. And Columbia taxpayers are going to be subsidizing it for years.

So far, an estimated $67 million in public funds have been spent on Bull Street – with another $40 million obligated. With interest costs, we are looking at a tab of around $160-170 million when it is all said and done.

Bull Street has failed to even approach the lofty promises made by Benjamin (above) and other politicians … which only increases the fiscal risk associated with the project.

Either way, though, the bottom line is simple: Benjamin could have fixed the damn canal himself had he not tied up taxpayer money in the speculative real estate game.

This is hardly a news flash, though …

Four years ago, this news outlet exposed the extent to which Benjamin was neglecting core functions of government in pursuit of command economic glory. Specifically, we slammed him “for blowing millions of city tax dollars on baseball stadiums and speculative real estate deals while skimping on long-overdue upgrades to the city’s water and sewage system.”

Now he is blaming the White House for his own failure to prioritize?

What do you think? Who is most to blame for the Columbia canal not getting fixed in a timely manner? The mayor or the president? Vote in our poll and post your thoughts in our always lively comments section below …

Will South Carolina’s NukeGate Reactors Be Built After All?

What Went Down At The Sleep Inn In Spartanburg South Carolina?