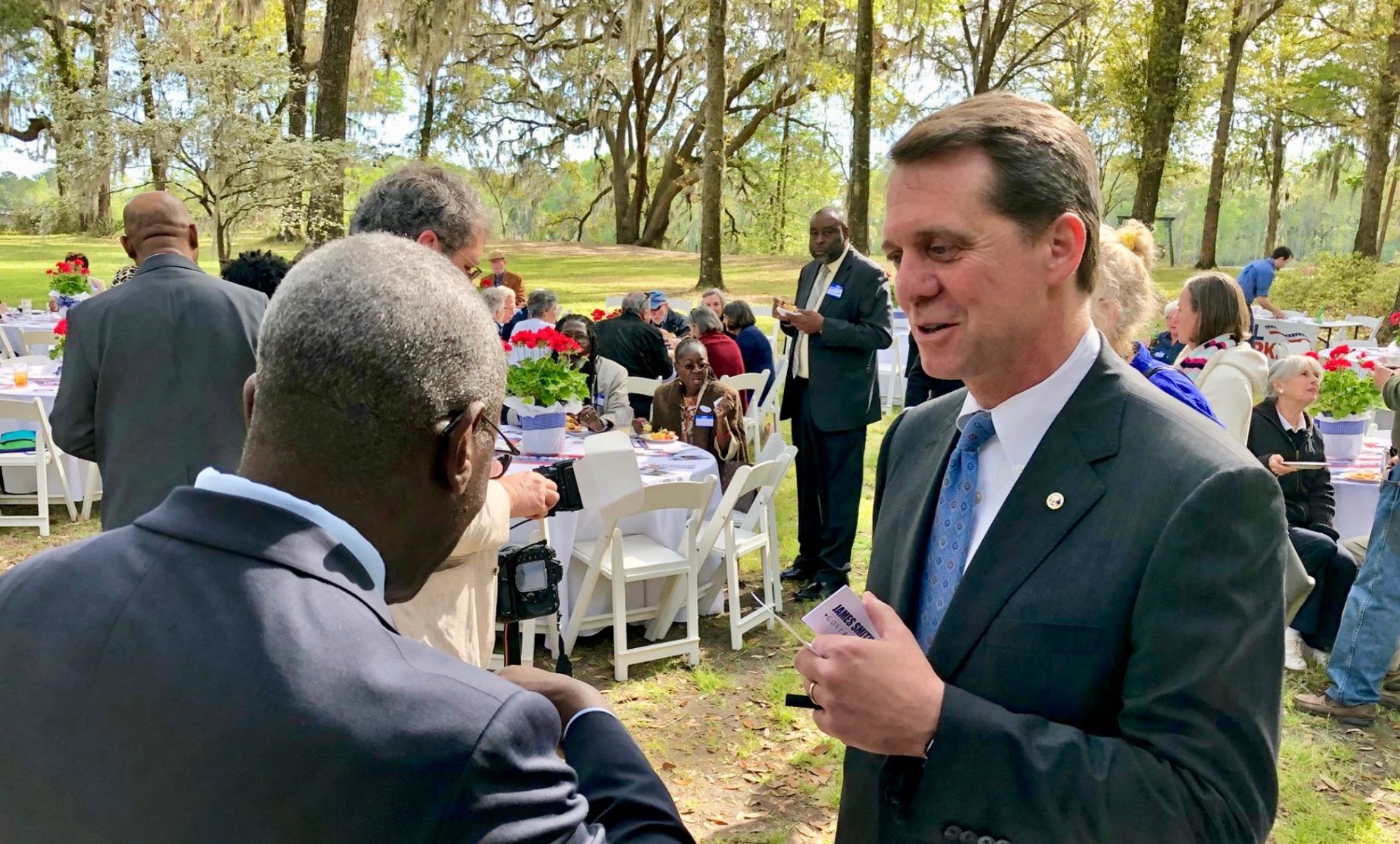 South Carolina’s Republican governor Henry McMaster moved heaven and earth to get retired U.S. Army general Robert Caslen installed as the next president of the University of South Carolina earlier this month.

Imagine the governor’s surprise, then, upon discovering that his Democratic opponent in the 2018 gubernatorial election had been invited by a trio of trustees to retrieve Caslen from Orlando, Florida for his triumphant arrival in the Palmetto State.

According to our sources, former S.C. minority leader James Smith accompanied trustees Hugh Mobley, Dorn Smith and Thad Westbrook on the University plane last week as it collected the 65-year-old Connecticut native from the University of Central Florida (UCF), where he was wrapping up a stint as a consultant to the school’s president.

Why was Smith on the plane? That’s an excellent question …

“When you invite James Smith on that plane, the only reason you do so is Typhoid Mary is otherwise engaged,” one state lawmaker told us, referring to Mary Mallon, the Irish-American cook who infected more than fifty people with typhoid fever in the early twentieth century.

Smith was controversially hired by South Carolina earlier this year, one of many liberal politicians the increasingly left-leaning school has added to its ranks in recent years. Of course Smith broke ranks with his partisans/ ideologues in backing the candidacy of Caslen – whose nomination was bitterly contested by the school’s deeply divided governing board.

Caslen ultimately prevailed by an 11-8-1 vote.

Smith was reportedly in the running to become Caslen’s chief of staff, although according to our sources McMaster has definitively vetoed that arrangement. Some have speculated McMaster wants to install his own chief of staff – Trey Walker – to the top post in Caslen’s office instead.

Walker previously served as the school’s director of state relations for three years from 2011-2014.

Our view on all of this? Not to sound like a broken record (too late), but the perpetual politicization of higher education by Palmetto State “leaders” is unfortunate – and totally unnecessary.

Why? Because as we have argued for years, higher education is not a core function of government. Particularly not the wasteful, duplicative way it is done in South Carolina.

Given our belief that all colleges and universities across the state (and the nation) should be immediately privatized, we took no position on Caslen’s candidacy. To do so would have been hypocritical on our part.

“Set these institutions free to pursue their destinies in the private sector and let the free market determine the outcome of such squabbles,” we wrote prior to the board’s vote on his nomination.

We will assess Caslen on the basis of his performance in office. And based on the man he is following into office, it is hard to imagine him doing any worse.

Meanwhile, the school’s board is headed for major upheaval over the next few months. With nine of its twenty voting members up for reelection in 2020, state lawmakers are likely to jettison more than a few of them. Also, as many as nine voting members may lose their positions altogether if state senators Dick Harpootlian and Harvey Peeler get their way and pass a bill consolidating the board.

Either way, change is coming …

“There will be blood on the floor,” one lawmaker told us.

Perhaps. Still, we hope state lawmakers do not confuse limiting the number of political appointees on this board with a reduction in the political influence exerted on the board. Because whether we are talking about eleven or twenty politically appointed board positions … the same people are still making the appointments.