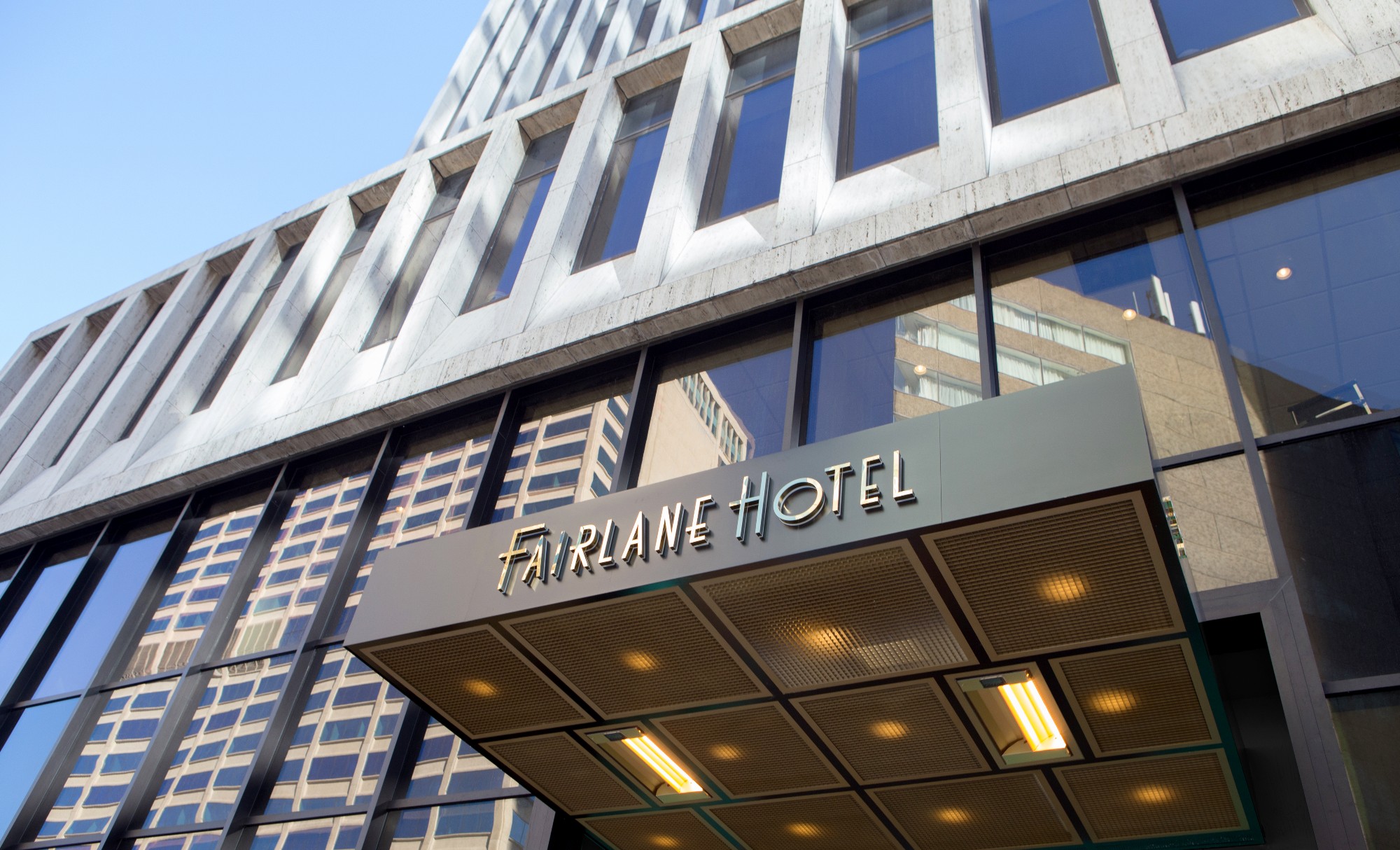 by AMY FEINSTEIN || It would perhaps have been cheekier to call this episode of Bravo TV’s Southern Charm “All Will Be Revealed” as we have learned a lot tonight, ranging from the subtle fyi of who knows how to properly eat an artichoke (and the name of the “stuff” you dip it in) to why Shep Rose hates Austen Kroll’s sometimes girlfriend, Madison LeCroy.

We also get to play a version of Where’s Waldo? but instead ask “Where’s
Eliza?” As in Eliza Limehouse. Isn’t she supposed to be a cast member?

From a personal perspective I’ll take more of the lovely Madison Simon, head honcho from Gwynn’s, any day of the week – but it’s curious as Bravo usually throws a bone to each “cast member” equally. These days, though, we sure see more of Madison and Danni Baird. On the same note, let’s see more of Chelsie Ravenell! I know an interesting man who works for a living is a new concept, but let’s give it a tumble!

Well, off to the races, or the trudge or the effort not to turn this into a Freudian therapy session about Lost Boys. Great, now that cute Disney song, “Never Grow Up” is stuck in my head, particularly the lyrics:

Perhaps Craig Conover could switch out Frozen for Peter Pan and learn something. Maybe get tips on eyeliner from Disney pirates?

I digress (isn’t that what reality television is all about?), but have to say I
hesitantly wrote last week that I thought our beloved Charmers were in
“jumping the shark” territory. This week I am feeling momentum – and not the kind one gets watching Henry Winkler in leather doing stunts to impress Pinky Tuskadero.

The episode starts with Cameran Eubanks’ voiceover of how we got to this point, and she mentions “bros toasting,” but let’s face it, it’s more like perpetually toasted bros. What other job allows you to mainline alcohol while at work? Anyway, what we have is a basic alpha male vs. beta male struggle, and the alpha is feeling threatened lately. They are taking the show on the road to Nashville, where they will trade in their RV for a luxury suite, used to lure unsuspecting women in for a party and a bit of therapy.

Meanwhile, Danni is keeping a promise to her mama and looking into freezing her eggs, and Chelsea Meissner is along for the ride to perhaps learn about the uterus and where it is. I have to say, I look forward to the on-screen making up of Danni and Kathryn Calhoun Dennis because she would be a good partner to talk all things child birth.

Seriously, does anyone think that KD and Danni are at risk of ending their friendship? We learn that Danni has acceptable blood pressure, and that her pulse is a bit high, but she’s at the gynecologist and on television, so we’ll chalk that up to the fear factor combined with talking about reproduction. Here’s the plan: Danni signs up for the egg freezing, and to make amends, KD does the injections for her, and we’re all good. Too bad former Charmer Thomas Ravenel‘s ex-girlfriend Ashley Jacobs has flown the coop. She was a nurse or something? Right? She could finally be useful (though I’m guessing Danni wouldn’t want to be alone with her with sharp objects).

Shep tells the boys that they are in Nashville. Where would they be without him as narrator/ navigator? They arrive at the Fairlane Hotel, which looks lovely, and the first thing they say upon seeing their suite is, “We need to have people back here!”

This is a male thing. You never see the Real Housewives of Wherever saying let’s lure men back to our villa. In fact, when one RHONY did this, the other women freaked because there was a strange dude in the house who I think resembled Johnny Depp on a bender.

The penthouse suite likely smells like Titos and bad judgment. Whitney Sudler Smith, what are you doing there? Sure, enjoy a nice steak with the boys (I’m pleased to see you still go carnivore on occasion), a few glasses of wine, and catch up on season one of Succession on HBO whilst soaking in the tub (with the door locked of course, because we’ve all seen the sort of randos Austen drags in).

Boys, you get to a point and an age where you go from fun wild guy to icky.
Where people stop referring to you as fun, and start diagnosing you. Some of you are close, others are lying on the couch asking about your beautiful house, your beautiful wife, saying “how did I get here?”

As the hunters prepare to go out for the evening, I think about what Patricia has mentioned about the #metoo movement, and these guys still haven’t fully read the memo (no, I do not see Whitney bringing a “girl” as nearly 40 year old Shep calls them, back to the suite), where you still head out to a bar to talk about how big your, um, penthouse is. The women who are impressed by this are like tissues to y’all. You blow your, well … you get the metaphor, but it’s about people being discardable, and how you could end up needing to call R. Kelly for a legal referral. And speaking of that wordsmith, you guys could use Ignition as a theme song, which I am ashamed to say I have found myself humming. “Can I get a toot toot?”

I hate to say it, but why can’t you be more like Metul Shah, but handing out gold stars for Butter Chicken effort? I’d maybe say Jason, but he’s still invisible.

Back to Nashville: Just why is Shep still so butt hurt about Madison? He
exclaims, hands on hips, that there are 500 women more beautiful than Madison in Nashville. Nope. He’s wrong, but the fact that he is soooo insistent makes it seem like he got rejected once upon a time. Maybe broke out his best line, and she ended up with Austen instead. Is this a repeat of the Chelsea situation? You make a terrible green eyed monster, Shep. And you have a tell – when you get forthright, it’s clear you are hiding something.

And the pissing contest with the wine? Other than Whitney, I’ll bet none of you can tell the difference, and let’s face it, at the end of the day, Bravo is paying.

Have a safe trip back boys, I’m done, did anyone else notice the boys heading down Predators Way?

Back at Villa Patricia Altschul, she has bought some amazing artichoke dishes that look like Majolica (but I could be wrong). Anyway, she has invited the gals now that “all the guys are in jail.”

Over at Naomie Olindo’s house, she is trying her hand at Indian cooking, and I agree, there is a learning curve. I’ve got two words for you girl, Masala Dabba. Get yourself a spice box, and customize it, and you will soar to the head of the class.

That and never run out of fresh ginger root or Basmati rice. Granted, I only need to impress a well-traveled WASP, but you’ll get there.

At Patricia’s the guests are arriving, with Madison as the first guest. Next is Naomie and then Danni. The vibe between Madison and Danni is still awkward, but it looks like Naomie is feeling it the most. Danni realizes that telling yenta Craig was the “dumbest thing” that she could have done, as it dragged her into this mess.

Cameran is next, and the ladies get down to talking about Kathryn’s rebound, Joe Abruzzo, whose penis, according to Madison, looks like that “of a Ken Doll” in his naked mirror selfie, likely taken at the gym after an HGH smoothie and a full body waxing.

Patricia puts on the reading glasses for a closer look at the waxed and oiled former Boca Raton politician.

Right on time, Kathryn arrives with Madison Simon. From behind at the door, KD looks like Little Red Riding Hood at grandmother’s villa.

Kathryn sits down and announces that she and Mr. Ken Doll have broken up, as she saw the light, and wants to talk to Danni. This is the difference between the genders on Southern Charm. While the boys keep “busting balls” the ladies can get down to admitting that their feelings were hurt, or they felt ganged up on and resolve things rather than it being Groundhog Day every day.

Back at the table, after the artichokes and aioli, and the tequila shots, Madison finally spills the tea on Shep (FINALLY!!!) She says the thing she dislikes most about Austen is the influence Shep has on him, and says that Shep called her a “white trash hairstylist,” which crosses a line with everyone at the table.

Cameran is serving as the Shep apologist, and it’s like having a spy from the
enemy camp at the table. Zip it. Let him explain himself, because the classist BS is old and tired. He sure is polite to the various “white trash” hairstylist when he needs his hair shorn, and I’d look out Mr. Fancy Pants, because I hear some of those trailer girls could teach you a lesson!

Madison then drops the bomb, saying that “maybe Shep is still angry that I
declined his offer when I was still married.” Yep, that could be it. Man babies don’t take rejection well.

Let’s guess how this went down: Madison was out and about, Shep made an indecent proposal, like, “call me when you dump that loser,” yet never actually asked her out after her divorce on a proper date. Then, when Austen actually does ask her out, Shep is pissed because he called dibs.

The finger bowls are placed in front of the ladies, and KD is trying hard to keep her eyes in her head when the talk turns to Whitney. One more comment and she’s be fishing her eyeballs out with the hand blown Czech rose petals.

A brief aside: Am I the only one who doesn’t think Shep should have a puppy? It’s a lot of work, but I suspect it’s either a stunt puppy or he’s hired a walker and a sitter (fingers crossed).

Someone needs to write Craig some better lines. “How are you going to get over Madison when you keep getting under her?” That’s how ya do it!

Someone needs to tell Craig and Shep when it comes to relationship advice, they need to MYOB. Ah, it’s the end of the episode, and I am left with words of wisdom from Salt-n-Pepa (the best group for kitchen dance parties with my girl), singing “None of Your Business.”

In scenes from next week, we meet canine Craig (who is the cutest little pup) and learn that zoning out is a form of hypnosis with KD and Naomie. At Cameran’s 35th birthday party, she ends up face down on the lawn, and Craig is still much too invested in other people’s relationships. Yes, the rollercoaster is still chugging up to that point where all hell breaks loose.