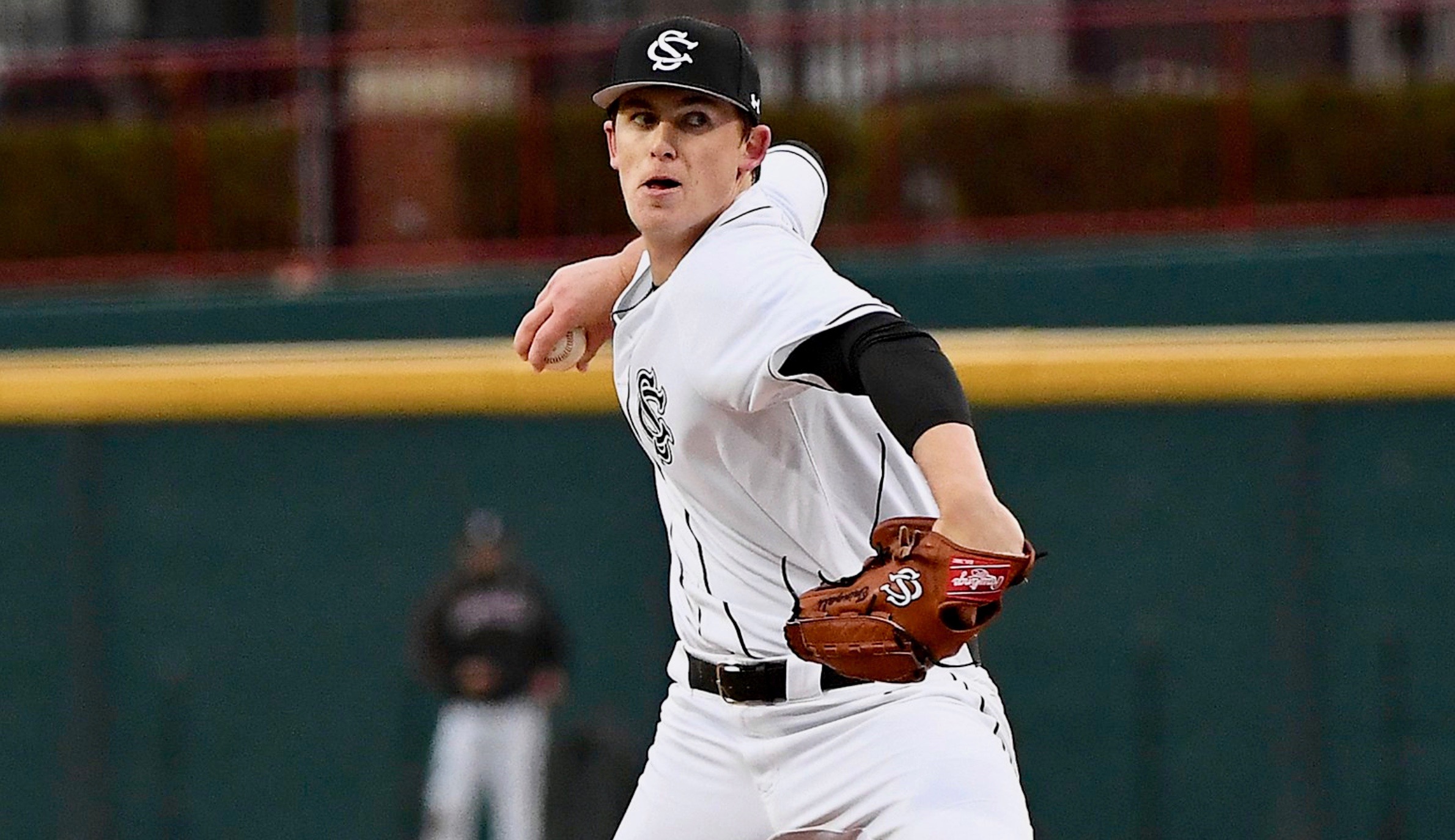 That word basically sums up the status of the University of South Carolina baseball program as it limps through its worst season in decades under second-year head coach Mark Kingston.

Forget making the NCAA tournament. The Gamecocks – who seven years ago were fixtures in the College World Series (CWS) finals – are struggling just to qualify for the SEC tournament, which is scheduled to be played next week in Hoover, Alabama.

On Thursday in Starkville, Mississippi the team was dealt its most ignominious defeat of the year – a 24-7 thumping at the hands of the fifth-ranked Mississippi State Bulldogs.

Another problem? Kingston’s “up with people” approach to being on the receiving end of such a drubbing.

“What I told them after the game was, as bad as this was and as ugly as it is, it still only counts as one against you,” Kingston told reporters after the game. “They don’t get extra credit for how many runs they scored, so it’s one that didn’t go our way.”

Really? “One that didn’t go our way?”

We were not expecting Kingston to perform seppuku or anything (we would understand if he did) … but we weren’t expecting a Nuke LaLoosh-esque platitude, either.

Not after Kingston’s team surrendered more than twenty runs to an opponent for the second time in as many weeks.

After capturing their first SEC series win (in nine tries) last weekend, the Gamecocks (27-26, 7-21 SEC) desperately needed to dig deep and get a win in Starkville (there’s that word again).

Luckily (?) for Gamecock fans, both Alabama and Kentucky – who share identically putrid SEC records with South Carolina – lost on Thursday, too (what can we say, misery loves company).

Which brings us back to where we were: The Gamecocks desperately needing to win at least one of their final two games against the Bulldogs (44-10, 19-9 SEC) in order to qualify for the conference tournament.

So, with two games left on the schedule for all three teams, South Carolina must do better than the Tide and do no worse than the Wildcats. And again, this is just to qualify for the conference tournament.

Such calculations may hold a bit of drama, but they do not hold out much hope for the future of a once-proud program.

Whatever happens this weekend, South Carolina has posted its third losing conference record in the last six years – which is absolutely unheard of (and totally unacceptable) for a program that reached the pinnacle of college baseball less than a decade ago.

Prior to 2014, the Gamecock program went seventeen years without a losing record in conference play. Against all opponents, the team hasn’t posted a losing record since 1996 – a twenty-two year streak.

If the Bulldogs win out in Starkville (ugh, again … that word) this streak will have ended.

Entering 2019 with modest expectations, the Gamecocks raced out to a 14-3 record in non-conference play (including their first series win over arch-rival Clemson since 2014).

Who is to blame? Ironically, the same man who led the team to the top of the mountain in 2010, the first of back-to-back national championships.

In 2012, Ray Tanner stepped down as baseball coach to become the school’s athletics director – a move that has simply not worked out for South Carolina (especially not when it comes to Tanner’s hires).

His hand-picked successor for the baseball program – Chad Holbrook – resigned under pressure following the 2017 season. And if allegations contained in court documents are accurate, Holbrook was actually plotting his exit strategy during the tail end of the Gamecocks’ atrocious 2017 campaign. Kingston was hired from South Florida to turn the program around, and delivered a 37-win campaign and an NCAA super regional appearance during his debut campaign last year.

Not only has he failed to replicate that “success,” his program has taken two (three?) steps backward this year.

Amazingly, Tanner received a two-year contract extension late last month – a move which was even more curious considering South Carolina is in the midst of a four-alarm dumpster fire when it comes to naming its next president.