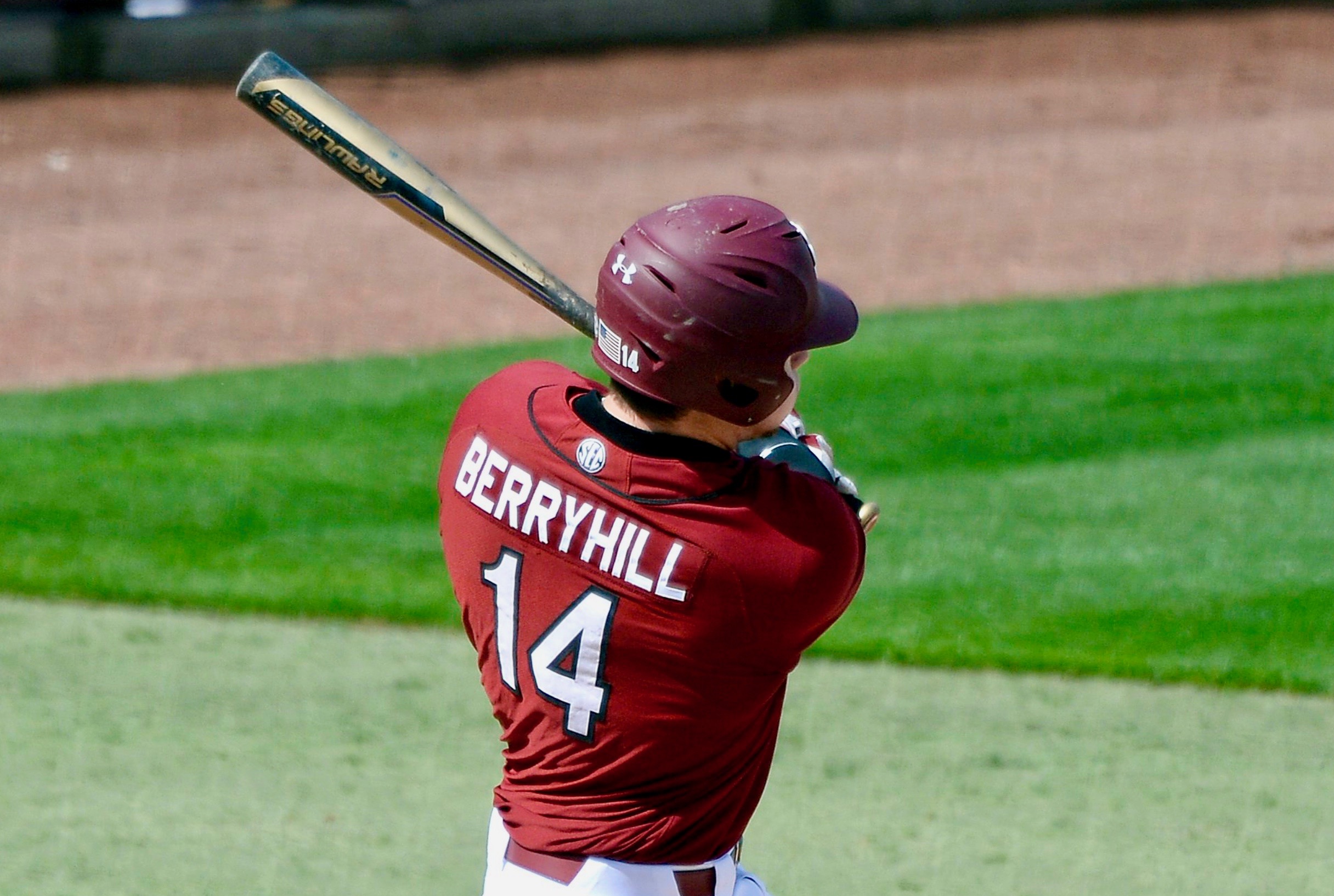 The 2019 season for the University of South Carolina baseball team was already what could charitably be described as a struggle. Now it is a full-on free fall … with the once-proud program fast approaching terminal velocity under second-year head coach Mark Kingston.

The Gamecocks (24-23, 5-19 SEC) were swept by No. 4 Vanderbilt in a doubleheader on Sunday – dropping their eighth straight Southeastern Conference series in the process. Actually, they haven’t won an SEC series all year. And prior to losing both games of Sunday’s twin-bill, the team was pummeled by the Commodores 22-11 on Friday.

Even if South Carolina sweeps its two remaining SEC series (which is highly unlikely) Kingston’s team can do no better than 11 conference wins – which would match the program’s all-time low set way back in 1994.

So, get ready for record futility.

South Carolina is already a lock to post its third losing conference record in the last six years – which is absolutely unheard of (and totally unacceptable) for a program that reached the pinnacle of college baseball less than a decade ago.

Prior to 2014, the Gamecock program went seventeen years without a losing record in conference play. Against all opponents, the team hasn’t posted a losing record since 1996 – a twenty-two year streak – although Kingston’s team could very well end that run, too.

Bottom line? This year’s Gamecock squad is historically bad … which, in an ironic twist, falls on the shoulders of the same man who led the team to a pair of national championships in 2010 and 2011.

That’s right. In 2012, Ray Tanner stepped down as baseball coach to become the school’s athletics director – a move that has simply not worked out for South Carolina (especially not when it comes to Tanner’s hires).

His hand-picked successor for the baseball program – Chad Holbrook – resigned under pressure following the 2017 season. And if allegations contained in court documents are accurate, Holbrook was actually plotting his exit strategy during the tail end of the Gamecocks’ atrocious 2017 campaign. Kingston was hired from South Florida to turn the program around, and delivered a 37-win campaign and an NCAA super regional appearance during his debut campaign last year.

Entering 2019 with modest expectations, the Gamecocks raced out to a 14-3 record in non-conference play (including their first series win over arch-rival Clemson since 2014). But then the wheels fell off. And then the program went careening over the cliff.

Now everybody is just waiting for the explosion … and the flames.

Amazingly, Tanner received a two-year contract extension late last month – a move which was even more curious considering South Carolina is in the midst of a goat rodeo masquerading as a search for a new president.

Meanwhile, up the road at Clemson …