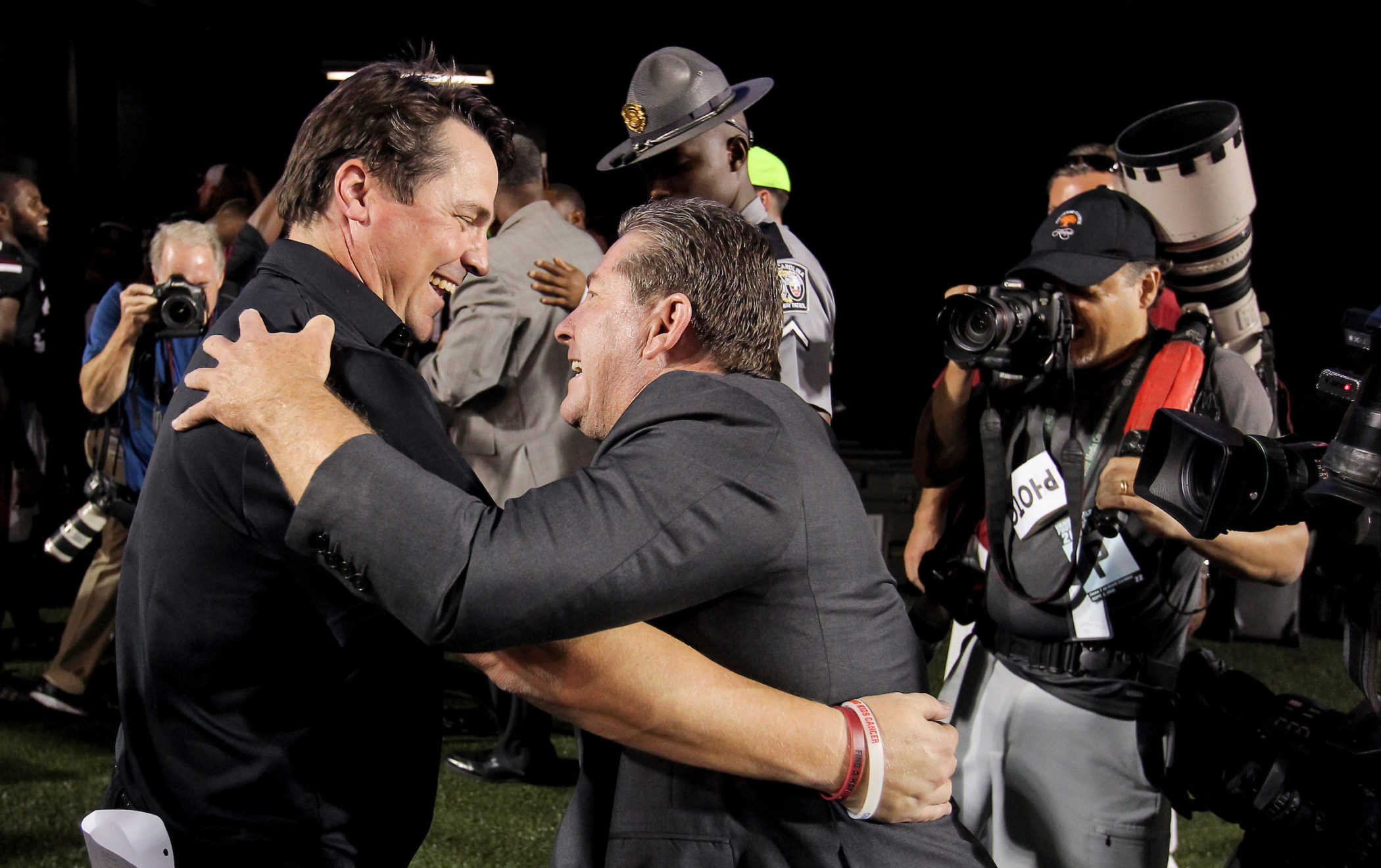 Two years ago, this news outlet criticized a decision by the University of South Carolina to extend the contract of results-challenged athletics director Ray Tanner contract through 2022.

“We do not believe Tanner’s contract extension was deserved,” we wrote. “At all.”

This week – with lame duck South Carolina president Harris Pastides on his way out the door and the search for his replacement in the midst of a major meltdown – the school inexplicably gave Tanner another two year extension at his current salary of $900,000 per year.

Which means the 61-year-old former baseball coach will be South Carolina’s athletics director through 2024.

“I’m very grateful for the support of (outgoing president Harris) Pastides and this board,” Tanner said in a statement. “They have accepted me into their inner circle, and I am grateful for the opportunity to continue.”

We bet Tanner is grateful for the opportunity to continue … very grateful … the question is whether he deserves that opportunity.

And another important question: Why was this decision made prior to the school hiring its next president?

What a shady way to do business … basically kneecapping the school’s incoming leader on one of the most important decisions they will face.

Back to the original issue, though: What has Tanner done over the last two years to warrant a two-year extension?

We aren’t exactly sure …

South Carolina’s once-proud football program – which was ranked among the nation’s top 25 teams for a school-record 69 consecutive polls from 2010-2014 – is backsliding badly under fourth-year head coach Will Muschamp.

With an insanely difficult schedule on tap …

Meanwhile men’s basketball – which made the Final Four in 2017 – has put together back-to-back middling campaigns under seventh-year head coach Frank Martin.

Then there is the school’s baseball program – which won a pair of national championships in 2010 and 2011 (with Tanner as coach). After backsliding precipitously under Tanner’s hand-picked replacement, Chad Holbrook, the program is currently experiencing its worst season since joining the SEC in 1992 under second-year coach Mark Kingston – Tanner’s choice to rebuild the program his chosen successor allowed to fall apart.

Bottom line? There is absolutely no justification for Tanner receiving a contract extension – under any circumstances. The fact South Carolina has chosen to extend his contract in the midst of a catastrophically mismanaged presidential search is even more disheartening … and again, discouraging to any credible candidate looking to take the reins of this mismanaged university.

The only thing working in the school’s favor in all of this? Its mediocrity-acclimated, self-loathing fan base – which is so full of “homer” apologists that decisions like this are usually swallowed hook, line and sinker.

South Carolina: Snowflake U Is Imploding