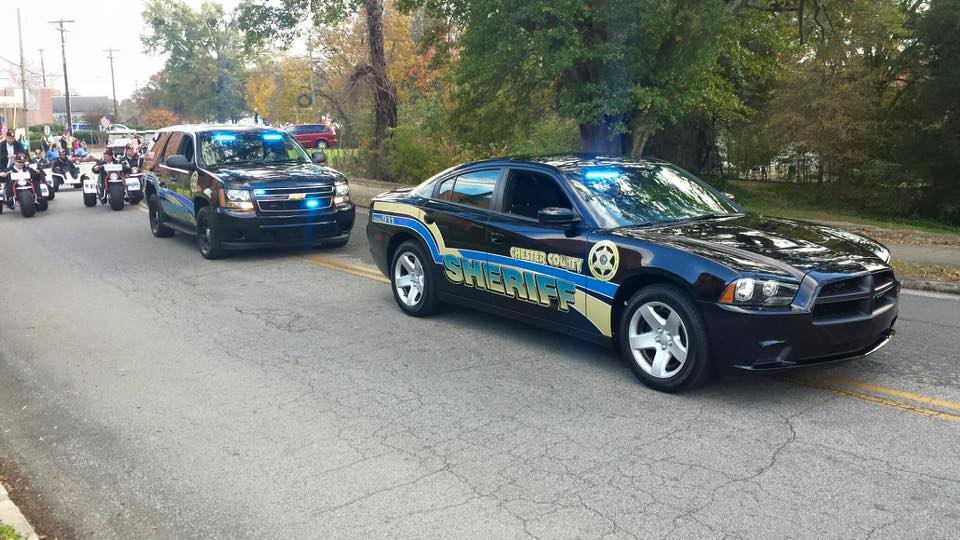 There is news … and then there is the fallout.

Yesterday’s big news in South Carolina was the indictment of Chester County sheriff Alex “Big A” Underwood and two of his subordinates on an assortment of federal charges.

Those indictments stemmed from a November 18, 2018 incident in which the sheriff and his associates allegedly accosted, assaulted, arrested and otherwise violated the constitutional rights of a yet-to-be-named individual who was live-streaming police activity on his cell phone.

You can read all the details related to the charges here, but there are several important takeaways from this big story that we believe to be instructive … and encouraging.

The Underwood case – like the cases of suspended Greenville County, S.C. sheriff Will Lewis, Florence County sheriff Kenney Boone, former S.C. fifth circuit solicitor Dan Johnson and a cabal of allegedly crooked cops in Orangeburg County – has demonstrated there is accountability when it comes to those in power facing consequences for their alleged misdeeds.

That had been an open question in the Palmetto State in recent months, but U.S. attorney Sherri Lydon and others like her have stepped up in a meaningful way – restoring public confidence in the integrity of law enforcement institutions.

Lydon in particular has been nothing short of a Godsend, peppering her increasingly frequent announcements of fresh criminal charges with reminders that no one is above the law – and that those who run afoul of the law in her jurisdiction (i.e. South Carolina) will be held to account.

That includes those who hold office, those who wear badges and those who prosecute criminals …

Not only has Lydon been aggressively ramping up investigations and prosecutions related to public corruption, her tone in doing so has been essential in rebuilding the public’s faith.

While we do not see eye-to-eye with Lydon on every issue – and while her biggest test is yet to come – when it comes to this facet of her job she has exceeded every expectation we had for her tenure as U.S. attorney.

IT’S THE LIE THAT GETS YOU …

It is the lie that gets you … always the lie. Well … unless you are state senator Paul Campbell. In which case, not so much.

But usually, it is the cover-up – not the crime – that does the most damage.

According to the narrative presented by federal authorities in the Chester County case, sheriff Underwood and his subordinates apparently did not appreciate a citizen live-streaming their activities while standing on his own property. So, they allegedly came on his property, beat him up, took his cell phone and threw him in jail.

We are not sure what was happening to prompt such a heightened response from Underwood and his men, but according to federal prosecutors they compounded their problems by engaging in a conspiracy to hide the truth – a conspiracy that allegedly included tampering with evidence, manipulating police reports and lying to the Federal Bureau of Investigation (FBI).

Those are the charges that have Underwood, chief deputy Robert Sprouse and lieutenant Johnny Ricardo Neal, Jr. facing decades behind bars.

We have all heard the expression “don’t make it worse for yourself.”

Underwood and his cronies appear to have done just that – twice – by overreacting to an individual filming them and then attempting to conceal their overreaction.

Our only question? How often do things like that happen in the Palmetto State without anyone ever becoming the wiser?

LIVE-STREAMING LAW ENFORCEMENT IS YOUR RIGHT …

This should go without saying following the 2015 shooting of Walter Scott in North Charleston, South Carolina, but we’ll say it again once more (with feeling) … citizens have a right to film law enforcement officers in action.

Seriously: In the era of Live PD, the fact that this is a two-way street should be plainly understood by any law enforcement officer.

Moreover, citizen filming of law enforcement activity should be completely superfluous because as we have repeatedly noted … all cops should be independently wired for audio and video.

This was supposed to be the law in South Carolina as of 2015 when governor Nikki Haley – to great fanfare – “mandated” the use of body cameras by all Palmetto State police officers, sheriff’s deputies and statewide law enforcement officers.

Of course as we pointed out just last month, the law signed by Haley “was laden with loopholes.”

“There was no requirement to actually use the cameras (nor was there any funding provided for them), discretion as to their use was left exclusively to law enforcement and the information collected from them was (is) kept hidden from public view,” we noted.

So … yeah. The law signed by Haley was totally worthless.

Our advice? Until our state’s leaders get this right, keep filming. Oh, and make sure you are filming live because you never know how certain officers are going to respond.