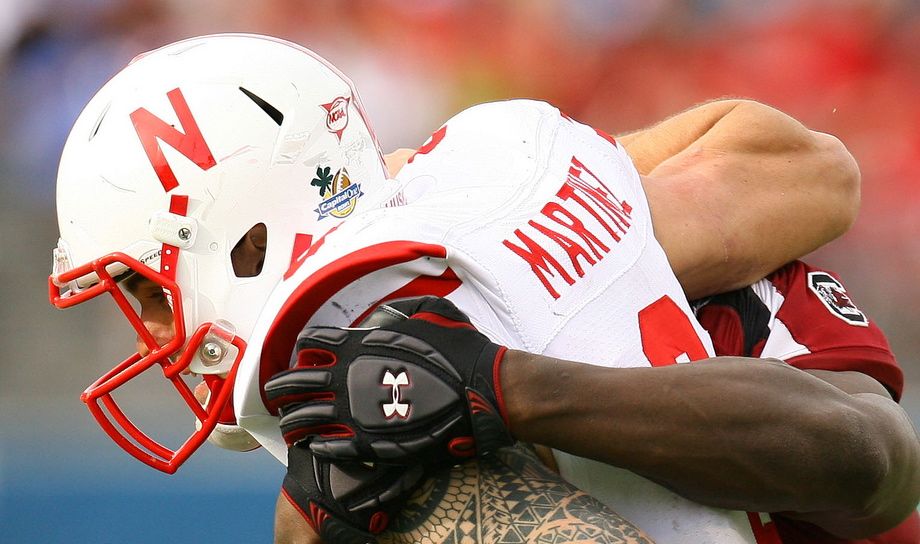 CORNHUSKERS HAVE AN INFLATED SENSE OF SELF

A year ago, Nebraska got blown out in the second half of the 2012 Capital One Bowl to the University of South Carolina.  The Cornhuskers lost the game 30-13, and were out-gained 351-253 yards.

“I’ll say it straight out – our football team, even after the game, we felt we were a better football team than (South Carolina),” Pelini said.

Fast forward to the 2013 Capital One Bowl, which once again saw Nebraska get blown out in the second half – this time by the University of Georgia.  The Cornhuskers lost the game 45-31 – and were out-gained by the Bulldogs 549-443 yards.

Well guess what … the 10-4 Cornhuskers believe they’re better than the 12-2 Bulldogs, too.

“I think the Big Ten, talent-wise, is a lot better, and the defenses are better than SEC defenses,” Nebraska quarterback Taylor Martinez after a second straight bowl loss to an SEC powerhouse. “This was supposed to be one of the top defenses in the SEC, and we pretty much did anything we wanted against them.”

Last time we checked that didn’t constitute doing “anything (they) wanted.”

Also last time we checked Georgia’s defense was ranked fifth in the SEC.

We understand Nebraska wants to elevate its program (and its conference), but that’s something done on the field – not in the post-game interview room.  The sooner the Cornhuskers recognize that, the better off they’ll be.  Bo Pelini is a great coach and Martinez is a great quarterback, but these ridiculous comments make them look like sore losers.

In fact come to think of it they are sore losers.

The 2012-13 bowl season hasn’t been quite the Southeastern Conference beat down many expected it to be (hello, Lousiville?), but for the second year in a row Nebraska got its ass kicked by an SEC team – whether the Cornhuskers are willing to admit it or not.

Also they better be careful about trash talking SEC defenses … lest they incur the wrath of Jadeveon Clowney.