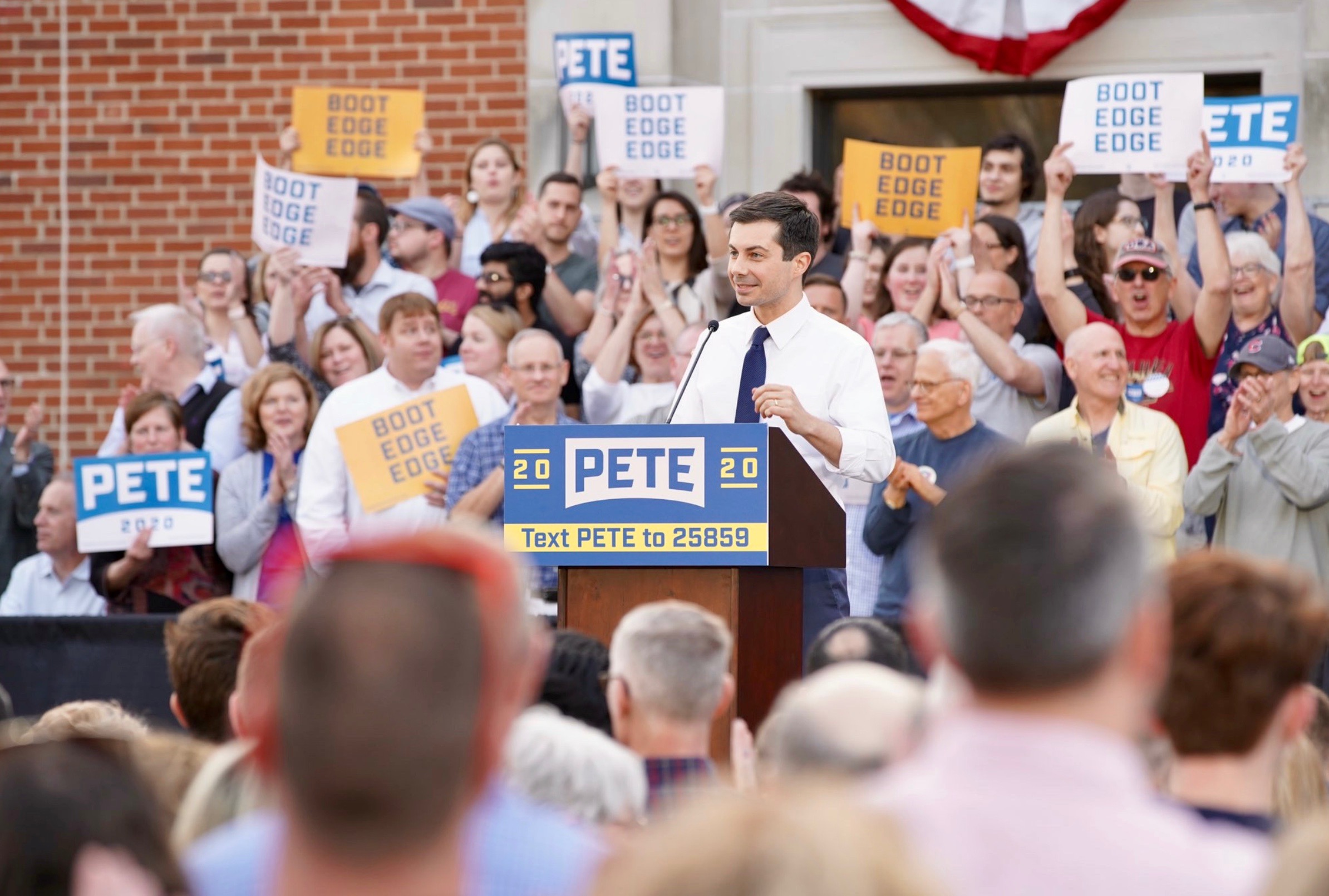 The man with all the momentum in the 2020 Democratic presidential primary is South Bend, Indiana mayor Pete Buttigieg.

Buoyed by his early fundraising success and generic progressive populism, the 37-year-old has come out of nowhere to earn a spot as one of the frontrunners in this crowded race. As of this writing, he trails only former vice president Joe Biden and socialist U.S. senator Bernie Sanders in early-voting Iowa and New Hampshire – leapfrogging numerous big-name candidates and galvanizing the far left wing of the party.

With success comes scrutiny, though … and it appeared earlier this week as though Buttigieg was about to get his first whiff of a major scandal.

The openly gay, married politician was accused on Monday by a 21-year-old male college student of sexual assault. A brief post on the website Medium – which has since been deleted – provided no specifics as to the alleged assault, however it hinted that an expansive, explosive reveal would follow in the days to come.

Politicos of all stripes braced for the fallout … and began honing their preferred messaging for the forthcoming media furor.

“If it’s partially true, I can see (Buttigieg) going off on the press and claiming it was a consensual affair and he’s being discriminated against because he’s gay,” our intrepid D.C. operative noted.

Not only is this reveal not happening, though, critics contend the whole episode was nothing but a failed right wing smear.

Hunter Kelly – the student alleged to have authored the post – has accused far right political operative Jacob Wohl and his attorney of setting him up in relation to the rumored assault.

“I WAS NOT SEXUALLY ASSAULTED,” Kelly wrote (emphasis original) in a statement provided to multiple media outlets. “It’s important for everyone to know that I was not sexually assaulted and would never falsely accuse anyone.”

“I was approached by a political figure to come to DC to discuss political situations from the standpoint of a gay Republican,” Kelly continued. “When I arrived they discussed Peter Buttigieg and started talking about how they would be working on a campaign against him.”

According to Kelly, he “went to bed and woke up to a fake Twitter (account) and an article that I in no way endorsed or wrote.”

Questioned as to the identity of the “political figure,” Kelly named Wohl (below).

“No one stole my identity,” Kelly told the conservative website Big League Politics. “I was set up by Jacob Wohl.”

According to Kelly, Wohl and his attorney – Jack Burkman – orchestrated the attempted smear.

Meanwhile, a story in The Daily Beast claimed Wohl and Burkman have approached at least one other gay Republican man in the hopes of convincing him to come forward with false allegations against Buttigieg.

Specifically, Beast reporters obtained an audio recording from a source alleging that Wohl and Burkman “approached him last week to try to convince him to falsely accuse Buttigieg … of engaging him sexually while he was too drunk to consent.”

Wohl and Burkman allegedly “made clear that their goal was to kneecap Buttigieg’s momentum in the 2020 presidential race.”

Wohl has not addressed the allegations, but Burkman has pushed back on social media regarding Kelly’s claim of a “set up.” According to the attorney, the “(v)ery first thing Hunter Kelly did (was) sign a statement attesting to his accusation.”

Burkman added that Kelly was “in full control of all public disclosures” and even sent Medium a photograph of himself with his college identification card to confirm his identity.

So … what really happened?

Burkman claimed the mainstream media “bullied (Kelly) and his family into submission.”

It has been a tough year for Wohl. In February, the 21-year-old provocateur was banned from Twitter for running multiple fake accounts aimed at assailing opponents of U.S. president Donald Trump with misinformation.

Last month, he was the subject of additional unflattering press when GQ ran a story alleging that he used fake Twitter accounts to send death threats to himself during the filming of a documentary against Muslim congresswoman Ilhan Omar in Minnesota.

Incidentally, Wohl’s father – David Wohl – bills himself as a “campaign surrogate” for Trump and the “proud father” of Jacob Wohl.

Last October, Wohl gained national infamy as the instigator of a false smear campaign against former special counsel Robert Mueller – who led a controversial investigation into allegations of Russian meddling in the 2016 presidential election. Many believed Mueller’s investigation would implicate Trump – and Wohl’s machinations against the special counsel appear to have been a ham-fisted attempt to preemptively undercut the inquiry.

Ultimately, Mueller’s report found no evidence that the Trump campaign colluded with Russian interests or that the president or his administration attempted to obstruct justice during the course of the investigation.

Seriously … we don’t get this. Any of this. With Democrats badly divided and candidates like Buttigieg pulling them even further apart … what is the point of nonsense like this?

Dem Primary: Joe Biden Is In