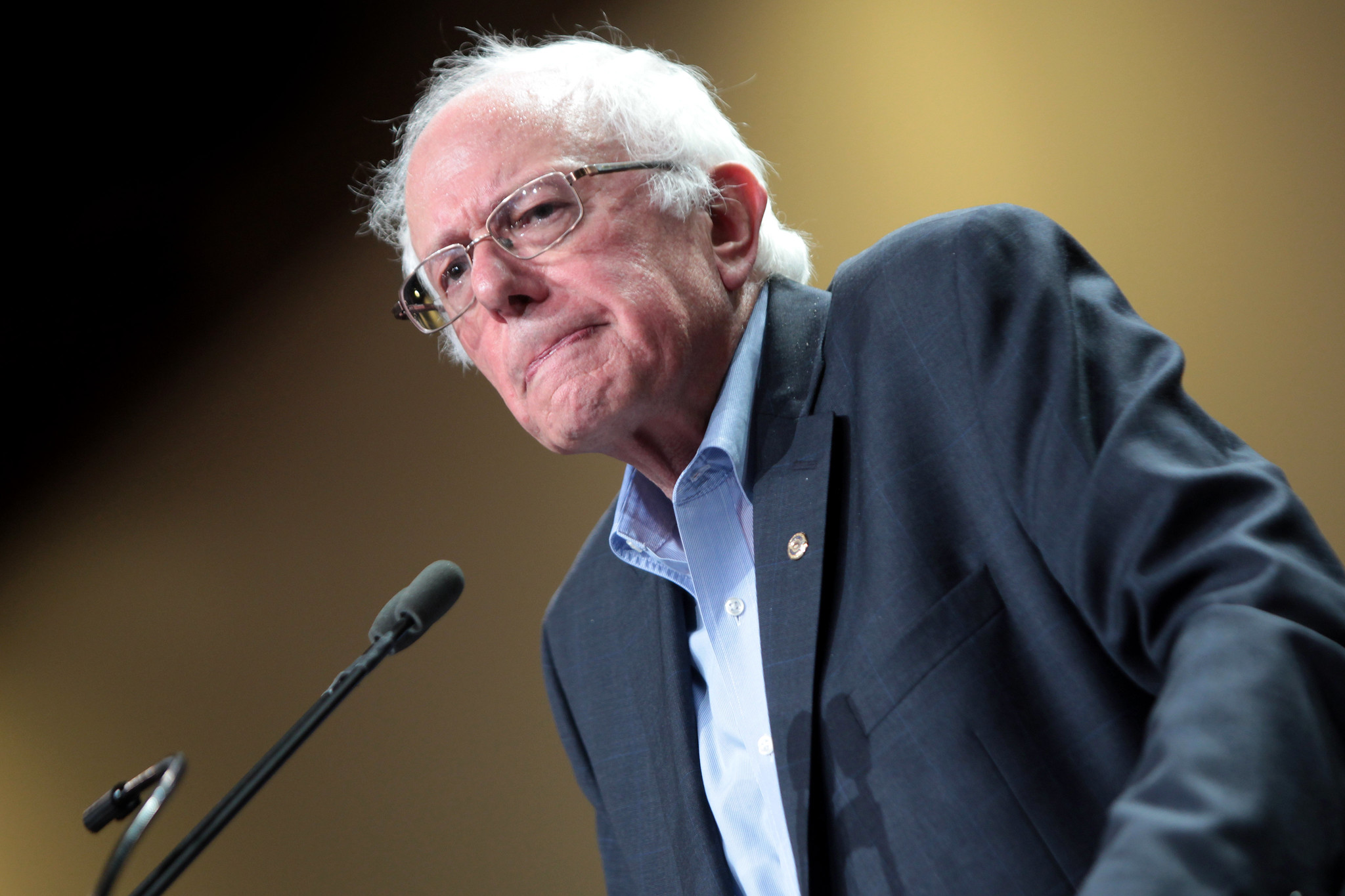 A hilariously ironic progression of news came out this month related to the failed ideology/ failing presidential candidacy of socialist U.S. senator Bernie Sanders of Vermont.

Last week was a big one for Sanders, as the U.S. House of Representatives voted in favor of legislation that would raise the federal minimum wage to $15 an hour over the next five years.

This has long been one of Sanders’ socialist pipe dreams …

“Four years ago, when I first introduced legislation to increase the minimum wage to $15 an hour it was considered an impossible dream,” Sanders boasted in a statement. “Today, I am proud to say that a $15 minimum wage has gone from laughable to inevitable.”

Sanders added that he would be sending a letter to U.S. Senate president Mitch McConnell “demanding” that his bill receive a vote as soon as possible in that chamber.

While Sanders was writing his letter, though, a funny thing happened – unionized workers on his 2020 presidential campaign were battling with his campaign managers, demanding they be paid the same wage.

Wait … what? That’s right … it turns out Sanders hasn’t been practicing what he preaches.

Additionally, “organizers and other employees supporting (Sanders’ staffers) have invoked the senator’s words and principles in making their case” for greater pay, according to reporter Sean Sullivan of The Washington Post.

“Many field staffers are barely managing to survive financially, which is severely impacting our team’s productivity and morale,” a letter to Sanders’ campaign manager, Faiz Shakir, noted.

The following day, Sanders’ campaign told reporter Alexandra Hutzler of Newsweek that it was “limiting hours so no employee is receiving less than $15 for any hours worked.”

Obviously, there is no shortage of “do as I say, not as I do” behavior emanating from politicians at points all along the ideological spectrum (Republicans, Democrats, liberals and conservatives), but there is something special about the comeuppance this sanctimonious socialist is currently receiving.

As to the broader debate on wages, this news outlet has weighed in on this issue several times before – arguing that government-mandated wages were not be an ineffective means of promoting prosperity.

Nor the proper purview of government …

“Our opposition to government wage-setting isn’t purely philosophical – there is a significant body of evidence attesting to the fact that mandated minimum wage increases actually lead to lost jobs,” we noted at the time.

Of interest? South Carolina’s newest Democratic congressman voted against the minimum wage bill last week – arguing it would “cause 3.7 million Americans to lose their jobs.”

That estimate is consistent with localized job losses in areas where mandatory minimum wage laws have been enacted.

Look, we get that income inequality is totally out of control in this nation. But the widening gap between the “haves” and the “have nots” isn’t a result of the failure of the federal government to set a “living wage.” Instead, it is the result of the middle class getting suffocated on all sides – by the dependency economy, the federal bureaucracy, the warfare state and all manner of crony capitalist giveaways that distort the marketplace and place an unfair tax burden on the backs of small businesses.

Fix those issues and a living wage will be available to millions more Americans … lifting our country out of dependency and debt.