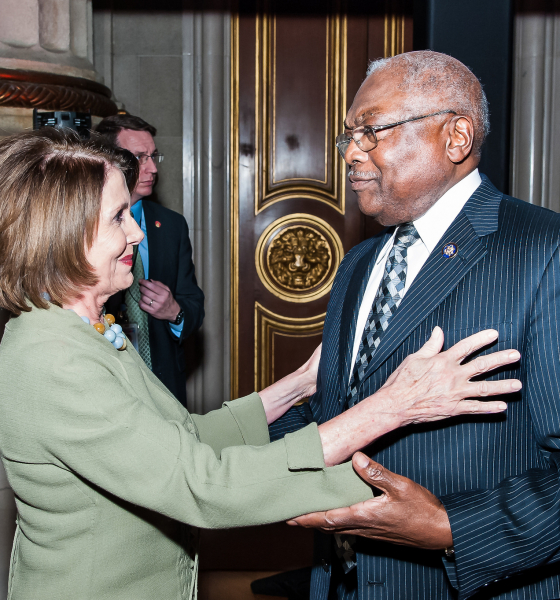 This news outlet has been less-than-enthralled of late with the candidate we endorsed for the presidency of the United States back in 2016.

Donald Trump continues to disappoint us on the bread-and-butter issues of taxes and spending, and his fiscal failures may finally be coming home to roost economically.

But as frustrated as we are by Trump’s abandonment of the middle class tax relief and long-overdue spending cuts he promised (and as concerned as we are for America’s economic future as a result), our distaste for his administration is non-hyperbolic. Rational. Fact-based.

U.S. congressman Jim Clyburn? He has an irrationally visceral hatred for Trump, as evidenced by an interview he gave earlier this week in which he called the president and his family members “the greatest threats to democracy of my lifetime.”

Obviously we are no longer in the business of defending Trump against his critics, but the last time we checked one of the greatest actual threats to democracy was Clyburn – who once suggested American needed to “rethink” the parameters of the First Amendment and who is currently attempting to install his daughter as a familial heir in a heavily gerrymandered “majority-minority” district.

Democracy? This guy doesn’t have the faintest conception …


Clyburn, 78, was upset at Trump over recent comments criticizing the late U.S. senator John McCain – a key figure in the infamous “Russian meddling” saga that has produced nothing but one wild goose chase after another.

Not only did Trump slam McCain for his role in that saga, he ripped his vote against the repeal of Obamacare.

“I’m not a fan, he was horrible what he did with repeal and replace,” Trump said during a speech in Lima, Ohio. “What he did to the Republican Party and to the nation, and to sick people that could have had great health care, was not good.”

“We are asking for dire consequences,” Clyburn told NBC. “And I think it’s time for the Congress – House and Senate – to grow spines, and do what is necessary to protect this democracy. This man and his family are the greatest threats to democracy of my lifetime.”

As longtime critics of McCain’s demonstrably failed foreign and domestic policies, we have no issue whatsoever with Trump’s comments. They are accurate. Having said that, we expressed compassion for McCain when he was stricken with brain cancer and have generally refrained from criticizing him since his passing.

We would advise Trump to do the same … or at the very least keep his criticism of the late liberal confined to the issues.

Still, as Clyburn’s idiotic comments illustrate, Trump’s best political weapon remains reflexive vitriol of his liberal antagonists – who for their lives are unable to embrace the Napoleonic wisdom of not interrupting one’s enemy when they are making a mistake.