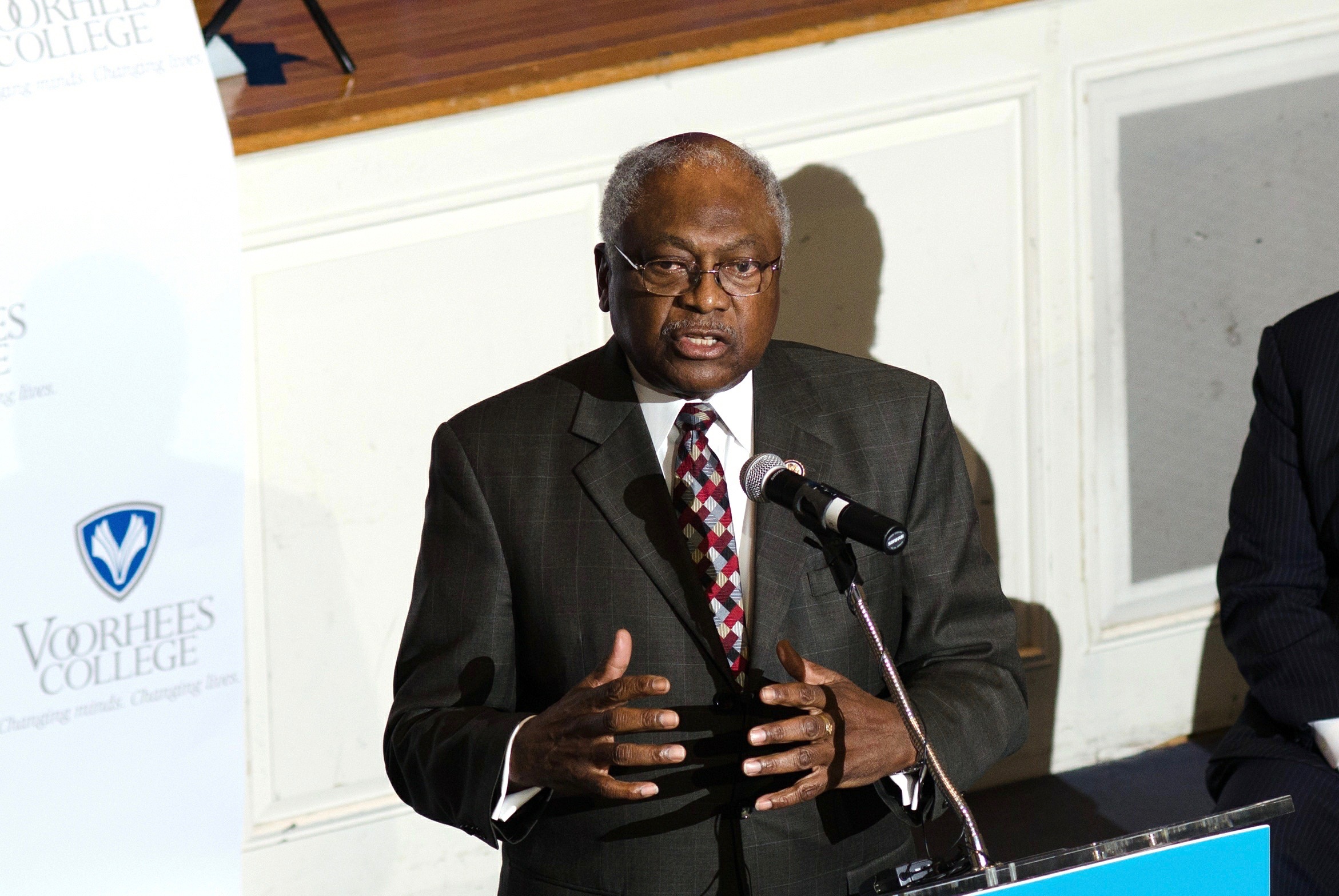 During his three decades in office, U.S. majority whip Jim Clyburn of South Carolina has fallen asleep on the job (literally), sent pork barrel spending to the wrong district and threatened to “rethink” the parameters of the First Amendment.

But in the Palmetto State’s sixth congressional district (map) – which was specifically drawn in 1992 to ensure the election of a black, Democratic lawmaker – none of that matters.

Clyburn, 78, is the definition of “untouchable” – which is not surprising when you consider South Carolina has been gerrymandered for decades to the detriment of true democratic choices.

Yet as this aging liberal contemplates his mortality – and the inevitable end of his lengthy run as the preeminent black powerbroker in the Palmetto State – does he have the influence to install one of his own daughters as his successor?

And if he does … would that effectively turn the South Carolina sixth district (like North Korea) into little more than a socialist monarchy?

Judging by this weekend’s editions of The (Charleston, S.C.) Post and Courier, Clyburn certainly seems to think he has enough juice to handpick his successor … from within his own family.

With speculation swirling that he may not run again in 2020 (or perhaps 2022), Clyburn is touting his daughter – Jennifer Clyburn Reed – as his “familial heir,” according to a report filed by Andy Shain.

“After 25 years of teaching in elementary and middle schools, Jennifer Clyburn Reed says she’s ready for a life in politics,” Shain reported.

And Clyburn is pimping her prospective candidacy hard …

“She is the one that most of my friends say would be the best,” Clyburn told Shain. “They keep telling me how engaging she is.  What a pleasant demeanor she has.  One guy said to me she melts you away with her smile.  She has tremendous presence.  I bet I have heard a hundred people tell me that she’s a natural.”

Shain’s “article” contains numerous other quotes like that … basically doubling as a campaign commercial for Reed.

So … will the 49-year-old “familiar heir” ascend to this office by acclamation?  Should a coronation be scheduled?

While Clyburn appears intent on pulling a Kim Jong-il, one formidable obstacle stands between him and his succession plans.

As much as the majority whip might wish to designate his successor and embark on his retirement tour, his daughter is likely to face arguably the most credible challenger imaginable for this seat: Bakari Sellers.

Sellers, 34, is the son of Palmetto State civil rights legend Cleveland Sellers – one of the black leaders wounded during the 1968 Orangeburg Massacre.  A native of Denmark, S.C., he became the youngest black man ever elected to public office (anywhere in the nation) in 2006 at the age of 22.

After eight years in the S.C. General Assembly, Sellers ran unsuccessfully for lieutenant governor of South Carolina in 2014 against Henry McMaster.  While he didn’t win, his statewide candidacy helped him forge a first-rate political network – and showcased his skills as an orator.  Not only that it served as the backdrop for “While I Breathe, I Hope,” a compelling new documentary about Sellers’ experiences as a young, black politician in a state dominated by old-school, white Republicans.

An attorney with the Columbia, S.C.-based Strom Law firm, Sellers has seen his profile soar even further since becoming a CNN contributor in 2015 – with his Twitter account ballooning to more than 200,000 followers. 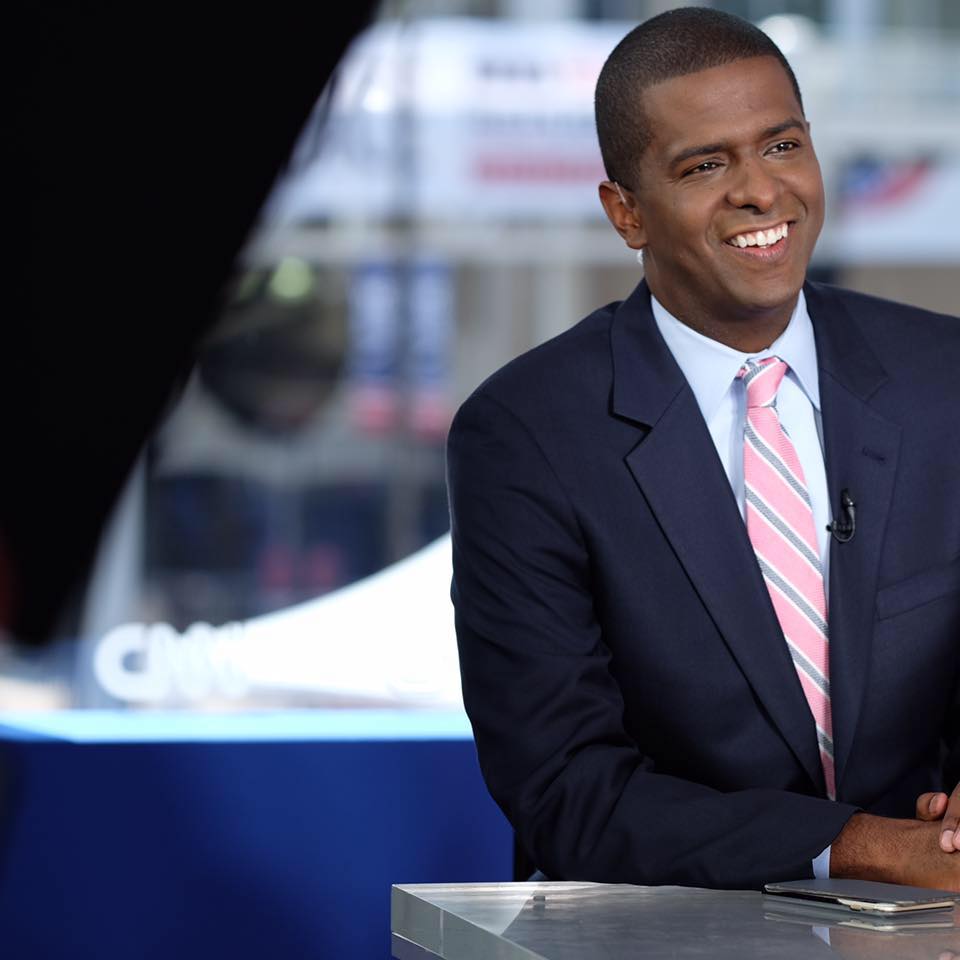 Most recently, Sellers (above) has launched the Opportunity Project – a nonprofit he hopes will assist low-income, predominantly minority families in the Palmetto State’s “Corridor of Shame.”

And on top of all that, he and his wife – doctor Ellen Rucker – recently welcomed an adorable pair of twins into their home.

Add it all up and it is easy to see why many South Carolina politicos believe Sellers – not Reed – would actually be the frontrunner for this seat, even if Reed were to run with Clyburn’s blessing.

Sellers is just that strong of a potential candidate …

Also, while Reed would likely represent a rubber stamp for her father’s failed approaches, Sellers has a history of challenging traditional Democratic orthodoxy on bread-and-butter fiscal issues.  With the sixth district dramatically trailing every other congressional district in the state in median household income (registering an anemic $35,615 the last time we checked), our guess is a “change versus more of the same” narrative might work well for Sellers.

If it comes to that …

Stay tuned.  Clearly Clyburn’s push to promote Reed as his “familiar heir” is part of a forthcoming political pivot … even as the veteran lawmaker protests by saying he has no imminent plans to retire from congress.  If he is waiting for Sellers to stand down so he can implement the divine right of succession, though, our sources say he is likely to be waiting a long time.

Got something you’d like to say in response to one of our stories? Please feel free to submit your own guest column or letter to the editor via-email HERE. Got a tip for us? CLICK HERE. Got a technical question or a glitch to report? CLICK HERE. Want to support what we’re doing? SUBSCRIBE HERE.
Banner: U.S> Department of Agriculture