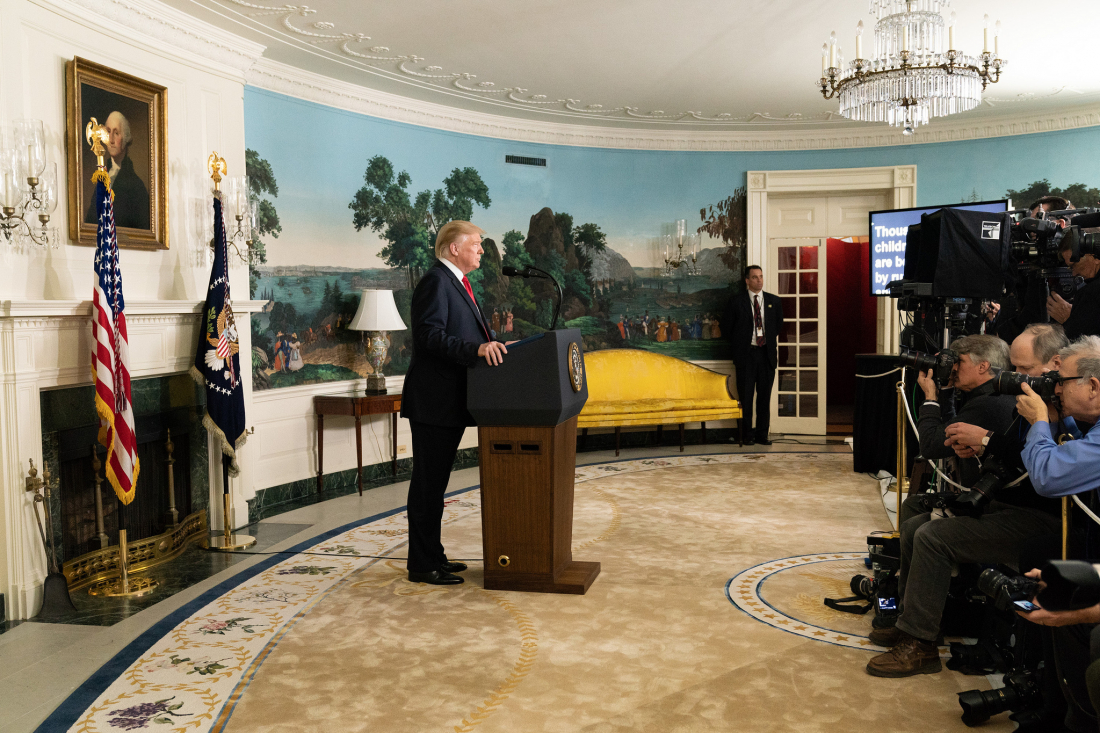 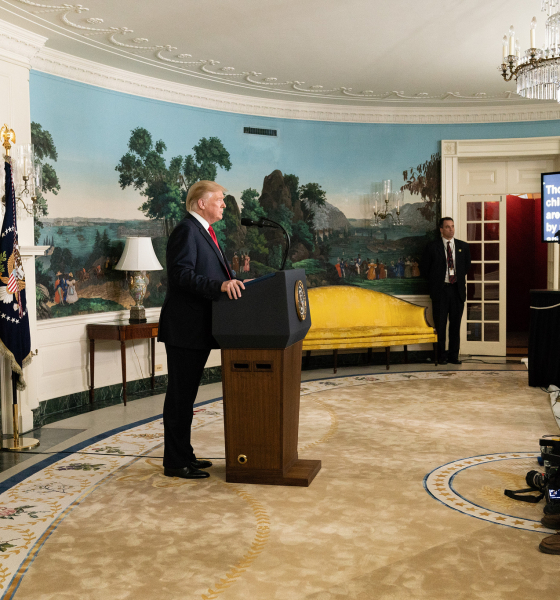 More dysfunction in Washington, D.C. as White House runs out of options …

U.S. president Donald Trump will sign another massive status quo spending bill – even though the measure (once again) contains much less than the $5.7 billion he wanted as an initial installment on his $25-30 billion border wall between the United States and Mexico.

You know … the wall Mexico was supposed to pay for.

Well, Mexico isn’t paying for it.  Nor, apparently, is the U.S. congress.

The bill being hastily sent to Trump’s desk by congressional leaders includes $1.4 billion for “new barriers” on the border – which is actually less than the $1.6 billion in wall funding Trump rejected (grudgingly) prior to the last budget battle, which led to a 35-day partial shutdown of the federal government.

Trump – who caved on the shutdown – apparently wants nothing to do with another federal work stoppage.

So … how will he get the money for his wall?

“President Trump will sign the government funding bill, and as he has stated before, he will also take other executive action – including (declaring) a national emergency – to ensure we stop the national security and humanitarian crisis at the border,” White House press secretary Sarah Sanders said in a statement. “The president is once again delivering on his promise to build the wall, protect the border, and secure our great country.”

With all due respect, if that is true then why didn’t Trump declare a national emergency on January 20, 2017 when he first assumed office?

Is the situation on the border really any more or less dire than it was then?

Or better yet … why didn’t the GOP-controlled congress pass a funding bill that included Trump’s wall in it sometime over the past two years?

Because this hardly seems like “delivering on a promise” to us ….

Anyway, Trump’s “emergency” declaration is expected to free up as much as $8 billion in funding from other federal agencies for the wall, according to a report from Fox News.  Democrats have already vowed to challenge the administration in court in the hopes of blocking any work on a project they explicitly declined to subsidize.

Don’t get us wrong: We support funding for a wall.  We have never breathed fire on the issue of illegal immigration, but securing the border is a core function of government and we believe a wall would be helpful in performing that function.

Bigger picture, we believe pathways to “status” – not citizenship – for illegal aliens should be rigorously and consistently enforced.

We are not trying to come off as cold or unfeeling, but as we have said on numerous prior occasions America’s lifeboat is full.  We cannot afford to continue subsidizing perpetually open borders – nor can we continue to adhere to the constitutional bastardization otherwise known as “birthright citizenship.”

Trump has vowed to do away with birthright citizenship, too, but after watching him vacillate so often – and so wildly – on his signature immigration promise, we hold out zero hope of him showing any backbone on that issue.

The 1,200-plus page document Trump has committed himself to signing is the latest example of “leaders” in Washington, D.C. governing by crisis – absent any transparency.  What else do you call ramming through a massive appropriations bill that most lawmakers never got a chance to read – let alone debate?

“Stop me if you’ve heard this one before: Congress rams through a massive piece of legislation costing hundreds of billions of dollars without bothering to read it,” wrote Christopher Jacobs for The Federalist. “Meet congress under a Democratic majority – same as under the old majority.”

Once again, the swamp is not drained … but maintained.  At an ever-escalating cost.