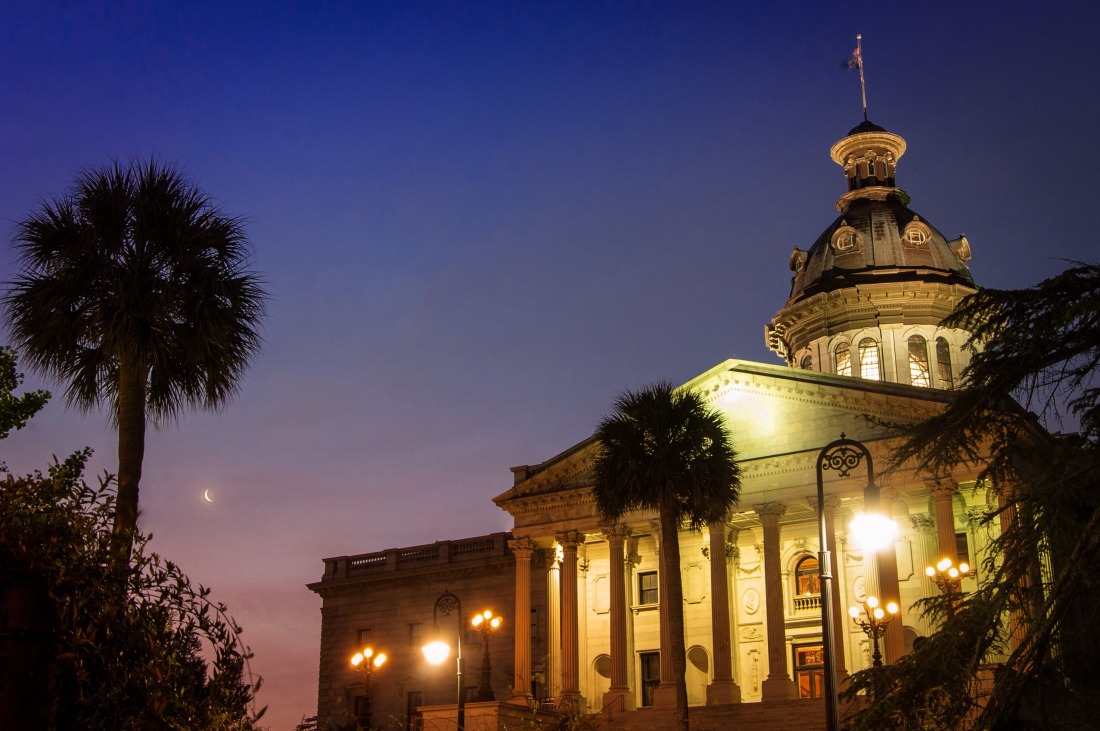 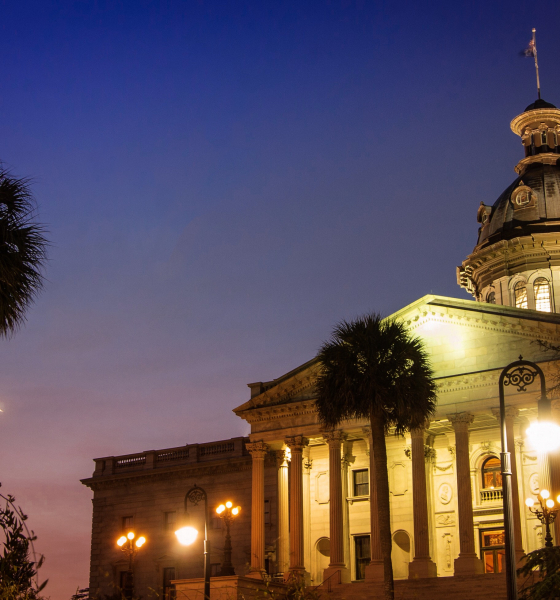 The grounds of the South Carolina State House were used for illicit drug drops as part of several “sophisticated and highly lucrative” prison contraband rings, state authorities are alleging.

Ramos was scheduled to be released from SCDC custody on Friday.  Instead, S.C. circuit judge Clifton Newman ordered him held without bond on the slew of new charges he is now facing.  All told, seventeen defendants are facing 106 charges in connection with the investigation.

According to a release from Wilson’s office, these contraband rings moved all manner of items inside prison walls in the Palmetto State using multiple methods.

… prevalent types of contraband include pounds of loose cigarette tobacco, cell phones and cell phone accessories, marijuana, alcoholic beverages, and Synthetic Cannabinoid, also known as “K2”, “Deuce” or “Spice”. Other drugs, such as methamphetamine, suboxone, cocaine, and crack cocaine are also trafficked within the walls of the state prisons.

The indictments went on to allege that inmate leaders “essentially employ[ed] people both inside and outside the prisons to assist in obtaining and distributing the contraband.”

“Friends, wives, girlfriends, relatives, former inmates, and others (including SCDC staff),” are all alleged to have participated in the rings, which according to the indictments fueled “a lucrative black market (that) contributes to gang power, gang rivalries, and gang violence among the competing factions within the prison walls.”

The State House grounds were allegedly one of the ring’s drop zones.  For years, inmates have worked on the grounds of the capital complex – and on the grounds at the S.C. governor’s mansion – as part of SCDC jobs programs.  Inmates also collect trash on South Carolina roadways as part of these employment programs.

Authorities identified four methods by which contraband is alleged to have entered the prison system:  (1) throw-overs, (2) smuggling through prison dairy facilities at Wateree Correctional Institution in Sumter County; (3) smuggling through bread runs to a bakery in Columbia, and (4) smuggling through use of the State House inmate work crews.

The indictments alleged that “SCDC’s food distribution network was used against itself to facilitate the contraband trade.”  In one particularly graphic allegation, a prosecutor told judge Newman that defendants transported prohibited items inside “eggs” inserted into their rectums.

And yes, the entire network was organized and managed via the use of illicit cell phones – which state officials have been trying (unsuccessfully) for years to jam.  As we noted in a story last fall, prepaid phones and prepaid phone minutes constitute a multi-billion dollar annual industry – one that encompasses virtually all extra-legal prison usage.  The wireless companies don’t want to part with this revenue, which is why federal officials beholden to them have rebuffed calls from SCDC director Bryan Stirling and others hoping to jam cell phone signals inside correctional facilities.

State officials say they cannot jam the phones themselves without federal approval, although during the 2018 gubernatorial campaign candidate Catherine Templeton said that if she had been elected, she would have asked for forgiveness, not permission, when it came to jamming signals.