Veteran South Carolina state representative Mike Pitts will resign his seat in the S.C. General Assembly next month to head up a government-run conservation organization.

Pitts – a native of Laurens, S.C. and a former officer with the Greenville, S.C. police department – has represented S.C. House District 14 (map) in Columbia since 2003.  Over that time, he has generated headlines on a number of fronts – most notably his advocacy on behalf of the Confederate flag during the debate over its removal from the grounds of the S.C. State House in 2015.

“During my tenure, I have faced some harsh personal challenges with two rounds of cancer treatment, and on October 20 of this year, a heart attack and surgery,” Pitts said in a statement.  “My doctors say I can make a full recovery in time, with patience, rehabilitation, a far less hectic schedule and a reduction in stress.  Serving in an elected position becomes more stressful each year; as the poison of politics grows, so do the daily demands of constituents.  Chairing the House ethics committee during an investigation into certain House members has been particularly stressful.”

“With that said, based on the advice of my doctors and my family – to whom I want to express eternal gratitude for their support of my endeavors – I have decided I should retire from the legislature,” he added.  “My plans are to remain active in another capacity with a more singular focus and more manageable schedule to maximize my effectiveness.”

What capacity is Pitts referring to?

In January, the Republican lawmaker will step down to become the next executive director of the S.C. Conservation Bank – an agency that has been dogged by controversy in recent years.

Funding for this program – which purchases privately owned land for conservation purposes – had been set as high as $22 million.  However, questionable appropriations from the fund angered state lawmakers – prompting them to slash its budget to just $5 million in recent years. 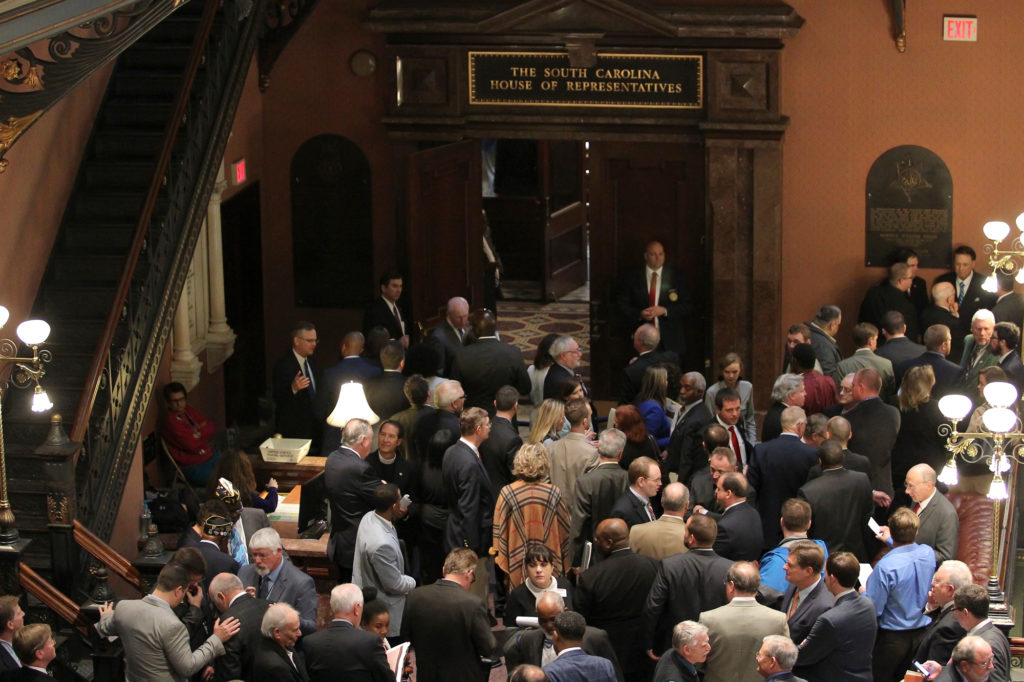 A 2017 audit of the agency performed by the S.C. Legislative Audit Council (SCLAC) found the bank was overpaying for properties and using a “subjective and ineffective application process” in soliciting and awarding grants.

In the current fiscal year – which began on July 1 – the bank received $7.5 million.

This money is appropriated from the state budget.  In previous years, the bank received funding from a dedicated revenue source – collecting $0.25 for every $1.35 charged by the state as part of its documentary stamp tax (a.k.a. the state deed recording fee).

In addition to its aggregate funding, there has also been controversy over the bank’s office budget – with S.C. governor Henry McMaster vetoing a proposed $220,335 addition to its existing $283,916 appropriation for staff and office expenses earlier this year.

Pitts, 62, would assume his new role just months after suffering a heart attack on a hunting trip to Montana.  Prior to his sixteen years in the legislature he spent six years as vice chairman of the Laurens County, S.C. council.

His resignation will prompt a special election to fill the remainder of his ninth term in office – which he won in November without opposition.  In fact, Pitts had not been challenged for his House seat since 2012, when he handily defeated Democrat Ed Taylor.

In addition to setting up a special election for his seat, Pitts resignation will open up a coveted seat on the S.C. House ways and means committee – the panel which gets first crack at the state budget each year.