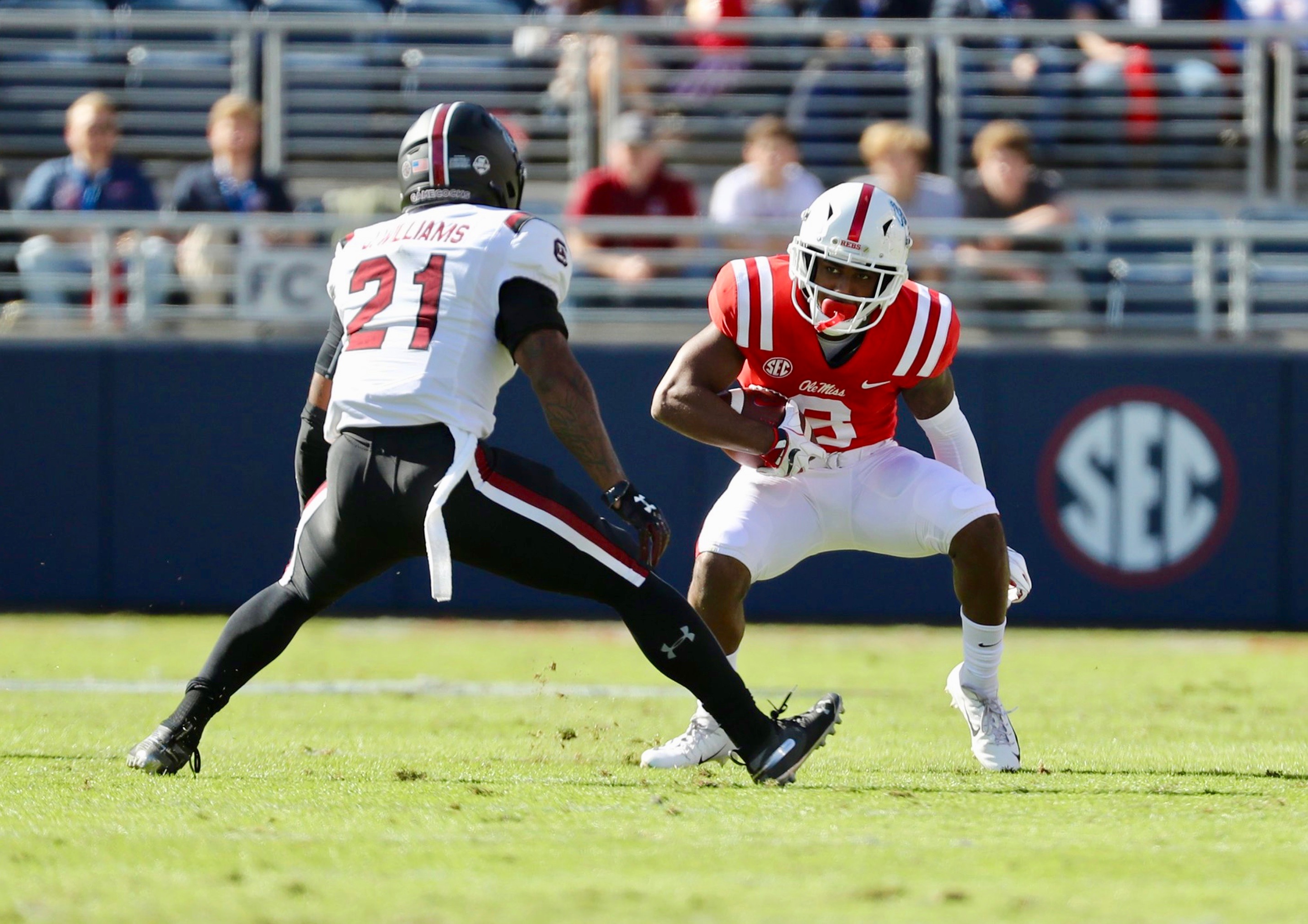 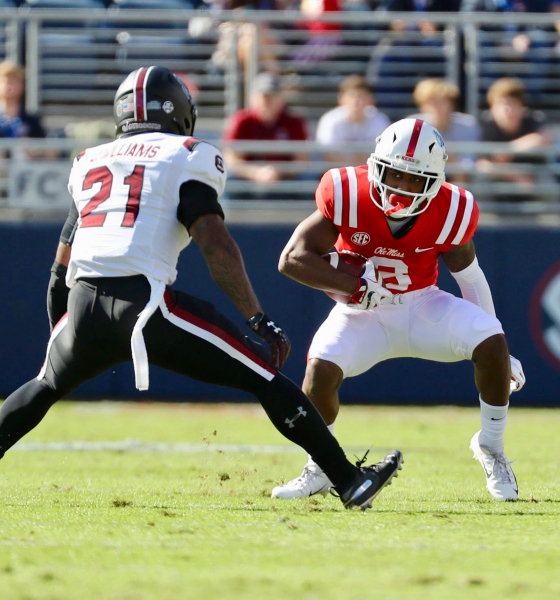 The University of South Carolina football team turned in a season-saving victory in Oxford, Mississippi on Saturday – rallying from ten points down in the fourth quarter to defeat SEC West foe Ole Miss 48-44.

The Gamecocks (5-3, 4-3 SEC) are now just one win away from bowl eligibility, something they should accomplish against either Chattanooga on November 17 or against Akron on December 1 – a game which was added to the school’s home schedule earlier this week.  Road games against No. 11 Florida on November 10 and against arch-rival No. 2 Clemson on November 24 appear highly unlikely to produce victories – meaning the Gamecocks are probably headed for a 7-5 regular season record.

Given the lofty expectations entering the season, such a mark would obviously be a disappointment.  But given the various nadirs experienced along the way, it would honestly qualify as a relief for many Gamecock fans.

Against the Rebels (5-4, 1-4 SEC), it looked as though head coach Will Muschamp’s squad was going to cough up another conference game … and possibly its postseason hopes.

After seizing a 24-13 lead midway through the second quarter on a spectacular, one-handed sideline reach-around grab by junior wide receiver Bryan Edwards, the porous South Carolina defense allowed a pair of late touchdown drives to enter the locker room at Vaught-Hemingway stadium with the score tied at 27-apiece.

In the second half, Ole Miss stormed ahead – taking its first lead of the game late in the third quarter and stretching its advantage to 44-34 on a one-yard touchdown plunge by true freshman tailback Isaiah Woullard early in the fourth.

Led by senior quarterback Jordan Ta’amu, the Rebel offense amassed an astounding 616 total yards – but the wheels fell off when it mattered most.  After gaining 600 yards and 44 points on its first ten possessions, coordinator Travaris Robinson’s defense held Ole Miss to just 16 yards and zero points on its final four possessions.

“I really want to give our guys credit, they played their guts out, won the fourth quarter,” Muschamp said.

Still, the 6-foot-2, 210-pound native of Pearl City, Hawaii finished 31 of 46 passing for 379 yards.  He also ran for 66 yards and a score.  Meanwhile junior tailback Scottie Phillips carried the ball 22 times for 141 yards with three touchdowns.  Ole Miss fans also got a glimpse at the future of their program as true freshman wide receiver Elijah Moore caught 11 passes for 129 yards – both career highs.

Offensively for South Carolina, much-maligned junior quarterback Jake Bentley led his unit to a pair of fourth quarter touchdowns – including a four-yard quarterback keeper with just under six minutes left on the clock that wound up being the game-winning score.  Bentley completed 22 of 32 passes for a season-high 363 yards and two touchdowns in moving to 17-10 as the Gamecocks’ starting signal-caller.

Making South Carolina’s late-game offensive success even more impressive was the fact that coordinator Bryan McClendon pulled it off without several of his top weapons in the lineup.  Running backs Rico Dowdle and Ty’Son Williams were both knocked out of the game prior to the fourth quarter – with Dowdle appearing to sustain a serious leg injury in the first half.

Redshirt senior Malik Young, filling in at left tackle for the injured Dennis Daley, was also knocked out of the game – as were several South Carolina defensive players.

Muschamp did not address the rash of injuries.

The good news?  Players who ordinarily don’t see the field made the most of their opportunities – including redshirt junior running back Mon Denson.  Listed as the team’s fourth-string running back coming into the game, Denson reeled off a career-high 102 yards on 12 carries – including a 69-yard scamper in the fourth quarter that set up Bentley’s game-winning run.

“Outstanding,” Muschamp said of Denson’s performance. “Huge runs out there but we have confidence in him.  We don’t look at him as a fourth-string running back. He’s a starter to me.”

The burly 5-foot-10, 212-pound native of LaGrange, Georgia also played a huge role in last week’s narrow win over SEC East rival Tennessee, picking up 30 yards on six carries – including a 12-yard scamper that converted a key third down on the decisive drive in that must-win contest.

“Our team really rallied together,” Bentley said after the game. “All day I felt like we did a great job of answering the call when we needed to.  We knew coming in they had an explosive offense and were going to score some points.  I’m just really proud of the way the guys responded.”

On the other sideline, regret.

“We just did not make the plays we needed to make,” Mississippi coach Matt Luke said. “They did and we didn’t, especially in those final series. This is tough because our players left it all on the field.”

Got something you’d like to say in response to one of our stories? Please feel free to submit your own guest column or letter to the editor via-email HERE. Got a tip for us? CLICK HERE. Got a technical question or a glitch to report? CLICK HERE. Want to support what we’re doing? SUBSCRIBE HERE.
Banner: @OleMissFB