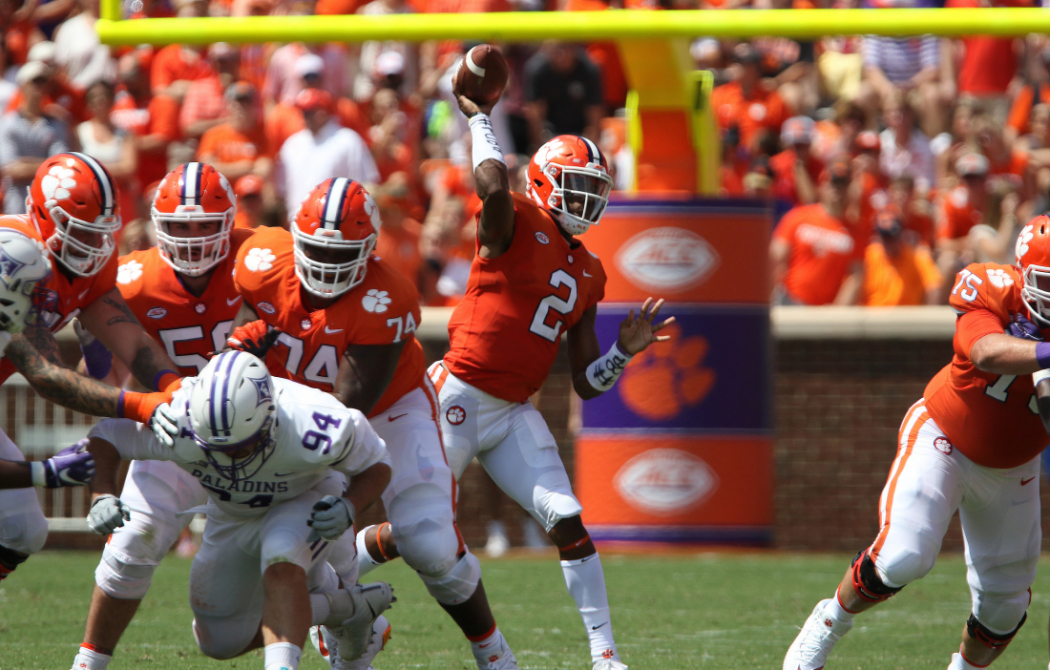 According to an exclusive report filed Wednesday by columnist Manie Robinson of The Greenville News, the graduate senior signal-caller “will start his next game for another school” after being informed that true freshman Trevor Lawrence would start third-ranked Clemson’s game against Syracuse University this weekend.

“I feel like it’s what’s best for me and my future,” Bryant told the paper. “I was just going to control what I could control and try to make the most of my opportunity, but at the end of the day, I just don’t feel like I’ve gotten a fair shot.”

Bryant, who replaced Deshaun Watson as Clemson’s starter at the beginning of the 2017 season, has posted a 16-2 record since inheriting the Tigers’ starting quarterback job.  According to Robinson, he was informed on Sunday by head coach Dabo Swinney that he would not start the Tigers’ game on Saturday against the Orange.  Two days later, Bryant told Swinney he was leaving the program.

Swinney said he was “saddened and disappointed” Bryant chose to leave the team.

“But I have absolutely nothing bad I can say about Kelly Bryant,” he said, according to Brandon Rink of TigerNet.com. “He is one of the best young people I have ever been around.  Even though I don’t think this is a great decision, I certainly respect it, and it doesn’t change anything I feel for Kelly. I love him and care about him (and) wish him nothing but the best.”

Bryant has started all four games for Clemson this season, sharing time under center with Lawrence – the nation’s No. 1 high school recruit last year.

A 6-foot-4, 220-pound native of Calhoun Falls, S.C., Bryant has completed 36 of 54 passes for 461 yards with two touchdowns and an interception this season.  He has also rushed thirty times for 130 yards and a pair of scores.  Last season, he completed 262 of 398 passes for 2,802 yards with thirteen touchdowns and eight interceptions as he led the Tigers to their third consecutive appearance in the College Football Playoff (CFP). 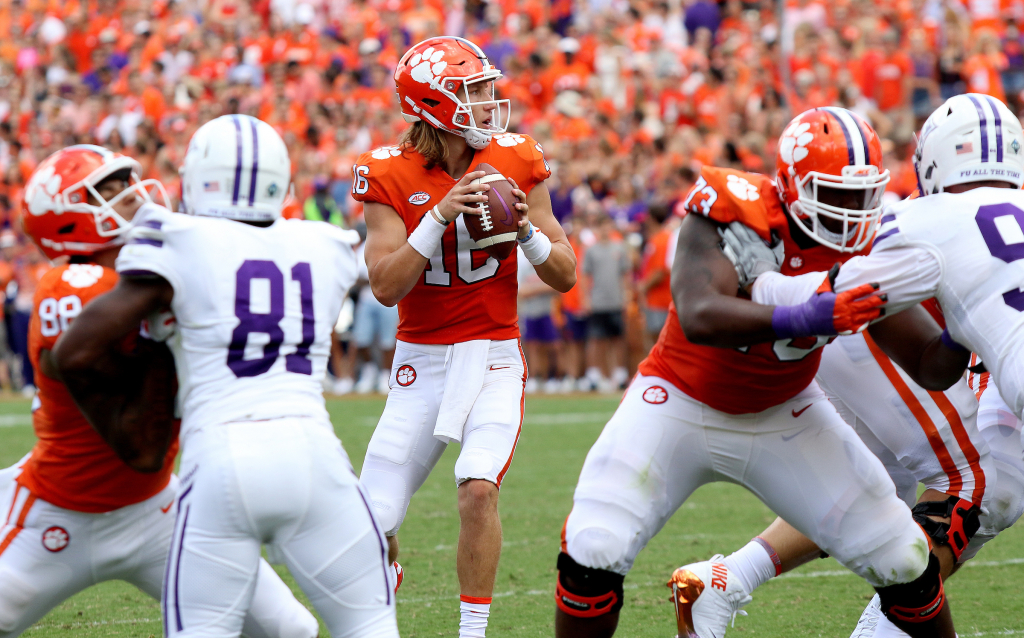 Lawrence (above) – a 6-foot-6, 215-pound native of Cartersville, Georgia – has completed 39 of 60 passes for 600 yards with nine touchdowns and two interceptions through four games.  After taking a backseat to Bryant earlier in the season, Lawrence outplayed him decisively during Clemson’s 49-21 thrashing of unranked Georgia Tech in Atlanta last weekend.

Still, the two quarterbacks have been sharing snaps (129 for Bryant, 122 for Lawrence) – an arrangement that likely would have continued through the rest of the 2018 season.

After Lawrence’s steady play against Georgia Tech prompted Swinney to name him as this weekend’s starter, Bryan decided to call it a career with Clemson – arguing the demotion was “a slap in the face.”

‘I’m not discrediting Trevor,” he told Robinson. “He’s doing everything asked of him, but on my side of it, I feel like I haven’t done anything to not be the starter.  I’ve been here.  I’ve waited my turn.  I’ve done everything y’all have asked me to do, plus more.”

Bryant is the third Clemson quarterback to leave the school since Lawrence’s arrival.  In January, quarterback Zerrick Cooper bolted Tiger Town for Jacksonville State.   In May, rising sophomore Hunter Johnson – the No. 21 overall talent in the 2017 class – announced his intention to leave the school.  Johnson landed at Northwestern, where he will have three years of eligibility remaining after sitting out this season.

Because he only appeared in four games this season for Clemson, Bryant will have a full year of eligibility remaining.  And as a graduate transfer, he can play right away at his next school.

Where will he wind up?  Good question …

Speculation has centered around Arkansas, where he could be reunited with former Clemson offensive coordinator Chad Morris – now in his first year as Razorbacks’ head coach.  Other possible destinations include Auburn and Florida.

In the meantime, Clemson’s offense is now squarely on the shoulders of Lawrence.