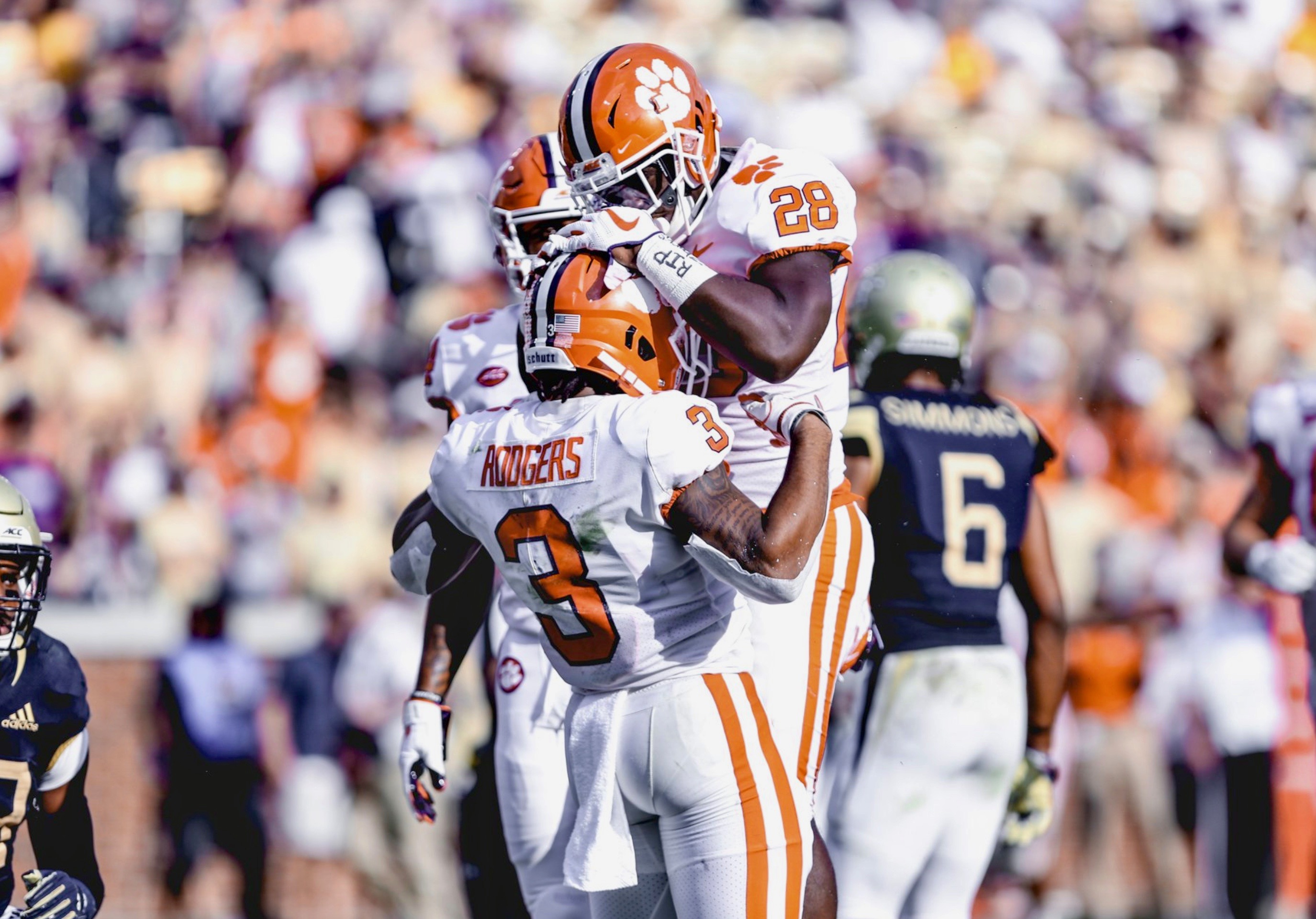 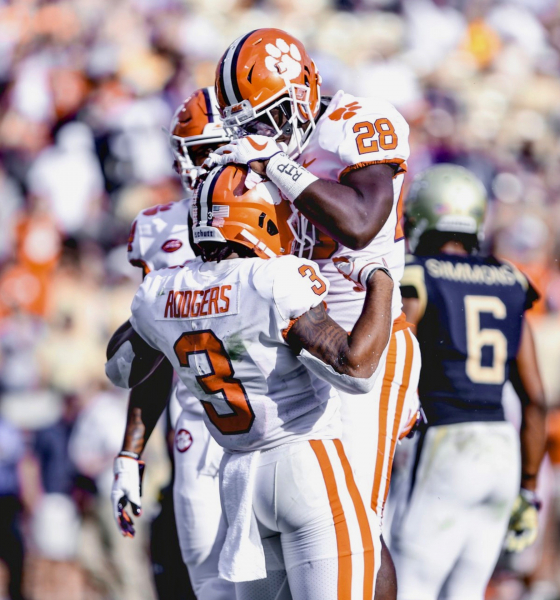 Lawrence’s performance – along with yet another dominating effort from the indomitable Clemson defense – pushed the Tigers to 4-0 for the fourth consecutive season (and the fifth time in the last six years).  Clemson has also now taken four in a row from the Yellow Jackets – tying the Tigers’ longest streak in this rivalry, which dates back to 1898.

“I’m really proud of our team,” Swinney said after the game.  “I thought this was our best game.  No question.”

Meanwhile Georgia Tech – which slipped to 1-3 (and 0-2 in conference play).

In the Tigers’ first big road win of the season (over Texas A&M), it was Bryant – the graduate senior and returning starter – who was entrusted with the ball when the game on the line.  Against the Ramblin’ Wreck, Lawrence put the game out of reach – with Bryant returning for mop-up duty midway through the third quarter after watching the heralded freshman lead the Tigers on four scoring drives. 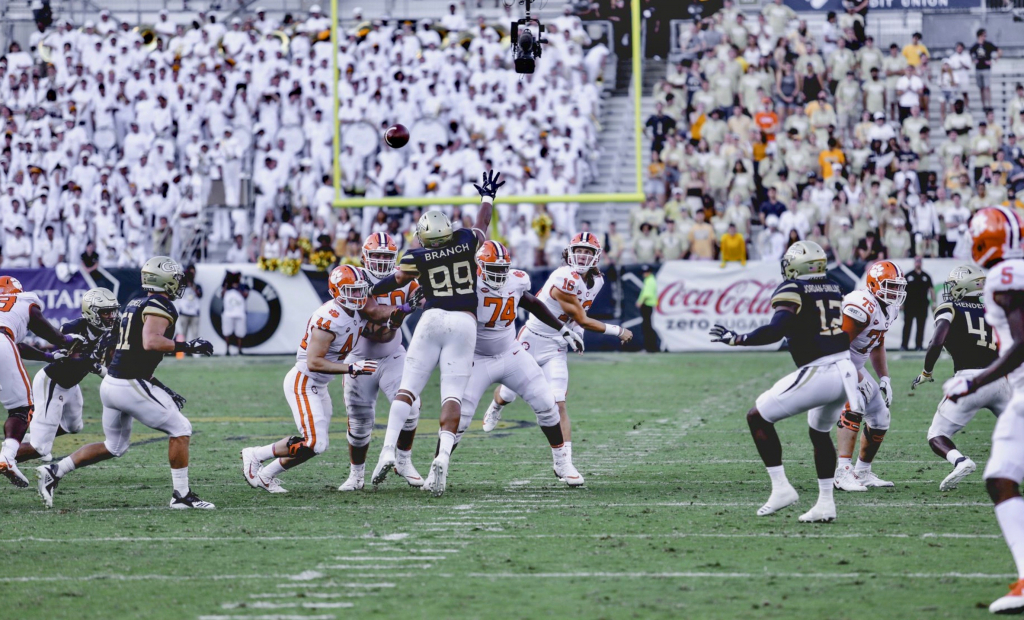 Bryant finished six of ten for 56 yards.  Despite struggling in the first frame, he did lead Clemson on a scoring drive in the second half.

On the ground, Etienne picked up 122 yards on 11 carries – his second straight 100-yard performance.  The 5-foot-10, 200-pound Louisiana native had a three-yard rushing touchdown as well as a three-yard receiving score.  Backup Tavian Feaster added 75 yards on eight carries with a touchdown for the Tigers, who continue to display balanced offensive attack with multiple weapons at all of the skill positions.

.@ClemsonFB's defensive line was on a mission to score here, and Clelin Ferrell did.

We told you about this Ferrell kid, didn’t we?  Yes …

Coordinator Brent Venables’ other All-Americans showcased their skill sets, too, with senior defensive tackle Christian Wilkins recording a sack and a pair of tackles for loss.  Senior defensive end Austin Bryant also had a sack and tackle for loss.

“It’s tough to go up against the triple option,” Wilkins said after the game. “We just planned.  We had a lot of practice and felt very prepared going into this game.”

Clemson returns home to Death Valley next weekend to face Syracuse University, a team which stunned the second-ranked Tigers a year ago.  Clemson’s 27-24 loss to the Orange in Syracuse, New York last October was the Tigers’ only regular season defeat in 2017.   Syracuse is also 4-0 after pummeling Connecticut 51-21 on Saturday.

Kickoff is scheduled for 12:00 p.m. EDT with ABC providing coverage.