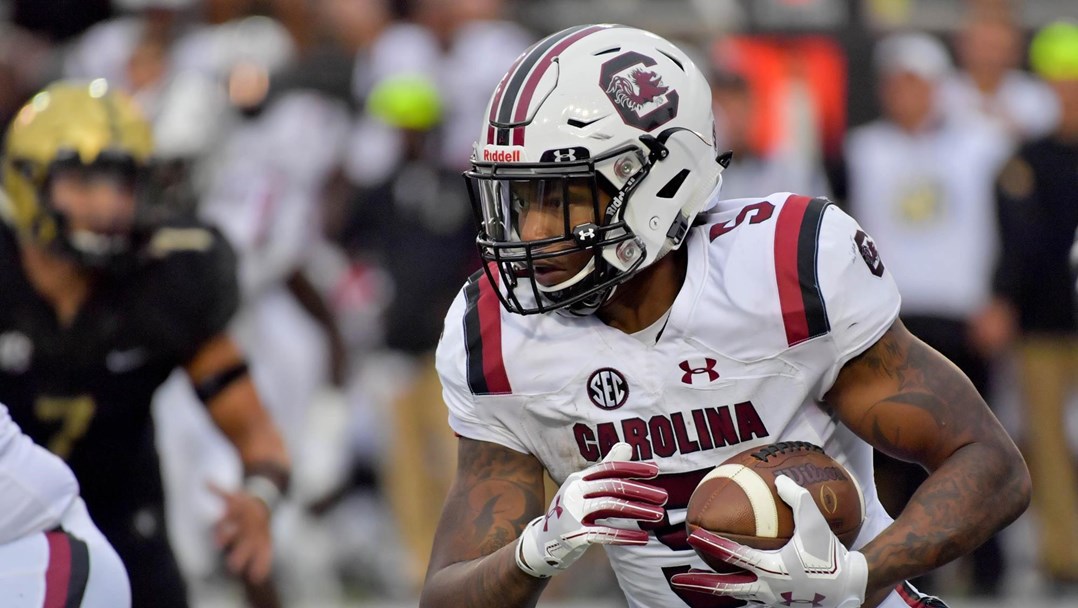 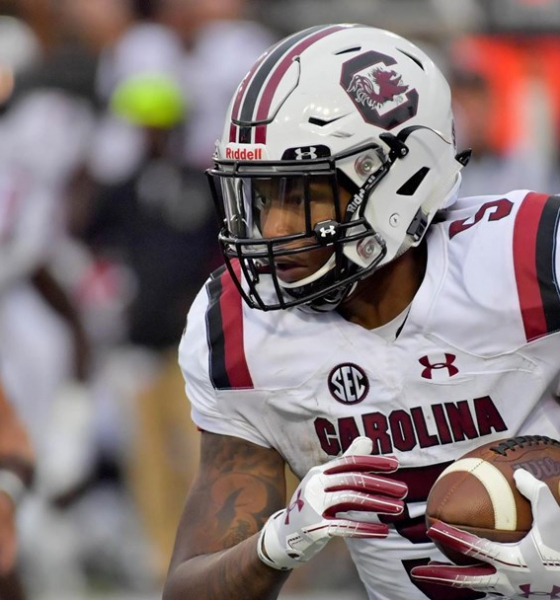 The University of South Carolina football team rushed for a season-high 273 yards in grinding out a workmanlike win over Vanderbilt on Saturday in Nashville, Tennessee.

The 37-14 victory over the Commodores – whose head coach vowed to give the Gamecocks a “street fight” – stabilized a program that was eviscerated two weeks ago at home against No. 2 Georgia (and was then left to cool its jets last weekend when Hurricane Florence resulted in the cancellation of its scheduled game against Marshall).

Mason told reporters on Tuesday that the Commodores (2-2, 0-1 SEC) – who nearly knocked off No. 8 Notre Dame on the road last weekend – were going to give South Carolina a “no-gloves street fight, not sanctioned fight.”

Apparently the Gamecocks (2-1, 1-1 SEC) were “game” for precisely such a slugfest, although a lengthy lightning delay, numerous penalties and several costly turnovers kept the Commodores around longer than they probably deserved to stick around in this SEC East showdown.

Junior tailback Rico Dowdle – who missed almost all of the 2017 season with a broken leg – led the Gamecock ground game with 112 yards on 20 carries (his second 100-yard performance of the year).  Dowdle also found pay dirt for the third time this season on a two-yard touchdown run in the second quarter.  Junior A.J. Turner added 64 yards on nine carries, while junior Ty’Son Williams contributed 48 yards and a score on seven carries.  Junior quarterback Jake Bentley even flashed his wheels a bit, rushing for 45 yards on nine attempts.

Bentley had a solid outing through the air as well – completing 19 of 28 passes for 261 yards and a touchdown.  His favorite target?  Sophomore wideout Shi Smith (the hero of the Gamecocks’ bowl win over Michigan).  The 5-foot-10, 187-pound speedster from Union, S.C. caught five passes for 111 yards – including a 38-yard touchdown on South Carolina’s opening drive.

The Gamecocks never trailed in recording their tenth consecutive win in this series (Vanderbilt hasn’t beaten the Gamecocks since recording back-to-back wins in 2007 and 2008).  Coordinator Bryan McClendon’s up-tempo offense also got back on track after the debacle against Georgia.  In fact, the efficiency of McClendon’s unit probably kept the Gamecocks from having a pair of calls go against them on instant replay.

Officials simply didn’t have enough time to call down to the field and tell referees they wanted to take a look at the previous play … something that never would have happened under former coordinator Kurt Roper.

Bentley had a costly interception, though, which led to the first Vanderbilt score of the game.  A pair of lost fumbles also kept the Gamecocks from quickly slamming the door on the ’Dores – who had several opportunities to claw their way back into the contest after South Carolina took a 30-14 lead on a one-yard touchdown run from Mon Denson late in the third quarter.

Muschamp was displeased with his team’s lack of ball security.

“Could’ve hung fifty (on them) if we hung on to the football,” he said after the game.

Fortunately for Gamecock fans, defensive coordinator Travaris Robinson’s unit kept things on lockdown in the second half – holding Vanderbilt scoreless through the final two quarters.  South Carolina created two turnovers of its own and held Vandy to just 284 total yards (a week after fourth-year starting quarterback Kyle Shurmur and his mates hung 420 yards on the eighth-ranked Irish).

Shurmur finished just 18 of 38 against the Gamecocks for 180 yards.  He had one touchdown and one interception.

South Carolina’s breakout defensive star of the game?  Lineman Javon Kinlaw.  The 6-foot-6, 305-pound junior from Charleston, S.C. recorded two sacks, had three tackles for loss, broke up a pass and caused a pair of fumbles – channeling his inner Jadeveon Clowney.  Kinlaw left the game in the second half with a leg injury, however Muschamp told reporters after the game that Kinlaw was “fine.”

South Carolina also had a good day on special teams, with sophomore placekicker Parker White connecting on all three of his field goal attempts.  The 6-foot-5, 200-pound kicker from Mount Pleasant, S.C. – a former walk-on – has not missed a kick all season.

The Gamecocks will need to stay healthy and excel in every facet of the game when they travel to Lexington, Kentucky next week to do battle against the resurgent Kentucky Wildcats.  Head coach Mark Stoops’ team is riding a four-game winning streak against South Carolina – and is off to its first 4-0 start in over a decade after trouncing No. 14 Mississippi State 28-7 on Saturday.

Running back Benny Snell, Jr. talked a big game leading up to Saturday’s matchup with the Bulldogs – and then backed it up by rushing for 165 yards on 25 carries with a school-record four touchdowns.

Saturday’s game at Kroger Field in Lexington will kick off at 7:30 p.m. EDT with the SEC Network providing coverage.