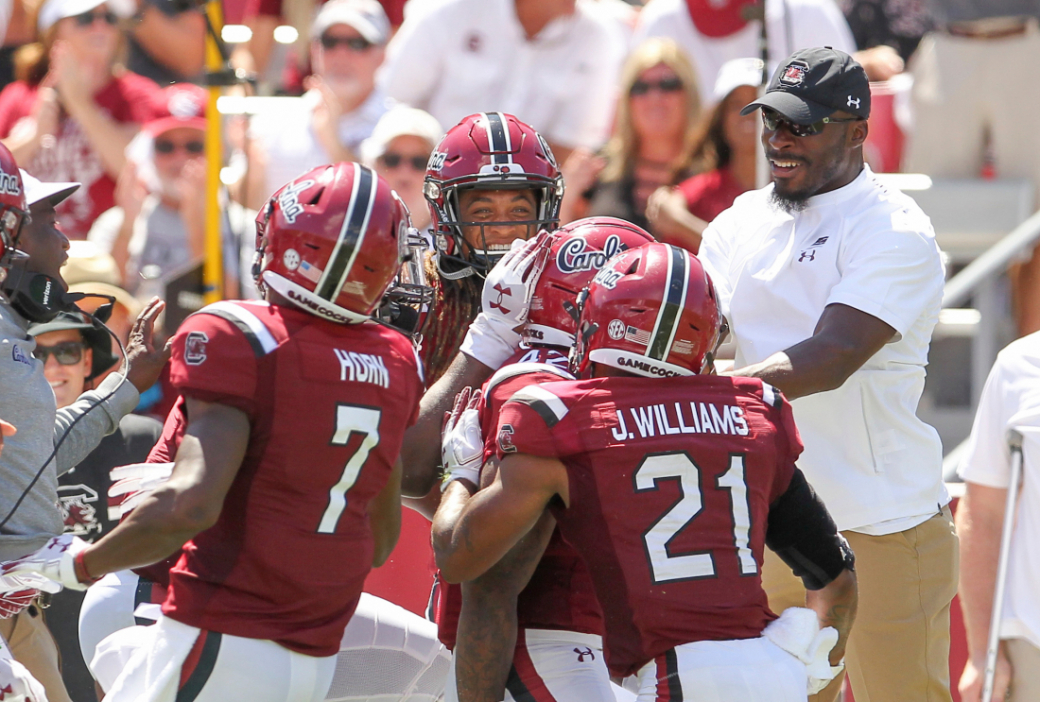 The University of South Carolina football squad will try to end its four-game skid against SEC East rival Kentucky later this month.

Can they do it?  As of this writing, ESPN is giving the Gamecocks (1-1, 0-1 SEC) the benefit of the doubt in their quest to avoid getting “five-bombed” in football … by a basketball school.

According to the network’s power index, head coach Will Muschamp’s squad has a 55.5 percent chance of beating the Wildcats (3-0, 1-0 SEC) when they meet at Kroger Field in Lexington, Kentucky next weekend.  For those of you focused on this weekend’s matchup, the same index gives South Carolina a 58.7 percent chance of knocking off Vanderbilt in Nashville on Saturday.

Both of these conference road games fall squarely in the “must-win” category after the Gamecocks’ embarrassing home loss to Georgia on September 8.  That deflating defeat – combined with the cancellation of Saturday’s game against Marshall – has taken most of the air out of the team’s once-promising 2018 campaign.

Can they get hot again and reignite the enthusiasm of their loyal fan base?  We shall see …

This week, the SEC announced that the Kentucky-South Carolina game would be carried on the SEC Network at 7:30 p.m. EDT next Saturday – with a nighttime kickoff providing an added home field advantage to the Wildcats.

This week, Kentucky will host No. 14 Mississippi State on ESPN2 at 7:00 p.m. EDT, while South Carolina’s game against the Commodores will kickoff at 4:00 p.m. EDT on the SEC Network.

Kentucky is led by running back Benny Snell, Jr., who has racked up 375 yards in three games – good for second-best in the SEC.  The 5-foot-11, 228-pound Ohio native is a punishing, fearless runner – one who put up 102 yards on 32 carries against the Gamecocks in last year’s 23-13 Wildcat win in Columbia, S.C. 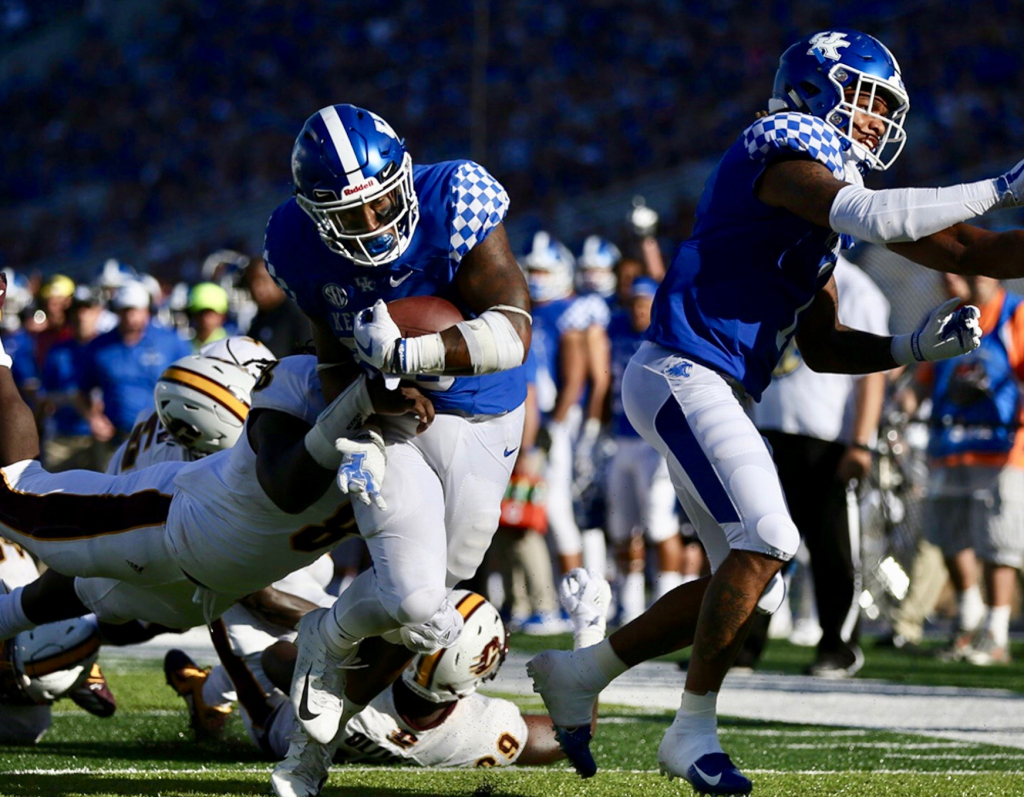 “I’m going to run on any team, you could be an NFL team, my college team, it don’t matter,” Snell (above) said this week in anticipation of facing a stingy Mississippi State defense on Saturday.

Snell led the SEC in rushing yards and rushing touchdowns a year ago, and has three touchdowns on the ground already this year.  He also threw a 43-yard scoring strike in last week’s 48-10 Wildcat drubbing of Murray State.  Our guess is Snell and his linemen were salivating after watching Georgia’s ground game gash the Gamecock defense for 271 yards and three touchdowns two weeks ago.

Before contending with Snell, South Carolina must first get past a Vanderbilt squad that gave No. 8 Notre Dame a much closer battle than anticipated on Saturday in South Bend, Indiana.

After falling behind 16-0, head coach Derek Mason’s team rallied in the second half against the Irish – and were in the midst of a potential game-winning drive when a fourth-down conversion attempt failed with just over a minute left on the clock.

“Our confidence is very high,” Commodore safety LaDarius Wiley said after the game.

It should be … too bad the same cannot be said for the Gamecocks.

As we noted last week, we are confident South Carolina can turn things around this year.  But it is becoming clear that wins over Kentucky and Vanderbilt are not as easy to come by as they have been in recent years.