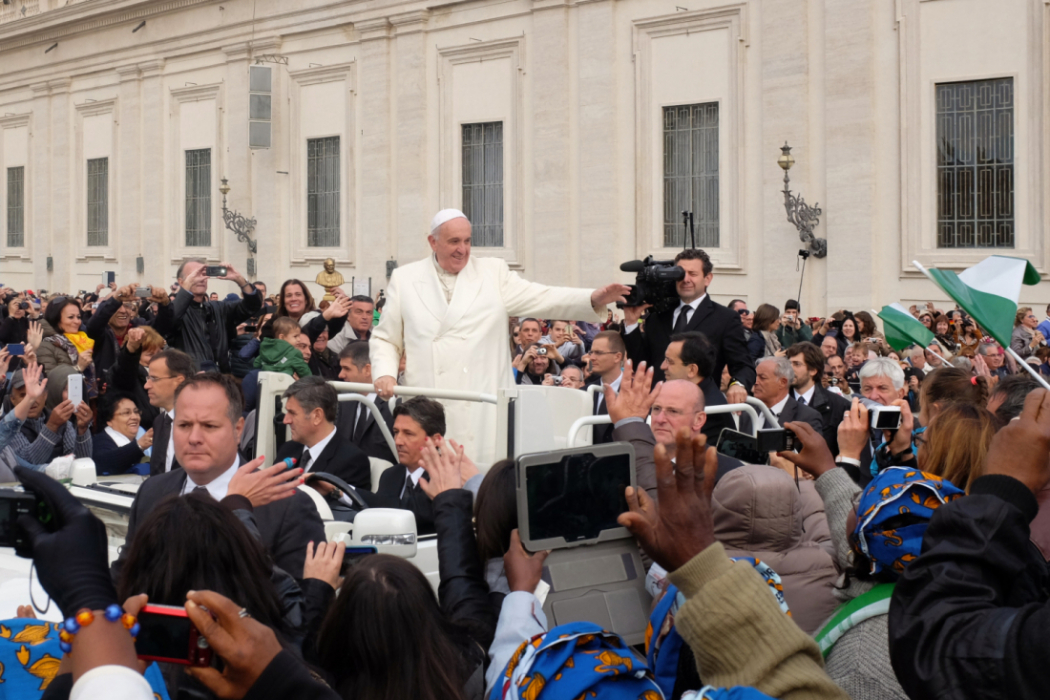 Christendom was rocked this week by the refusal of Pope Francis to address seismic charges that he covered up the latest child sex abuse scandal within the church.

The allegations – made by the Vatican’s former ambassador to the United States, archbishop Carlo Maria Vigano – were contained in an 11-page testament published earlier this week.  Among other things, Vigano alleged in his testament that Francis knew about allegations of child sex abuse involving former Washington, D.C. archbishop Theodore McCarrick as early as “June 23, 2013 and continued to cover him.”

McCarrick, 87, was removed from the ministry a month ago after the emergence of a “credible and substantiated” allegation that he molested a teenager decades ago while serving as a priest in New Jersey decades earlier.

Numerous other allegations have been made against McCarrick.  In fact, two former priests who allegedly suffered sexual abuse at his hands were paid off to the tune of $180,000 in 2004 and 2007, respectively.

The church’s “corporate-speak” response to the scandal has already generated criticism, but the allegations against Francis – who has sought to stake himself out as an economic and (relatively speaking) social liberal – have ramped the scandal up to a higher energy level.

The furor only intensified when Francis – formerly known as Jorge Mario Bergoglio – refused to address the allegations against him.

“I read that statement this morning,” Francis told reporters while traveling on the papal plane from Dublin to Rome.  “I read it and I will say sincerely that I must say this, to … all of you who are interested: Read the document carefully and judge it for yourselves.  I will not say one word on this.  I think the statement speaks for itself and you have sufficient journalistic capacity to reach your own conclusions.”

In addition to calling on Francis to “acknowledge his mistakes,” Vigano further insisted he adhere to the church’s “zero tolerance” policy and set “a good example to cardinals and bishops who covered up McCarrick’s abuses.”

And how, exactly, does Vigano believe Francis should set such an example?

“Resign along with all of them,” he said.

This news site has been harshly critical of the Catholic church in the past … and we have been particularly critical of the 81-year-old pontiff, whose liberal politicking has turned us off even more to the church.  Having said that, we won’t be echoing calls for his resignation unless his accusers come up with something to substantiate their claims.

Also, it is worth noting Vigano himself has been accused of covering up a sex abuse scandal – one involving American archbishop John Nienstedt.

We spoke this week with several of our Catholic friends … many of whom expressed shock at the developments.

“It is absolutely unimaginable,” one of our Catholic friends told us this week.  “I don’t think there is any penalty too harsh for a child molester.  The evidence of the church’s concerted efforts over generations (or maybe longer) to cover up and deceive is incredible.  I can’t imagine that there is a breach of trust more serious than this in any aspect of our lives.”

Another one of our Catholic friends described the scandal as “the gravest crises ever to face the church.”

We agree.  And we believe the church has compounded the crisis by failing to address it quickly and decisively.  Seriously, if there were ever a reason to tie people to a stake and light the match … this is it.  But that is not what the church has done, and its failure is likely to do lasting damage to an institution established fifty days after the resurrection of Jesus Christ in the early first century.

According to the 2017 Annuario Pontificio, there were an estimated 1,284,810,000 Catholics in the world at the end of 2015.  That’s up slightly from five years earlier.  An estimated 70.4 million Americans – or 22 percent of the nation’s population – are Catholics.