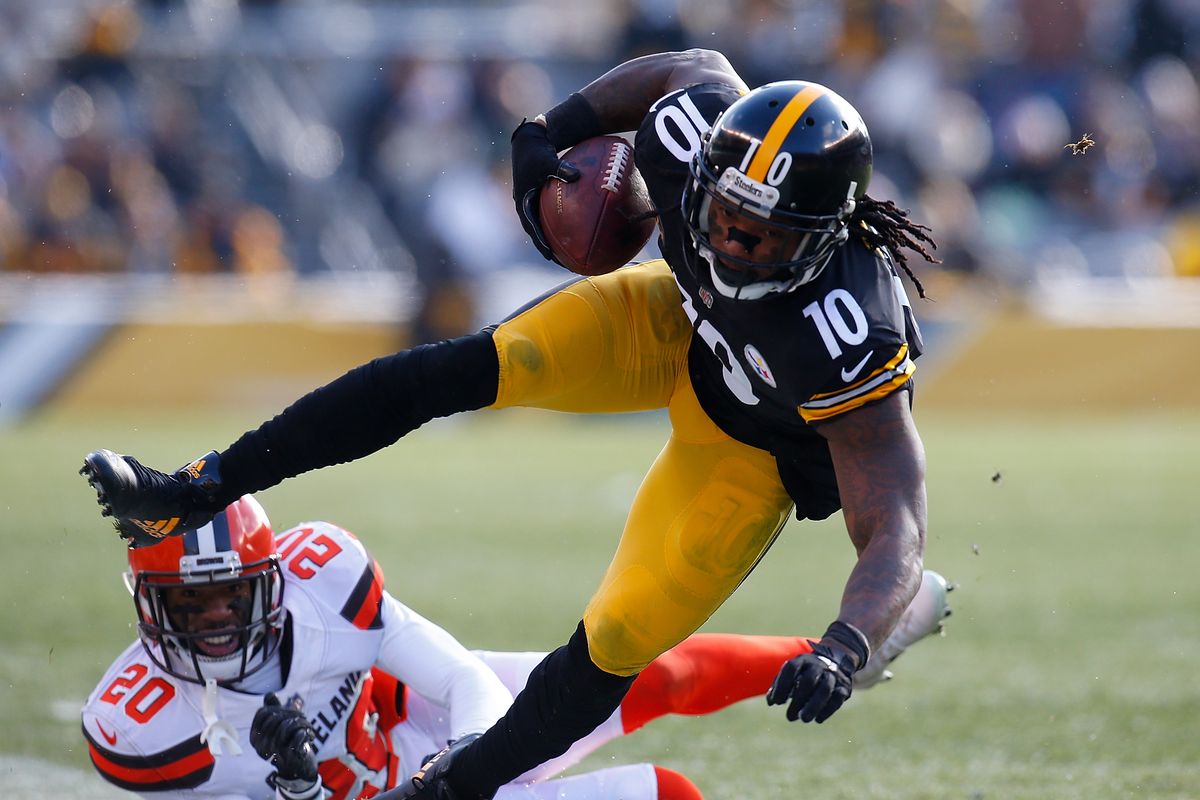 Oakland Raiders wide receiver Martavis Bryant reportedly owes more than $80,000 in child support to the mother of his five-year-old daughter.

The former Clemson University star – who has been plagued by off-field issues dating back to his collegiate days – has been accused by Jasmin Keesley of dodging payments by repeatedly changing his address so that court officials cannot track him down.

“They literally have to find him, and it takes about four months each time,” Keesley told by TMZ Sports.

Keesley also claimed Bryant – who will earn at least $1.9 million this season – has made just six child support payments since a 2015 paternity test proved he was the father of Keesley’s child.

Bryant, 26, of Calhoun Falls, S.C. is in his fourth season in the National Football League (NFL).  Drafted in the fourth round in 2014, he has appeared in 36 games over three seasons – all with the Pittsburgh Steelers – catching 126 passes for 1,917 yards and 17 touchdowns.  Bryant has also rushed 14 times for 71 yards with one score during his NFL career.

Standing 6-foot-4 and weighing in at 230 pounds, Bryant is a prototypical NFL wideout – with blazing speed (4.27 seconds in the forty-yard dash), soft hands, remarkable agility and a ridiculous (39-inch) vertical leap.

He has all the tools …

Unfortunately, his career has been dogged by multiple off-field issues.  At Clemson, Bryant was suspended from the 2012 Chick-Fil-A Bowl for poor grades.  As a pro, he missed the first four games of the 2015 season for multiple violations of the NFL’s substance abuse policy.

And that was just the beginning of his drug issues …

Bryant – who according to his agent has a problem with marijuana – was suspended (without pay) for the entire 2016 season for “multiple failed drug tests.”

This news site used the occasion of Bryant’s 2016 suspension to criticize the NFL’s drug policy, although we did point out that “like any other business – (the NFL is) free to institute whatever drug policies it chooses for its athletes.”  We also noted that Bryant was not only aware of the rules, but also of “the consequences associated with breaking them.”

This news site has long supported the right of individuals to engage in recreational drug use – and we continue to believe the NFL’s prohibition against marijuana is ridiculous.  But we also believe in personal responsibility – especially when children are involved.

As for Bryant, we sincerely hope this is the year he gets his act together and lives up to his incredible potential.

Raiders’ head coach Jon Gruden has said Bryant “is not a good talent, he’s a great talent.”  Which is presumably why the Raiders gave up a third-round draft pick in the 2018 draft to acquire Bryant, who has one year remaining on the rookie contract he signed with the Steelers back in 2014.

Gruden has also referred to the troubled wideout as a “white tiger.”