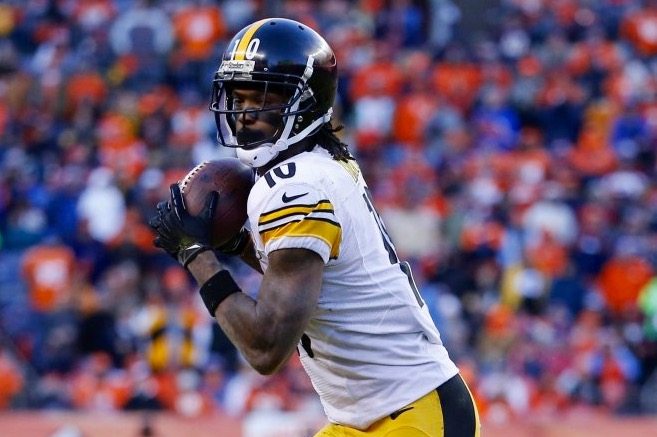 We were scanning the list of Clemson University football players currently on National Football League (NFL) rosters when we stumbled upon the name of Martavis Bryant.

A 6-foot-4, 211-pound wide receiver from Calhoun Falls, S.C., Bryant will miss the entire 2016 NFL season due to a suspension for “multiple failed drug tests.”

It’s been widely reported that Bryant, 24, has a problem with marijuana.  In fact his agent has admitted as much.

That problem has led to some serious issues with his teammates, too, as have his alleged struggles with chronic depression.

Here’s our question, though: Rather than ostracizing Bryant as some sort of addict – would the NFL be better served by letting him (and other players) toke up?

“Marijuana is not a performing-enhancing drug,” Zac Wissink wrote recently for FanSided.  “It does not help a NFL player pack on extra muscles … catch the ball any better or run tighter routes.  Smoking or ingesting marijuana won’t make Bryant faster, nor will it turn an average player into an All-Pro who will one day be enshrined in the Pro Football Hall of Fame.”

“What reason does the NFL or any person have for caring if a player uses marijuana on an off day or in the offseason?” he asked.  “So long as that individual is not arrested and charged with breaking a law, it should not even be public knowledge that a player uses marijuana.  We know enough about marijuana to understand that it has medical value to players who literally put their bodies and lives on the line during games up to 20 times a year.”

By now it’s abundantly clear that there are proven medical benefits to marijuana.  Hell, even the Surgeon General acknowledges as much.  In fact, as we noted in a recent column about a young girl who suffers from dangerous and debilitating seizures, in some cases legalizing pot is a “moral imperative.”

We’re not willing to go so far in Bryant’s case because we don’t know any of the details … but it certainly seems as though the NFL’s prohibition against pot is every bit as ridiculous as similar prohibitions imposed by government against its citizens.

One big difference in this situation?  The NFL – like any other business – ought to be free to institute whatever drug policies it chooses for its athletes.  And no one is claiming Bryant (who was suspended for four games in 2015) was unaware of those rules – or the consequences associated with breaking them.

Deshaun Watson Out Again For Clemson