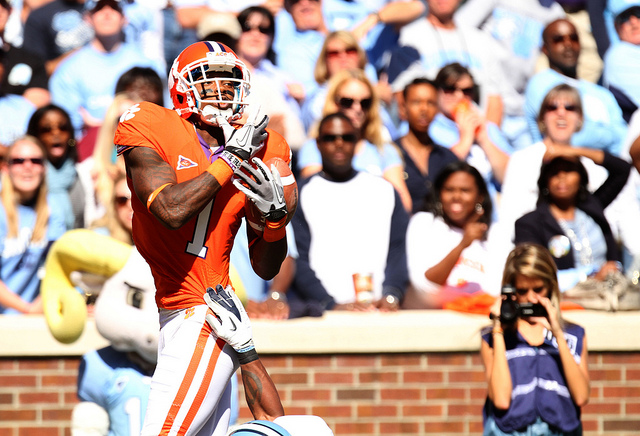 Clemson University’s offense was already going to have its hands full with No. 8 LSU in the Chick-Fil-A Bowl on New Year’s Eve, but now coach Chad Morris’ unit will be undermanned when it goes up against one of the nation’s elite defenses.

A 6-foot-5, 205-pound sophomore from Calhoun Falls, S.C., Bryant has caught 10 passes for 305 yards and four touchdowns this season.  And while he’s not Boyd’s favorite target (that would be DeAndre Hopkins) or team’s most talented receiver (that would be Sammy Watkins), he’s a good downfield threat with excellent size and speed.

Remember, Clemson’s offensive juggernaut came to a screeching halt when it went up against the University of South Carolina defensive unit last month.   In fact USC held Boyd below 200 yards passing for only the third time in his career.  LSU’s defense is every bit as good – if not better – than South Carolina’s.