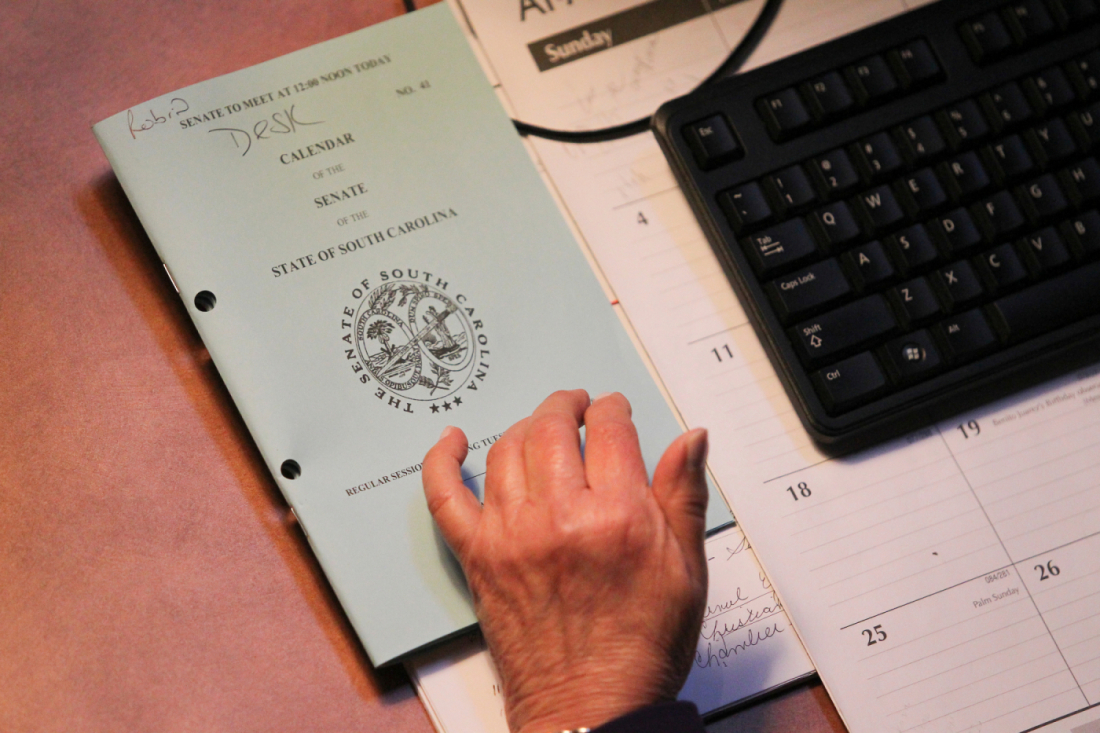 There is no evidence to suggest Democratic powerbroker (and current South Carolina Senate candidate) Dick Harpootlian was ever in any danger of losing the black vote – which he joked years ago he “didn’t want to buy” but would rather “rent for a day.”

You just never know what he is going to say … ever.

Despite “Republican” efforts to invoke his politically incorrect sense of humor … this remark has never come back to haunt Harpootlian.  Black voters have showed up and voted for him in droves on several occasions in the intervening decades … and every indication is they will do so again next month when Harpootlian appears on the Democratic ballot in a primary election for S.C. Senate District 20.

The uber-influential attorney is expected to cruise to his party’s nomination in this August 14 primary election, at which point he would take on one of four “Republican” candidates in the November 6 special election for this swing district – which was vacated last month via the resignation of longtime fiscally liberal “Republican” John Courson.

Black voters are even more likely to turn out for Harpootlian now, though, seeing as he has just received the endorsement of U.S. congressman Jim Clyburn in his bid for this seat.

“Dick will be a very fierce and forceful advocate for those people that have been disenfranchised and sometimes, dispossessed,” Clyburn said in a statement released on Tuesday.  “I think Dick will be make an outstanding State Senator and I’m proud to support his candidacy.”

That’s a “big get” as our founding editor Will Folks tweeted.  And sources close to Harpootlian’s campaign tell us an even bigger endorsement is coming soon (hmmmm).

Harpootlian called Clyburn a longtime friend and someone who “knows what it is going to take to make progress on the important issues facing our state and that is not the status quo.”

Not the status quo …

The two-time former S.C. Democratic Party (SCDP) chairman is a progressive populist – which as you might imagine is an exceedingly rare breed in a state that has been dominated for years by corporate/ bureaucratic-controlled “bipartisanshit.” Put simply, Harpootlian has made enough money via his wildly successful legal practice that he isn’t beholden to the powers-that-be in Palmetto politics.  Any of them.  In other words, he can say exactly what he thinks without worrying about entrenched interests cutting (or not cutting) him a campaign check.

Which is a good thing, because there is no one in South Carolina who says what he thinks quite like Harpootlian …

“I decided early on I would not accept PAC money for my campaign,” he tweeted earlier this week. “These entities are not nefarious but by taking their (money) you are in effect endorsing their position in the abstract (and) I fear this will give the wrong appearance of being predisposed to a position or legislation.”

Harpootlian wants to eliminate many of the paid perks lawmakers award themselves once in office.  He also wants to do away with a legislative exemption that allows lawmakers to keep their correspondence hidden from the public view.  Furthermore, he wants to mandate jail time when elected officials are convicted of violating the public trust.

Assuming he clears his primary election hurdle next month, Harpootlian will face off against one of the following four candidates: Insurance agent Bill Turbeville, attorney Christian Stegmaier, attorney Benjamin Dunn and pastor John Holler (all of Columbia, S.C.).

Those four candidates will also face off on August 14.  If no one receives a majority of the votes cast in that race, a runoff election between the top two vote-getters would be held on August 28 with the winner advancing to the November 6 race against Harpootlian … err, the Democratic nominee.

As we have noted previously, Harpootlian’s early momentum in this special election scared the GOP’s top prospect for this seat out of the race.  That’s when “Republicans” apparently went out-of-district to recruit a well-funded challenger – only to see him draw a trio of opponents (as well as criticism for his geographic opportunism).

This Senate seat very nearly went for Clinton in 2016, and many believe a blue wave will crest over its borders in 2018.  Also, this year’s Democratic gubernatorial nominee – Afghan War veteran and former S.C. minority leader James Smith – hails from the heart of this district, which should help boost Democratic prospects even further.