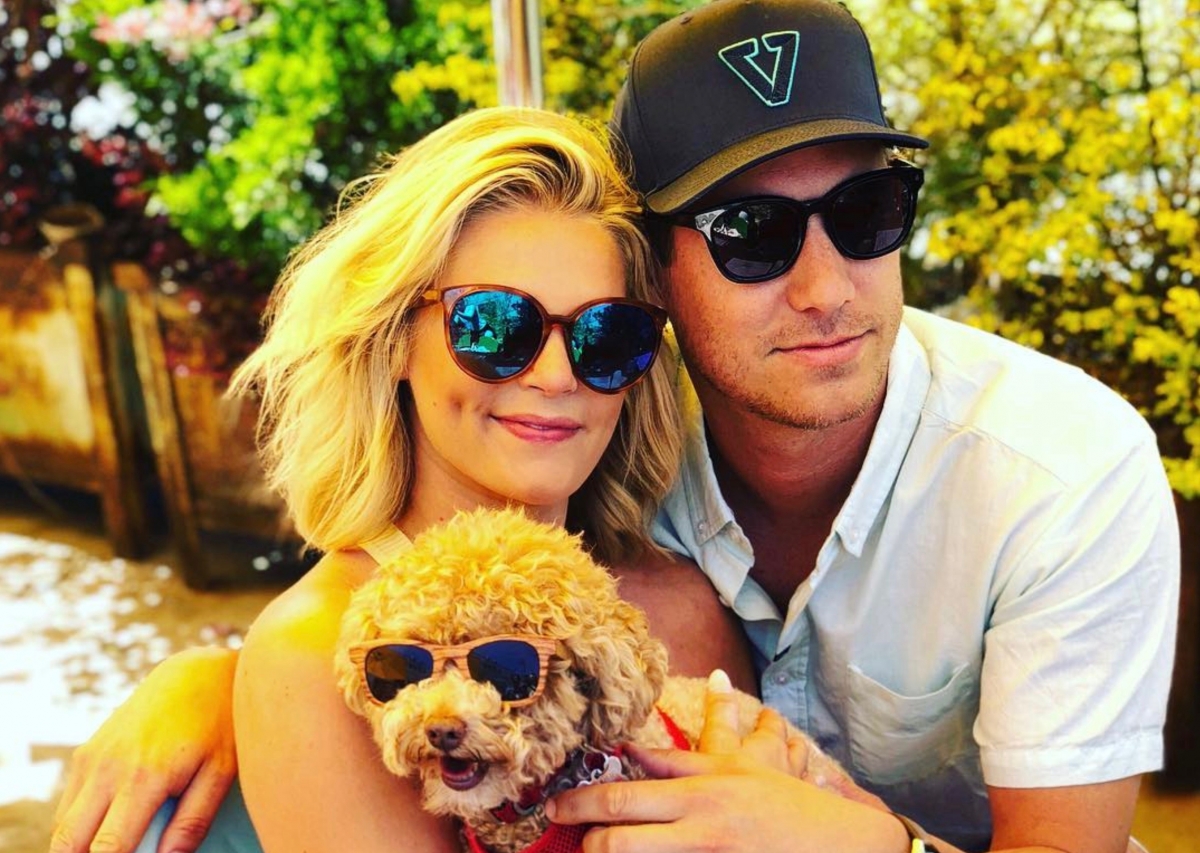 Over the weekend, this news site dropped a bombshell with our exclusive report on reality television “star” Austen Kroll.

Kroll – a cast member on Bravo TV’s Southern Charm – was busted by his girlfriend Madison LeCroy in a bit of a compromising position several weeks ago.  Basically, LeCroy showed up at her boyfriend’s house in Charleston, South Carolina one morning several weeks ago to discover two women inside the residence with him.

Oh, and one of the women apparently left her underwear on the floor beside Kroll’s bed … 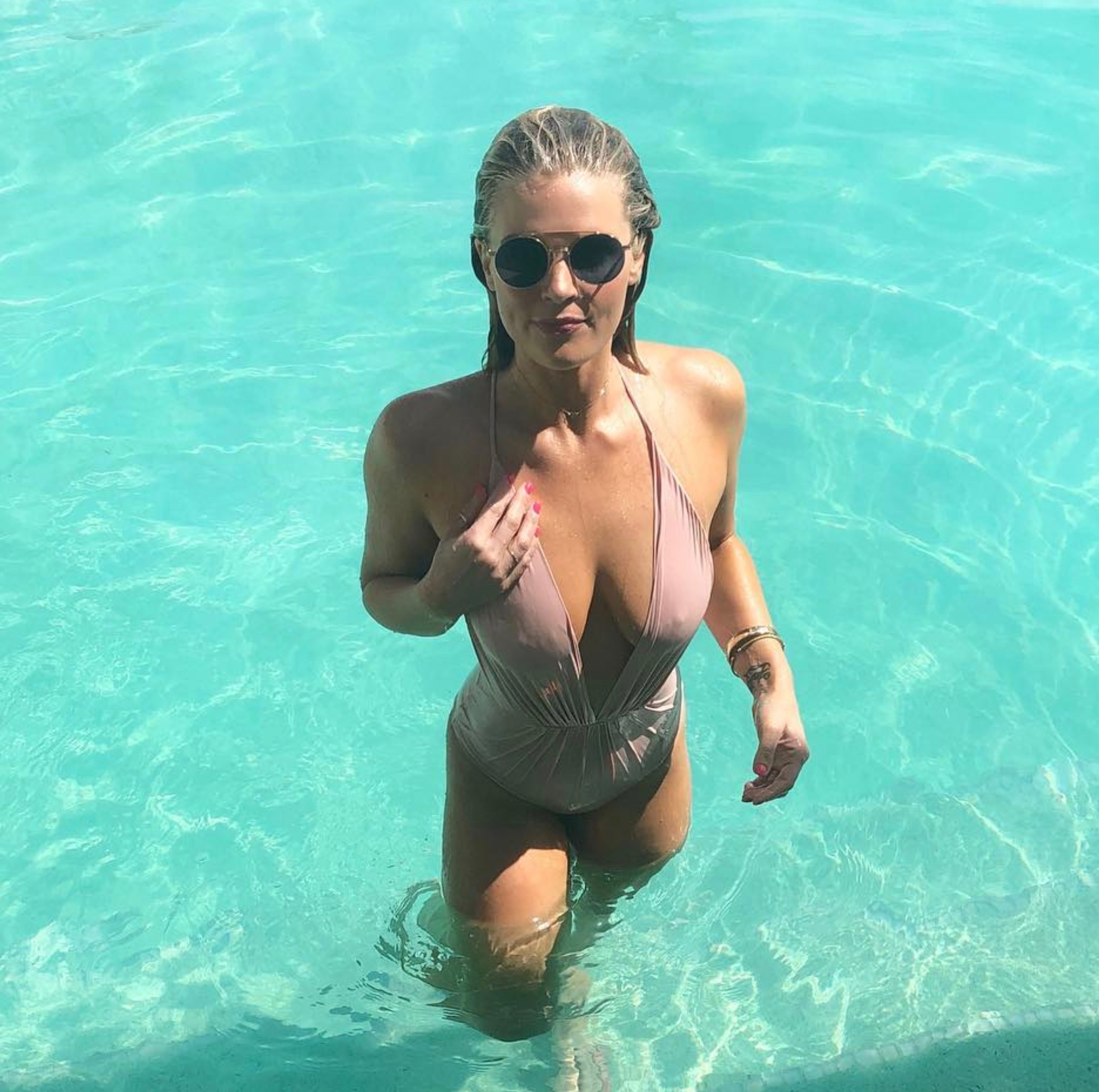 To say LeCroy (above) was unhappy with the situation is putting it politely.  She was absolutely livid with her boyfriend (although according to our sources she and Kroll have since reconciled).

Adding insult to injury, the ensuing exchange between the two angry lovebirds was captured on video.  Which has since gone viral.

Usually, stories like this are fairly cut and dried … but not in this case.

According to our sources, the offending video was leaked to us as part a calculated effort to discredit Kroll – and get him booted from the show.

Not only that, some clever misdirection was apparently employed in an effort to conceal the identity of one of the women who was associated with the controversial clip.

Drama, drama, drama … but we suppose in the world of reality television, that’s the point.

Frankly, if this video was intended to get Kroll kicked off the show – that plan is likely to backfire.  After all, we have never devoted this much ink to Kroll in the past – and our guess is his Google is stronger today than it’s ever been.

As noted in our original coverage, aside from the occasional mention he receives in guest columnist Amy Feinstein’s witty and incisive Southern Charm reviews (read the latest ones here and here), we simply haven’t paid this guy much mind at all.

Now everybody is talking about him … which is exactly what Bravo executives want.

Now … about the misdirection …

In our original report, we made sure not to allege that either of the women discovered in Kroll’s home on the morning the video was filmed engaged in sexual intercourse with the Southern Charm star.  We have heard rumors to that effect, but we never made any such allegation.

“We have no idea if Kroll had sex with either of the two women LeCroy discovered at his residence,” we wrote in our original report.

Similarly, we did not name either of the two women who were discovered by LeCroy in her boyfriend’s home – even though this information has been provided to us.

In passing, our story did mention the names of two women who were allegedly seen partying with Kroll the previous evening – references which have apparently created some confusion.  In an effort to provide definitive clarification on the matter, this news site can confirm that Charleston businesswoman Danielle Jeffords – one of the women mentioned in the article – was not at Kroll’s home on the morning the video in question was filmed.

Nor has she ever had any sort of romantic involvement with Kroll – or any member of the Southern Charm cast.

“She is not one of ‘those’ girls,” a friend of Jeffords’ family told us.  “She’s a good girl from a good family with a good job who was dragged into this situation unfairly.”

Our founding editor Will Folks – who spoke briefly with Jeffords this week – said he has no problem believing that.

“She sounds as sweet and as wholesome as a Tom Petty lyric,” Folks said.

Ultimately, the identities of the women who were discovered at Kroll’s home aren’t remotely as interesting to us as the motivation for this video being released … and the misdirection associated with it.

Somebody is clearly attempting to play some three-dimensional chess with this story … but who?  And to what end?

We’ve heard several compelling theories on that front which this news site will continue to investigate … and we would urge our readers to come forward with any information they might have on the situation.

Again … the “who” doesn’t interest us nearly as much as the “why.”

In the meantime, the season finale of Southern Charm’s wildly successful fifth season will air this coming Thursday (July 12) at 9:00 p.m. EDT.  Tune in … and be sure to catch Feinstein’s review on our site shortly after the episode concludes.

Got something you’d like to say in response to one of our stories? Please feel free to submit your own guest column or letter to the editor via-email HERE. Got a tip for us? CLICK HERE. Got a technical question or a glitch to report? CLICK HERE. Want to support what we’re doing? SUBSCRIBE HERE.
Banner: Austen Kroll Instagram