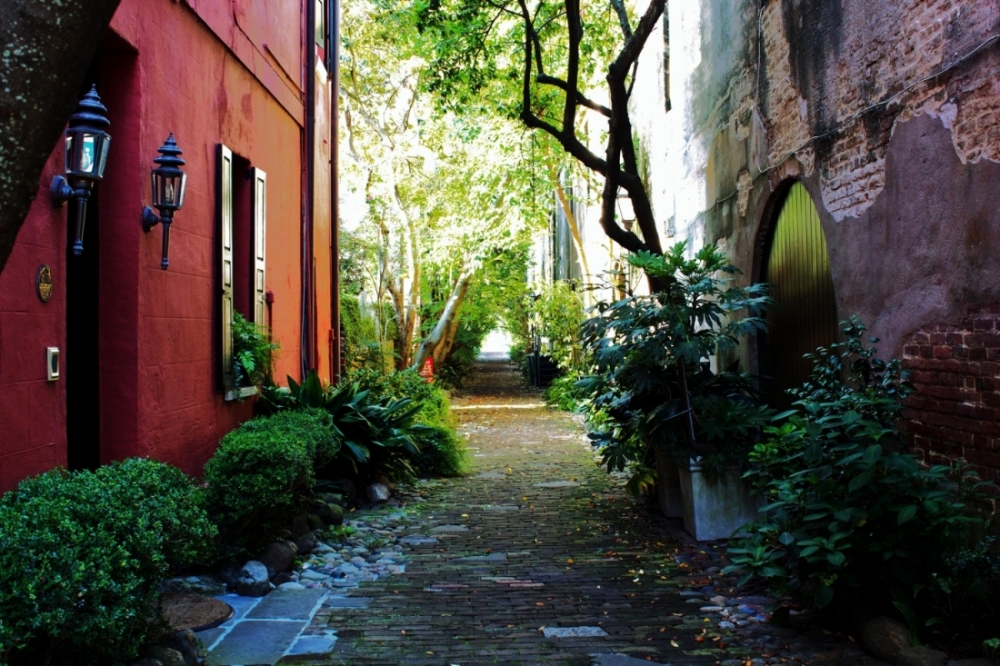 by AMY FEINSTEIN || This is the Bravo TV Southern Charm episode where it’s clear that Patricia Altschul has flipped – moving away from sympathizing with Thomas Ravenel (and his sidekick) and reevaluating her relationship with Kathryn Dennis.

During the gang’s trip to Hilton Head there was a seismic shift, as Kathryn denied Ravenel’s second choice an invite to a toddler’s birthday party, and so in response – the girlfriend burned down a village.

Tonight’s episode opens with Shep Rose attempting to make meatballs, and it’s pretty clear that he’s not sure how to use an electric range (not that we think it would have gone better with gas).

We also check in with Craig Conover, a.k.a. “The One Armed Man” to find that it’s hard to make pillows with one hand, and his roommate did not sign up to be a seamstress apprentice. He is still complaining that if he had “one more day” to show Patricia his samples. Don’t bs a bs-er Craig. Clip Art? C’mon!

Back at Casa Shep, I can’t help but think of the movie, Under the Tuscan Sun when instead of flushing cold water in the farmhouse toilet, steam comes out, and Sandra Oh’s character says it’s like a facial for your butt “An Ass-cial.” After seeing Mr. Rose’s plumber’s butt, maybe Kathryn can make him an appointment at the spa for whatever the fancy name is for a bum facial.

Now, to the person who is really the star of this episode – Patricia Altschul – who highlights and underlines what we’ve all been thinking in a chat with Thomas Ravenel.

Now, Thomas is many things – but he’s not a rube. How do you look shocked or disappointed when Mrs. Altschul lets you know that you’ve got yourself a gold digger?

As Ravenel approaches Patricia, is it me, or has he aged this year? Michael the butler has been trained well to notice something, and then compliment a guest to put them at ease with a “you look like you are getting younger.”

Patricia has just finished her guest list for her “Winter Wonderland” ball, and lets Thomas know he’s invited but must wear tails and white tie.

Ravenel says he’s nursing a polo injury (wow, that sounds mighty white) and in a flashback, his father wonders if he dies playing polo, who will raise his kids? Gee, I have a thought!

Patricia decides it’s best to tell Thomas about the out of body conversation she had with Plan B (a.k.a. Ashley Jacobs).  And no, this will not be the last person on this very special episode of Southern Charm who takes Ravenel aside after an odd interaction with Thomas’ season five girlfriend.

Patricia tells Thomas that his girlfriend came to her and confided she was unhappy. Thomas explained that he believes he gives more than he gets and he wants his girlfriend to get a job. She’s used the excuse about her nursing license, but what’s stopping her from doing something else short-term?

Thomas said he asked his plus one what she saw in him, why she loves him – and she says that he’s a good provider.  Girlfriend might as well have said she really likes his money and all of his stuff.

“Which translates into you’ve got money.”

In her confessional Patricia continues to draw a diagram for some people who need it spelled out for them.

“No job, no interests, no friends, just hanging out in an apartment Thomas pays for. The word that comes to mind is gold-digger.”

I’ll bet that is Andy Cohen’s word of the day tonight!

Shep and Kathryn meet on a pier to chat and eat corndogs, at least until they are dive-bombed by a bird.  He asks if she is going to the polo match, and she is understandably reluctant after being kept in the basement with the baby during the first months of Kensie’s life.  Gosh, Thomas Ravenel is just the PTSD gift that keeps on giving.

The rest of the episode is all about the polo event at Thomas’ plantation, Brookland (which can now be rented on Airbnb).  We see Thomas and Plan B driving to Edisto Island during an awkward car ride out to the country.

The silence is interrupted by Thomas saying that the area is beautiful and his girlfriend saying that she remembered that it was greener before (it’s called winter, sweetie).

Ravenel greets his horses and Plan B asks why the polo ponies don’t approach her. Well, nah, low-hanging fruit.

After the tense car ride, is she really still talking about having a wedding? Thomas tries to change the topic as he feels a chill enter the barn. Thomas says a this point he’s just a sugar daddy, and Plan B doesn’t deny it, but she adds that she actually has feelings for his wallet, umm, him.

She deflects and attempts to turn the tables on her sugar daddy by telling him what he had to do differently. My gosh, she’s exhausting.

“Maybe we should call it quits.”

(Cue nervous bobble head movements. He’s called your bluff. But somehow he can’t cut that final cord. It’s as if she’s holding something over his head. Like maybe a video, and no matter what he says, she’s got him pegged as someone with something to hide).

Just a thought, it should dawn on you to add security to your laptop and your phone.

It’s party day, and Plan B is playing lady of the manor, but she’s still twitching. The Rob Thomas song “Unwell” could be her theme song, “I’m not crazy I’m just a little unwell…”

But perhaps we are a song or two down the road from that one.

Kathryn is at Danni Baird’s house getting ready for the party, and it’s good that she has some back-up.  This is another unwelcome flashback from a rough time in KD’s life after she had Kensie and she was moved out to the country, all alone, no family, no friends, and it was Kathryn and Kensie in a basement bedroom and Thomas in the master upstairs.  She knows she had unrealistic 21-year-old expectations about how it was going to be, but things turned Patty Hearst pretty quickly.

“It was a figment of my imagination.”

Guests start arriving, and the whole gang is there minus Whitney Sudler-Smith. The talk is about Patricia’s ball, and Shep says he’s bringing Kathryn as his date after Patricia invited her personally.

JD arrives, and though he thinks he looks like Dubya, he’s a bit more Boss Hogg from the Dukes of Hazard.  How is he still sunburned in December?

Thomas’ girlfriend starts to warm up to Shep on the deck, and he starts to look like he’s thinking about jumping to exit the conversation.

“Thomas and I are just going to pump the brake a little bit. I have not been happy.”

Shep tries to slow the diatribe when she interrupts to ask if Shep will date her.

“Would you date me?”

“If I break up with Thomas?”

In his confessional, Shep says he thinks she’s a sociopath.  What is it she said, crazy attracts crazy?

Kathryn arrives and says hello to Thomas before entering the house, showing Danni where she used to live.  I can’t help but hear the song “The Old Apartment” by Barenaked Ladies in my head.

Kathryn greets the gang, and Plan B walks away muttering.  By the way, when people casually ask you how you are doing, they don’t want to hear about the tire fire that is your relationship.

Shep points out that Kathryn is channeling her best Lady Mary from Downton Abbey in her Edwardian attire complete with war medals.

Thomas’ team wins the polo match and it’s time to eat.  Mr. Ravenel puts on quite a spread with oysters, stone crab claws, and gumbo.

The flashbacks are hard, and if they are hard for viewers, they have to be crushing for Kathryn, even if she has put this behind her. Having to do a Groundhog Day replay of the worst time of your life has to be one of those Sisyphus-styled challenges given to someone as torture.

Craig, JD and Thomas sit down, and Craig tells Thomas that like the awkward encounter we just witnessed between Plan B and Shep, he too was propositioned by Thomas’ girlfriend. Thomas realizes he is now walking in cow sh*t.

Let’s talk about the chutzpah of someone totally on the dole complaining to other women at this party that she isn’t having fun.  Wow, Shep is right, sociopath, going from person to person at a party and waving their dirty linen.

Thomas breaks out his best Hamlet with Polonius’ speech “to thine own self be true.”

After the party, Thomas sits down with his girlfriend to tell her this isn’t working for him and he’s not having fun.  She says she’s not giving up yet.  It’s like the girl who won’t get dumped.

“I still have a little more fight in me.”

Is that a promise or a threat?

“I still have hope,” she says, wiping invisible tears off her cheek.”

Lord, if she was speaking Spanish this would be a telenovela!

Until the season finale next week!