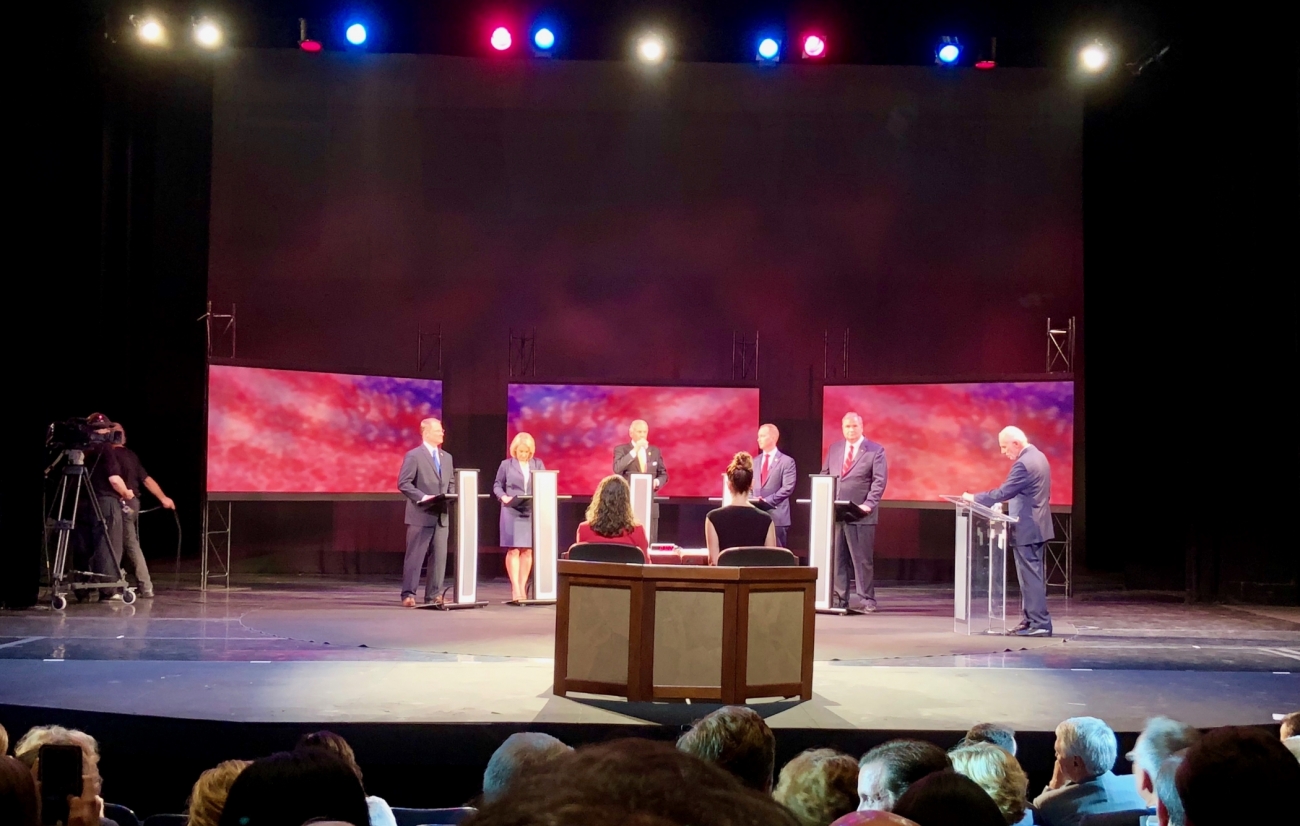 Numerous hard political punches were thrown during the second (and final) 2018 South Carolina “Republican” gubernatorial primary debate on Tuesday evening, with beleaguered governor Henry McMaster absorbing, deflecting – and at times throwing – jabs as he continued to fight for his political survival.

The 71-year-old career politician bobbed and weaved as his anemic record and proximity to scandal was repeatedly assailed by GOP rivals Catherine Templeton and John Warren during the hour-long forum on the campus of the University of South Carolina in downtown Columbia, S.C.

The vulnerable incumbent saw his record eviscerated – while his ongoing connection to the #ProbeGate political corruption scandal was extensively highlighted by Templeton, Warren and lieutenant governor Kevin Bryant.

Bryant is out of contention in this race, but that didn’t stop him from mixing it up with McMaster.

“Why was the first order of business to have the godfather at the governor’s mansion for a family meeting?”  Bryant asked McMaster pointedly, referring to a February 2017 gathering featuring veteran political strategist Richard Quinn (whose political empire has been at the center of the ongoing investigation).

Warren was even harsher on McMaster, accusing him of employing “the biggest criminal in the state for thirty years,”once again referring to Quinn.

“My concern is whether or not the incumbent governor is a target (of the investigation),” she said.  “If we hire him on June 12 and then he gets indicted, we’re handing our state over to the liberals.”

Quinn testified back in April before a statewide grand jury as part of a deal with S.C. first circuit solicitor David Pascoe, although it remains unclear what he was asked or what sort of answers he provided.  The ongoing investigation – now in its fourth year – claimed its fourth sitting elected official earlier this week when long-serving state senator John Courson stepped down prior to pleading guilty to one count of misconduct in office.

McMaster denied being under investigation, saying “the only investigations I’ve been involved in were the ones I led,” referring to his tenure as U.S. attorney and later as attorney general of South Carolina.

Templeton and Warren – battling furiously for second place in the June 12 primary election – also took a few shots at each other, but the debate never turned into the undercard slugfest many were anticipating.

With less than a week to go before voters head to the polls, McMaster is all but assured of finishing in first place in this five-way race.  However, his support has slipped sufficiently that there is no way he can eclipse the fifty percent threshold necessary to win the GOP nomination on the first ballot.  That means he must participate in a head-to-head battle against the second place finisher – which will be either Templeton or Warren.

That’s why it was so surprising that the most contentious exchange of the evening occurred between Templeton and McMaster – not Templeton and Warren.

According to the governor, Templeton only decided to run against him after he turned her down for the job of lieutenant governor in his administration.

“She had come to me and asked to be my running mate, to be lieutenant governor,” McMaster said.  “I said I couldn’t do that.  So then we tried to get her something in the White House, something in the administration, somewhere, but that didn’t work out, so here we are today.”

Ostensibly in support of this claim, McMaster’s campaign produced a text message exchange from November 2016 in which Templeton requested a meeting with then-lieutenant governor McMaster. 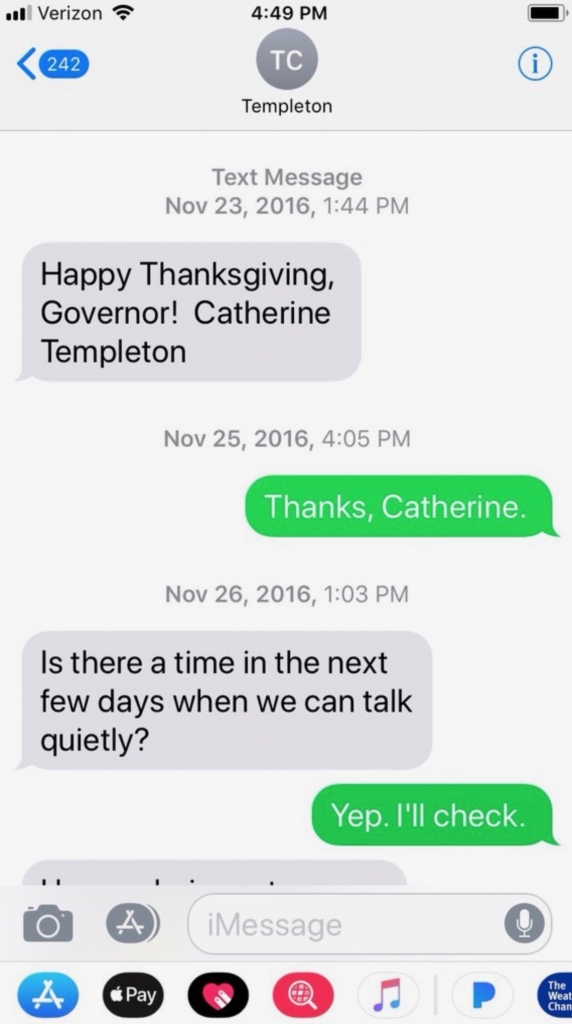 Obviously the message thread does not indicate what Templeton and McMaster discussed at their meeting, and Templeton flatly denied ever asking to be McMaster’s running mate.

“When I got to Henry’s office, I asked him if he was going to run for governor,” she told reporter Meg Kinnard of The Associated Press. “He told me he was running for governor. I said, OK then, that I wouldn’t ask for his support when I ran against him. And he said, fair enough.”

During the debate, Templeton drew laughs and applause from the audience when she mimicked McMaster’s distinctive southern drawl in saying “fair enough.”

A new governor certainly seems the most likely outcome of this election … the only question is whether Templeton or Warren will be the candidate to dispatch McMaster in the GOP runoff, which would be held on June 26.

Darla Versus Nikki 2: Get Ready To Rumble