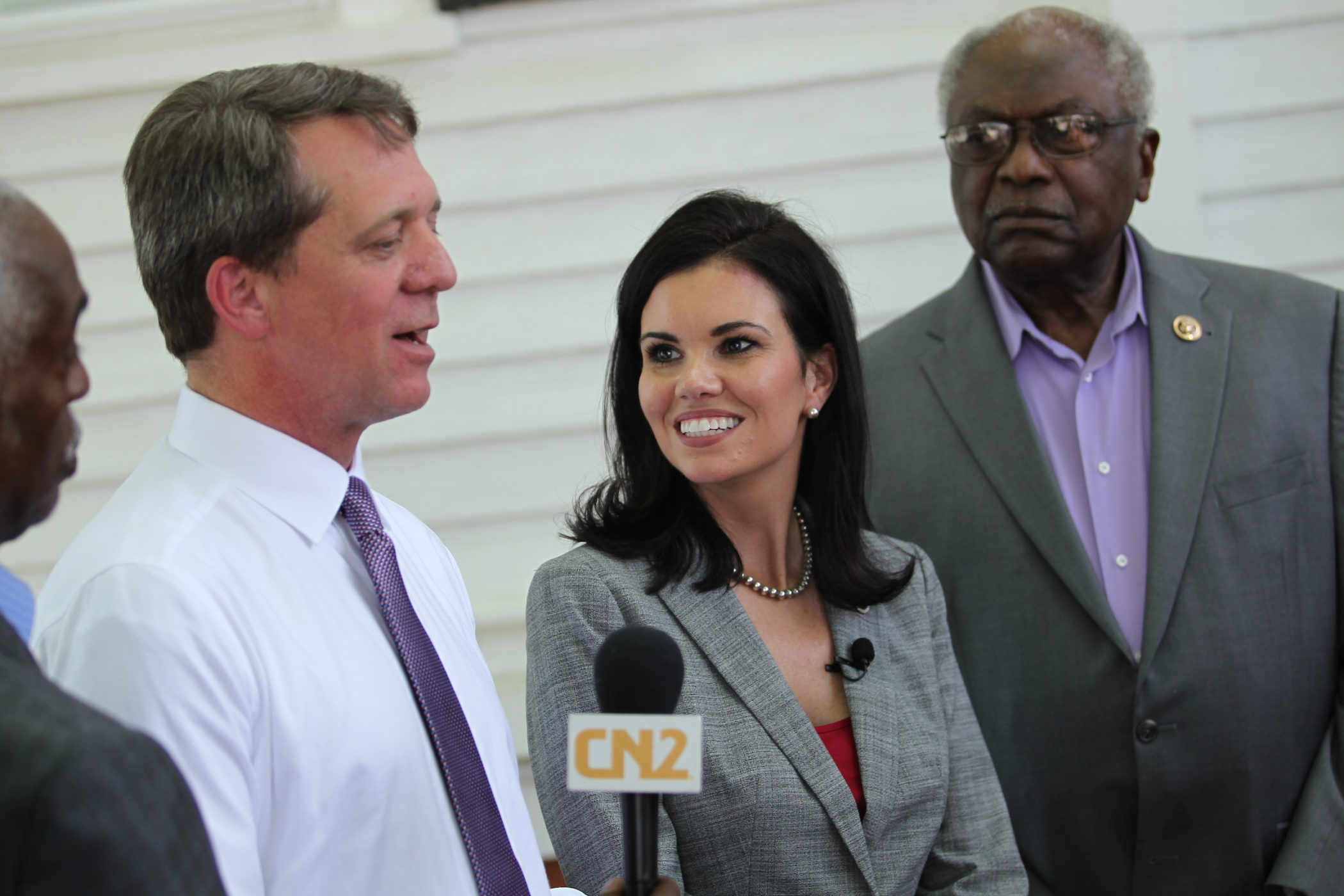 One of the left-leaning candidates for governor of South Carolina unloaded on his Democratic primary rival after the latter chose a centrist as his running mate – the latest evidence of deep divisions within the Palmetto State’s perpetual minority party.

Gubernatorial and lieutenant gubernatorial candidates will run on the same ticket for the first time in 2018.  In previous election cycles, the two offices were elected independently.

“Does the Columbia establishment not realize there are South Carolinians other than legislators and corporate lawyers capable of serving in elected office?” Noble continued. “Voters in our state are looking for real change, while the Columbia crowd is playing ‘legislator whack-a-mole.’”

On social media, Noble took it a step further – invoking race as a way of contrasting Smith’s pick with his selection of Georgetown, S.C. educator Gloria Bromell Tinubu.

Noble retweeted (and commented on) a tweet from another radical liberal slamming U.S. congressman Jim Clyburn for his endorsement of Smith and Norrell – the only “all-white ticket” seeking the Democratic gubernatorial nomination. 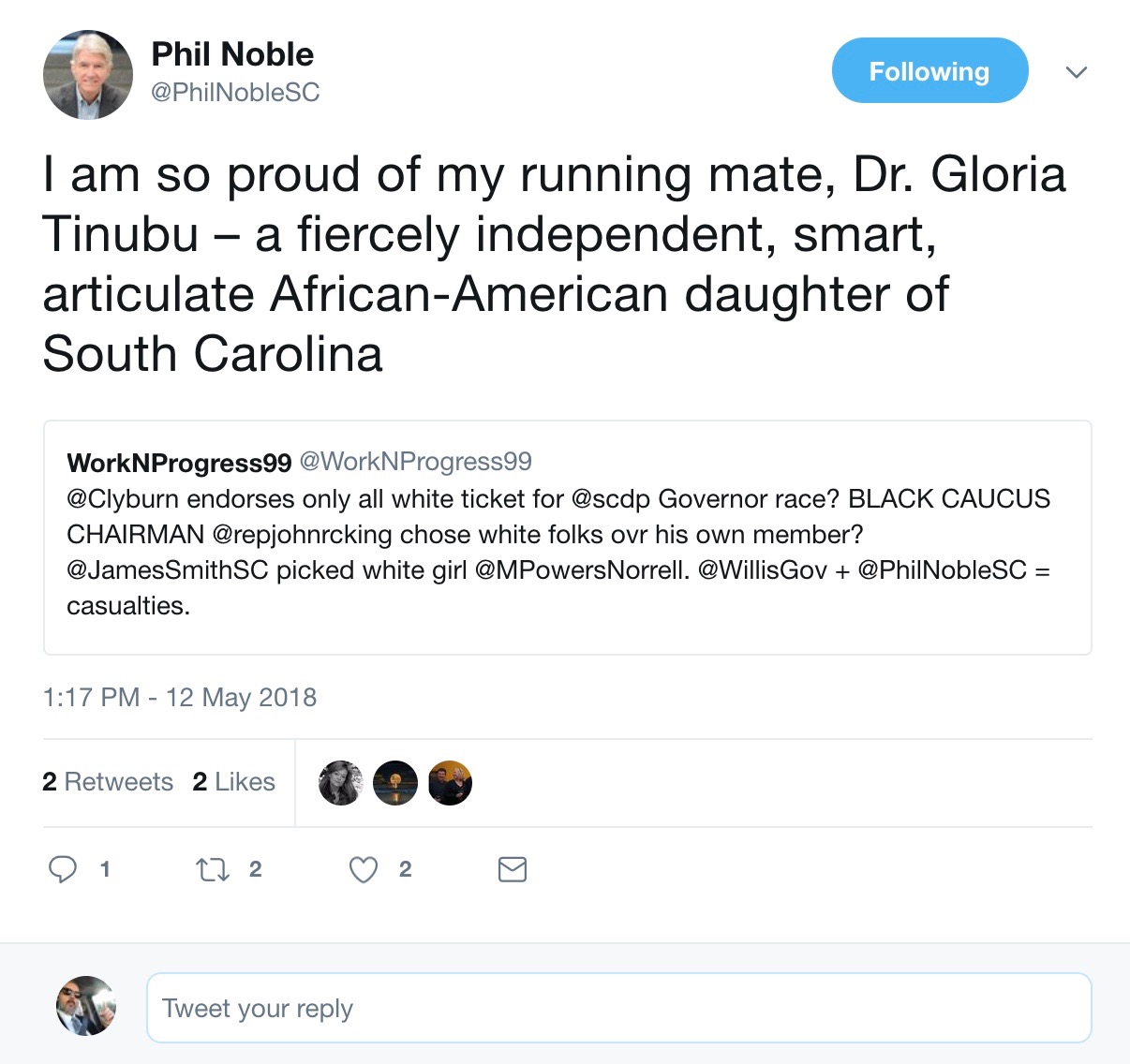 Noble responded by saying he was “so proud” of his selection of Tinubu, whom he described as “a fiercely independent, smart, articulate African-American daughter of South Carolina.”

Where is Chris Rock when we need him?

Is he “articulate,” too?

Anyway, these two choices put tremendous pressure on Smith to follow suit and select “a person of color,” but he declined to do so – opting instead for a well-regarded centrist Democrat who has somehow managed to hold onto a staunchly “Republican” seat in what amounts to the suburbs of Charlotte, North Carolina.

You know, the “white girl.” 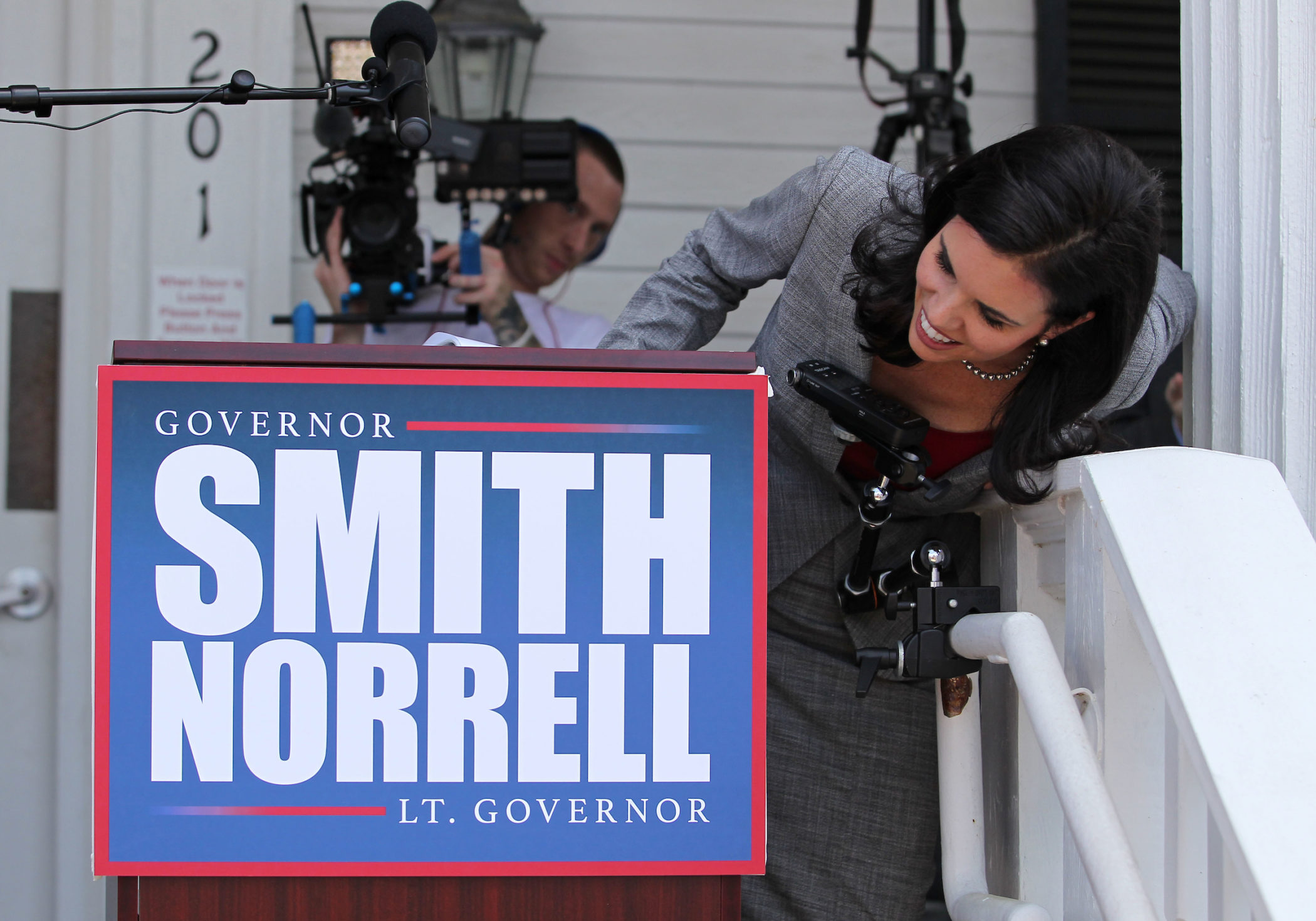 As we noted in our prior coverage, Norrell (above) is a rising star in the Democratic ranks.  As our readers will recall, she was touted as the Democrats’ dream candidate in a special election for the fifth congressional district last spring.   She declined to run for that seat, however.

Norrell was also recruited to run for governor in this year’s election, but she took a pass on that opportunity when it became clear Smith was interested in seeking the governor’s mansion.

Beloved by lawmakers of both parties and wildly popular within her district (map), Norrell didn’t draw a challenger this year even though U.S. president Donald Trump carried her district by a whopping 18 percentage points a year-and-a-half ago.

That’s impressive … and exactly the sort of crossover appeal Democrats must have if they hope to win their first statewide election since 2006 (and their first governor’s race since 1998).

Our view?  Well, we already weighed in with our thoughts on the Democratic moves …

Noble and Willis are playing lowest common denominator identity politics – pandering to the black vote in the Democratic primary.  Meanwhile Smith’s selection of Norrell is all about winning in November.

Smith’s only problem?  He’s got to win in June first …

Partisan primary voters head to the polls on June 12 – just thirty days away.  In races in which no candidate receives a majority of votes (fifty percent plus one), the top two candidates will square off in a head-to-head runoff election two weeks later.