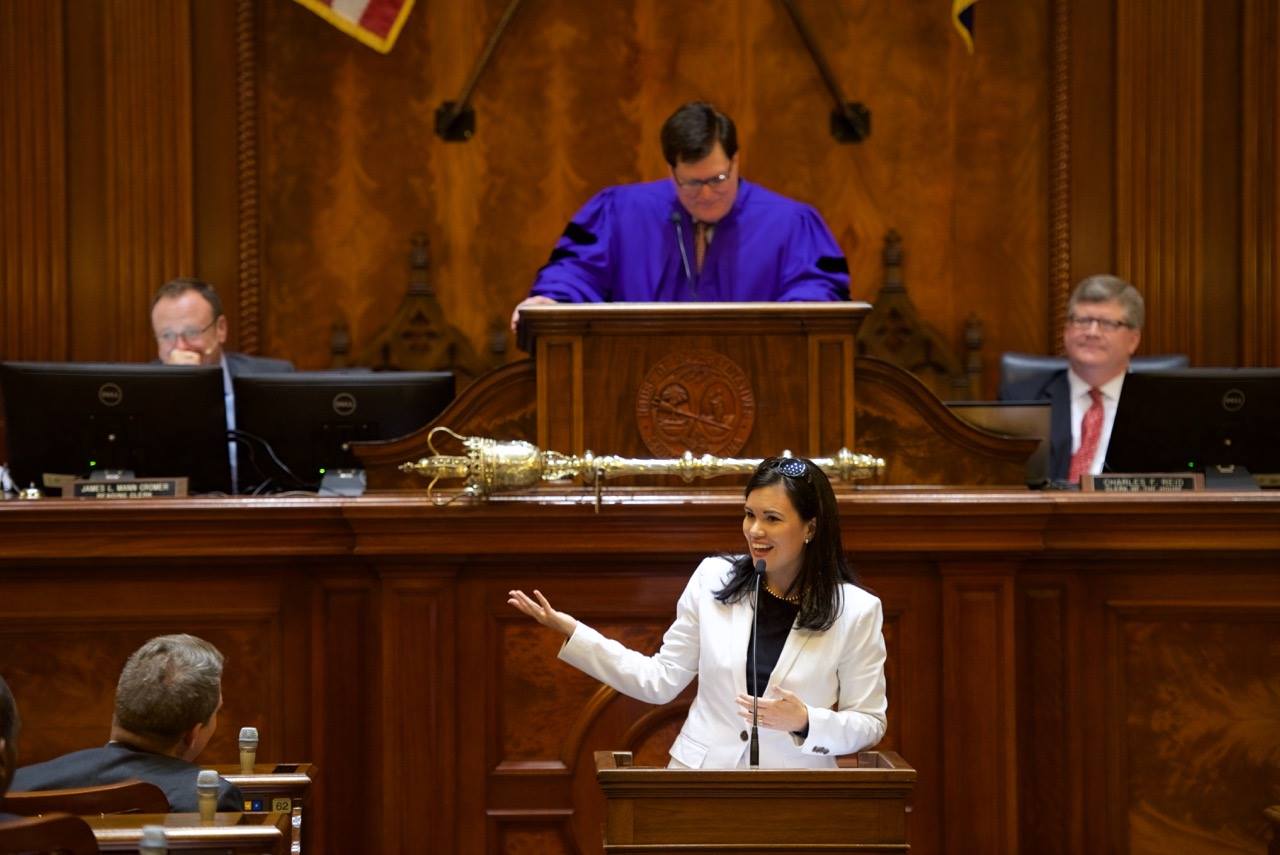 South Carolina Democratic party leaders are scrambling to find a candidate to occupy top of their 2018 ticket.

Does it matter who they pick?

As things stand now, no … not really (something we addressed extensively in this piece earlier this month).

Conventional wisdom has long held that former S.C. minority leader James Smith would seek – and likely win – the minority party’s gubernatorial nomination.  In fact Smith was widely viewed as a top choice for the Democratic nomination in 2014, but deferred to S.C. Senator Vincent Sheheen.

How come?  Well, Sheheen was riding high at the time after performing better than expected in his 2010 race against “Republican” Nikki Haley.  He drew 47 percent of the vote against Haley that year – and probably would have beaten her had it not been for the GOP’s straight ticket surge.

“The thinking was you have Vincent Sheheen – who comes within five points of Haley in a Tea Party election, a race she should have won by twenty points, you know?” one Democratic strategist told us.  “The thinking was this guy can win a rematch in a non-wave year so let’s … let’s give him a shot at doing it.”

Sheheen couldn’t come close to duplicating his success, though, and was trounced by Haley in 2014.

Smith – a war veteran with extensive bipartisan support in his Midlands, S.C. base – has been viewed by Democrats as their 2018 nominee-in-waiting.  However recent events have thrown that generally accepted calculus into doubt.

We’re referring, of course, to the scandal surrounding S.C. Senator John Courson – a fiscally liberal “Republican” who holds a Democratic-leaning State Senate district overlapping with Smith’s House district.  Due to health concerns and his recent indictment in connection with an ongoing corruption investigation, Courson’s status is very much in doubt at the moment.

In event he decides to resign – a decision many Palmetto politicos view as imminent – Democrats believe Smith would be ideally positioned to seek his seat.

Courson has represented S.C. Senate District 20 (map) since 1985.   Were he to step down, Smith would be the Democrats’ dream candidate to try and flip this “centrist” seat.  Certainly he’d have a far greater chance of being elected there in a special election than being elected governor next fall in a statewide race.

A longtime friend of Courson’s, Smith has made no public comment as to his intentions.  However Democratic operatives tell us there is no doubt in their minds he will run in the increasingly likely event there is a special election for Courson’s seat.

“It’s either a kamikaze mission for governor or go be the frontrunner for a legislative office with real juice,” one Democratic strategist told us. “I don’t think it’s even a decision for him, really.”

Of course that would mean Democrats would need someone else to sign up for the “kamikaze mission.”

One name that consistently arose when we spoke with Democratic operatives was that of Mandy Powers Norrell – a third-term state lawmaker from Lancaster, S.C.

Norrell, FITSNews readers will recall, was touted as the Democrats’ dream candidate in a special election for the fifth congressional district this spring.  She declined to run for that seat, however.

Now Democrats are eyeing Norrell as a possible candidate for governor – for many of the same reasons we outlined in our feature story back in January.  As we noted in that report, Norrell is “moderate, intelligent, energetic … and yes, exceedingly attractive.”

Just as importantly from an electoral standpoint, this small town bankruptcy lawyer has taken positions that could win her crossover support from independent, libertarian-leaning voters – including her strong backing of the legalization of medical marijuana.

She’s considering it, she told us … but family considerations could keep her on the sidelines.  At least for the time being.

“I think about it every day,” Norrell told us.  “I haven’t ruled it out, but I have one child heading off to college in August and another who’ll be a high school sophomore next year.  When I hear my colleagues talk about their regrets, they’re usually (talking) about the things they missed with their families that they’ll never get back.  I don’t want to have regrets like that.”

Those close to Norrell say they don’t expect her to run – in this cycle, anyway – and that her family commitments have always taken precedence over her political aspirations.  They also say she genuinely enjoys serving in the legislature, and believes she can forge bipartisan consensus on hot-button issues like medical marijuana.

We’ll obviously keep our eyes on Norrell and other prospective Democrats in the event any of them emerge and express interest in seeking this nomination.

In the meantime, for the latest on the “Republican” gubernatorial speculation click here.