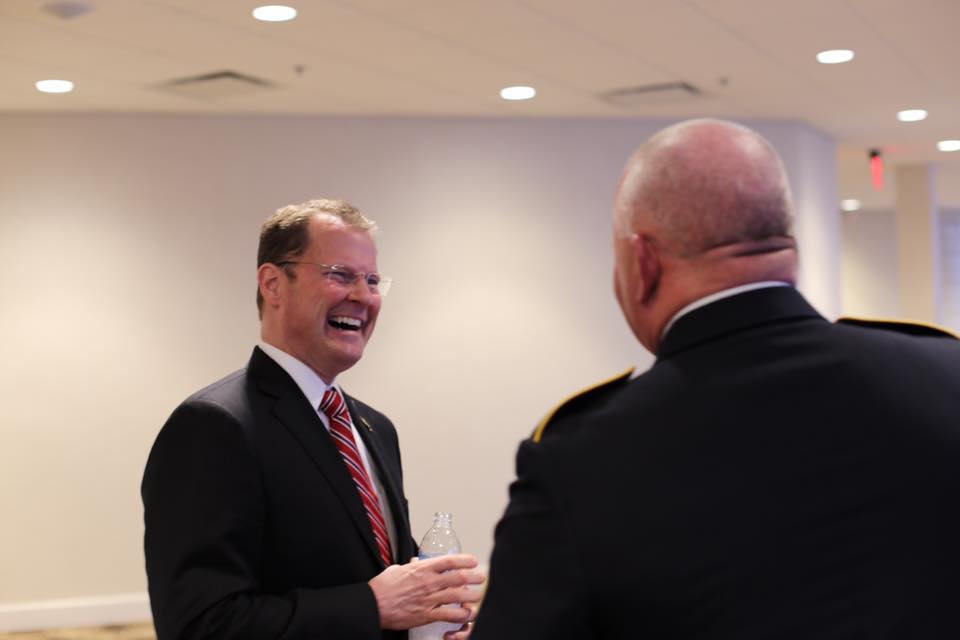 South Carolina lieutenant governor Kevin Bryant – one of five candidates for the 2018 GOP gubernatorial nomination – is planning on making a major ethics-related announcement in Greenville, S.C. this week.

Sources close to Bryant’s campaign tell us his news is tied to #ProbeGate – an ongoing investigation into corruption in state government that has felled three top “Republican” members of the S.C. House of Representatives.

Another GOP lawmaker – state senator John Courson – is scheduled to stand trial on charges related to the investigation in June.

What does Bryant have to say about the investigation?  We don’t know … but he’s scheduled to appear at the Poinsett Club in downtown Greenville, S.C. at 11:30 a.m. EDT on Monday.

At that point we should learn some additional details about his big announcement.

A 51-year-old pharmacist from Anderson, S.C., Bryant spent a dozen years in the South Carolina Senate prior to becoming lieutenant governor in January.  He is an avowed social conservative, although he has a strong fiscal conservative record, too.

Most of his support is in the South Carolina Upstate – although he did receive a big endorsement in the Midlands region of the state last week.

With the well-known McMaster likely to be the top vote-getter in the first round of balloting on June 12, Bryant is hoping to beat out Templeton, Warren and former lieutenant governor Yancey McGill for second place – which would put him in a head-to-head matchup against McMaster in a runoff election two weeks later (on June 26).

His problem?  Cash … or rather a lack thereof.  Last week, Bryant’s campaign revealed it had less than $200,000 on hand for the last two months of the GOP primary.  By contract, Templeton has $2.5 million to spend in her bid to take on McMaster.