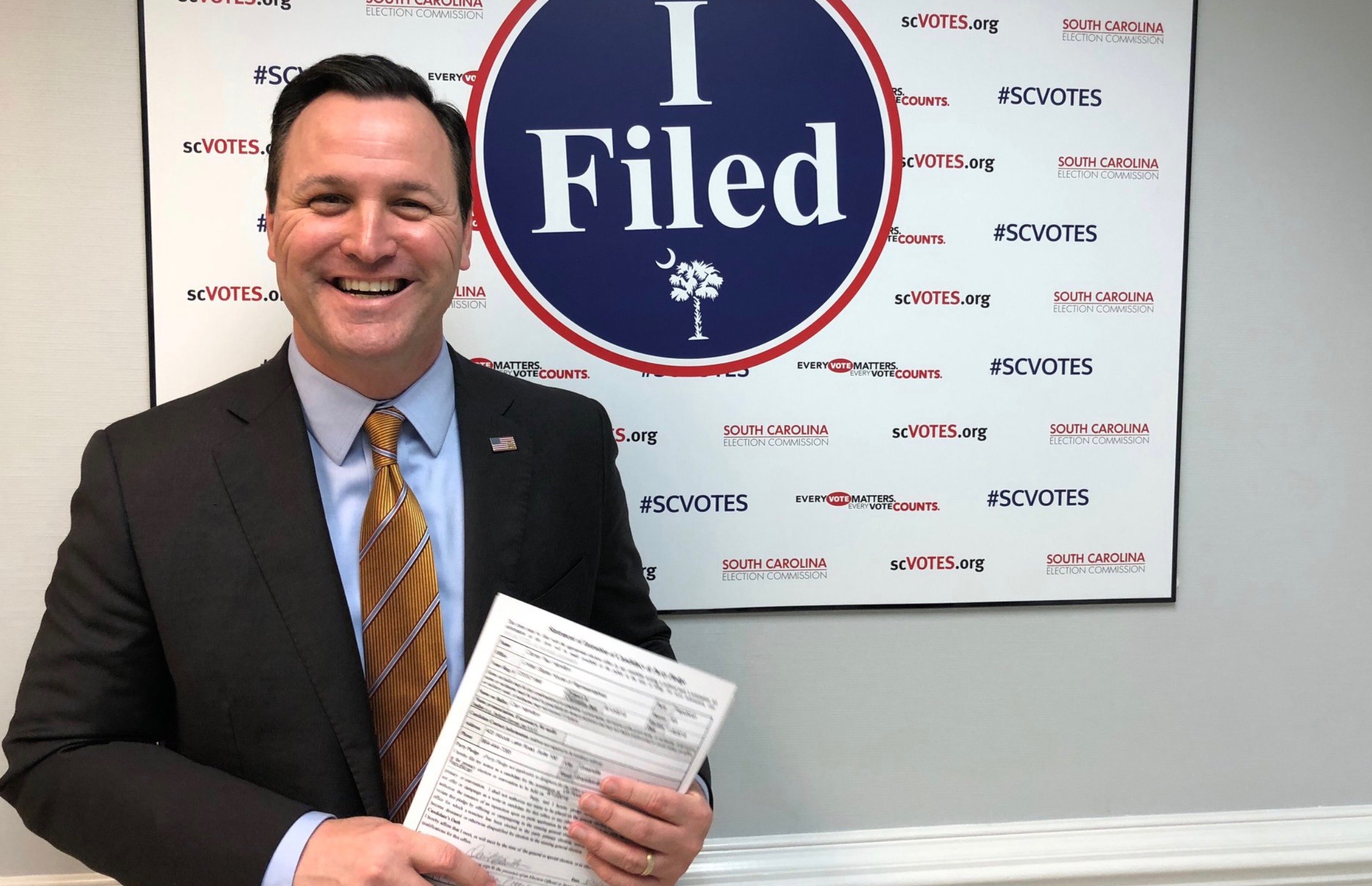 One of the candidates for South Carolina’s fourth congressional district (map) is facing criticism over his votes this week to kill a solar power bill that supporters say is critical to saving more than 3,000 Palmetto State jobs.

The jury is still out on that question, as far as we’re concerned.   Nevertheless the bill – H. 4421 – passed the S.C. House of Representatives last week by an overwhelming 64-33 vote.  That marked a major victory for solar supporters, and a crushing defeat for entrenched legacy utilities (and the neutered lawmakers who do their bidding).

As we exclusively reported earlier this week, there were some serious constitutional issues associated with the legislation … issues which ultimately killed it.

H. 4421 would have removed caps on rooftop solar installations that were included in Act 236, the Palmetto State’s 2014 solar power law.  Under the terms of the 2014 law, the percentage of the state’s power grid capable of being devoted to solar (residential or commercial) is limited to two percent.

Leading the charge to make sure it didn’t?  State representative Dan Hamilton – one of the early frontrunners in the crowded race for the fourth congressional district.

Hamilton’s advocacy against the solar bill is raising questions in light of his proximity to one of the out-of-state energy interests bent on killing it.

Duke has contributed to Hamilton’s State House campaigns in the past, and is scheduled to host a fundraising “meet and greet” for his congressional candidacy later this month in Washington, D.C.

In light of these connections, Hamilton probably should have taken a backseat in the solar debate – perhaps even recusing himself from voting altogether.

He didn’t though.  He led the charge.

Wherever you stand on this particular piece of legislation, in the aftermath of #NukeGate (South Carolina’s spectacularly failed command economic intervention in the energy industry) the public has become rightfully suspicious/ indignant when it comes to lawmakers doing the bidding of legacy utility firms.

“It’s shady that Dan Hamilton would be dishonest about getting rid of clean energy initiatives when he has received so much money from utility groups,” said Jake Honeycutt, a GOP activist from Greenville, S.C.

Hamilton’s campaign told us his vote on the solar bill was consistent with his long-standing commitment to the free market – arguing the legislation would have provided subsidies to one group of companies at the expense of others.

“Dan Hamilton is proud of his vote against government intervention in the energy market,” campaign staffer Logan McVey told us. “It used to be that Republicans stood for free markets and businesses operating on their own.  Dan will never support subsidies for any business that can’t stand on its own and asks the government to support it.”

We’ve never had any real beef with Hamilton, and at this point we don’t have a dog in the fourth district fight … but our guess is this sort of alleged pay-to-play on behalf of a legacy utility will not sit well with Upstate primary voters.