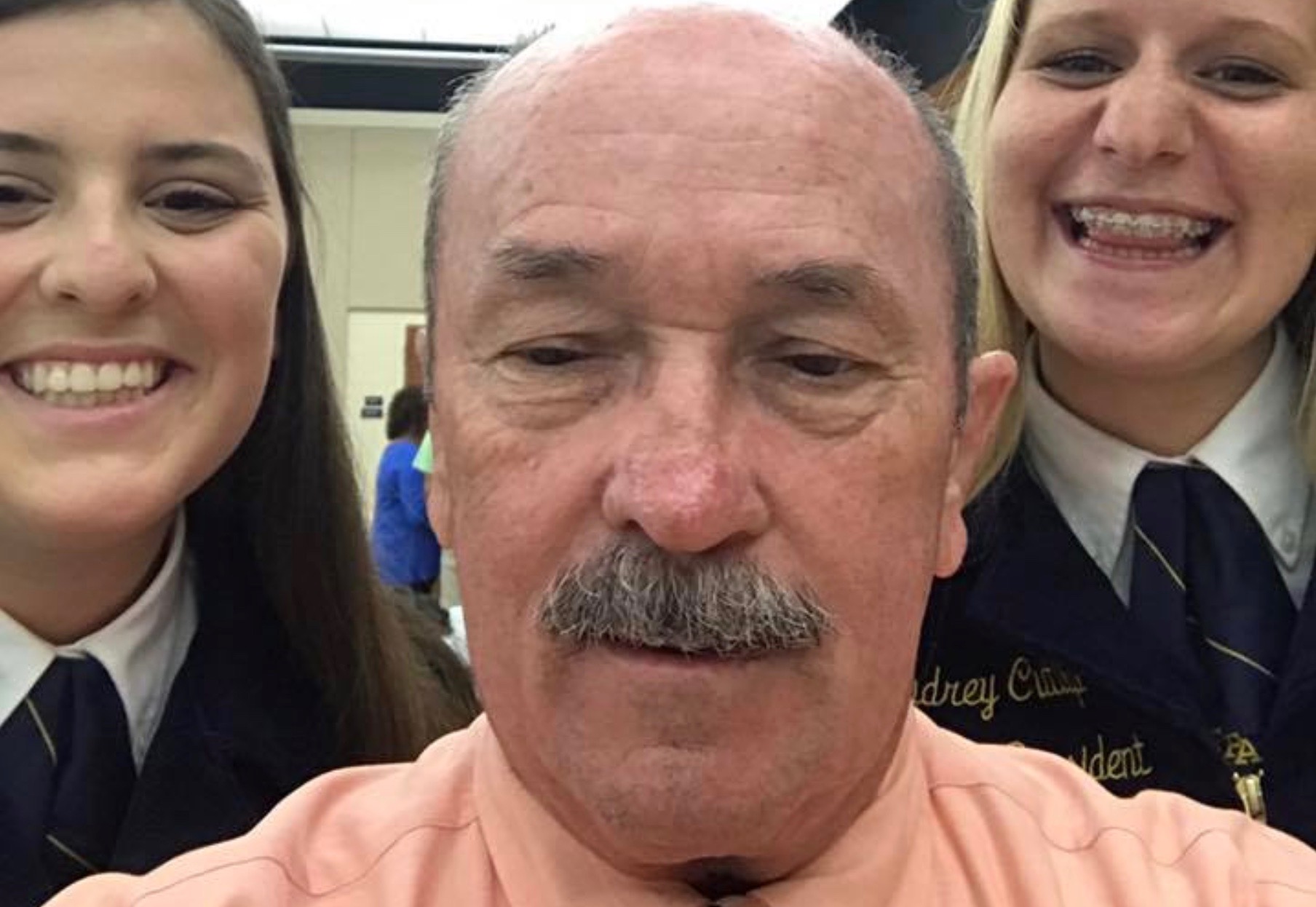 On Monday, Lexington County School District One board member Grady Harmon abruptly resigned his post – as was exclusively reported by this news site.

According to the district, Harmon’s resignation letter “stated that he found it impossible to complete his term of office for personal reasons which included that of his health and the health of his immediate family members.”

That’s true.  Harmon is in poor health.  So is his wife.

But that’s not why he resigned …

On Saturday, Harmon took to Facebook to “like” and respond to a post published by The Newly Press – a group which bills itself as supportive of the policies of U.S. president Donald Trump.  This post asked a simple question: “Why is it okay for Every race to be proud of their heritage except for white people?”

Hmmmm … we seem to recall an episode of The Family Guy in which the white race was celebrated, but that’s beside the point.

Anyway, Harmon had some interesting exchanges with other Facebook users in the comments section of the post.

In one exchange, he told a black Facebook commenter she could “always move to (A)frica.”

In another exchange, he took this suggestion one step further.

“The Africans need to be sent back,” he wrote. “If history is being rewritten then we go all the way.”

Finally, Harmon wrote of his contempt for “rules that allow blacks to play college sports because they are too stupid to pass the test.” 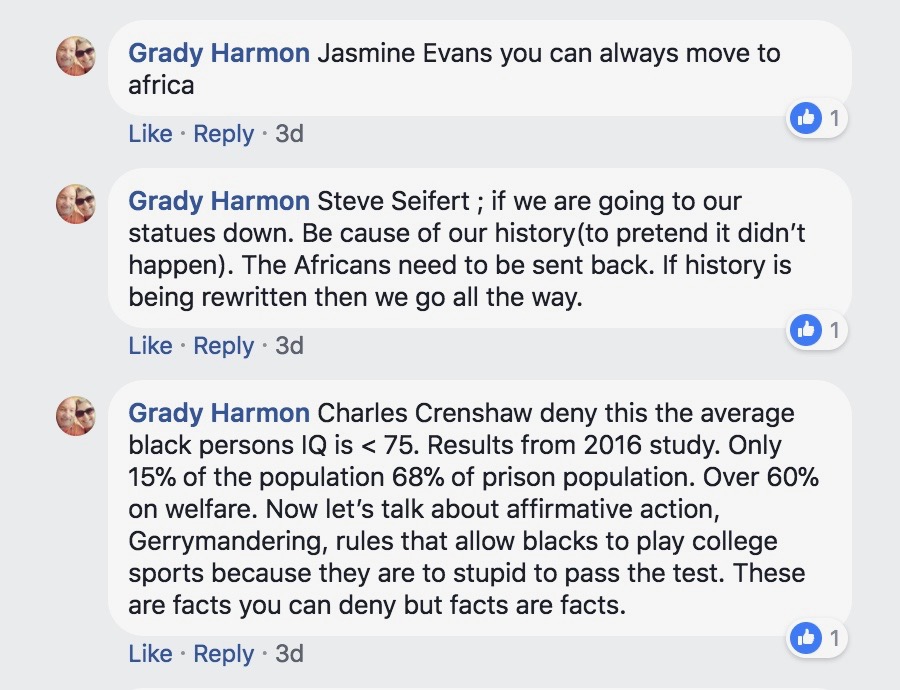 Obviously Harmon is entitled to his opinions.  And some of the statistics he cited in his third comment of the thread are indeed worth considering.  And obviously this news site hasn’t always been politically correct in its discussion of such statistics.

But Harmon clearly took it too far … especially if his goal was to remain in public office.

Within forty-eight hours of Harmon’s comments being posted online, he had been summoned before his fellow board members to answer for what he wrote.

According to a statement from district one, “the board and administration were deeply offended by the comments, as the statements do not reflect the values of our community or school system.”

The board met with Harmon yesterday and accepted his letter of resignation.

“It is the responsibility of each board member to represent the board and district to the public in a way which promotes both interest and support (of students),” the district’s statement added, noting that “the board and superintendent wish to make it clear that Lexington District One is a caring community, which supports all learners. Our schools are a place where all our children can dream big dreams. Lexington County School District One believes all means ALL.”

“It is the district’s position that based on swift action by the board and Mr. Harmon’s realization of the detrimental effects of his comments, the district can continue to move forward in its quest to cultivate a caring community where ALL learners are extraordinary communicators, collaborators, creators and critical thinkers,” the district’s statement concluded.

In a post to his own Facebook page, Harmon said his own poor health and his wife’s battle with breast cancer were the reasons for his resignation.

“I am on a lot of medications that interfere with my thoughts and memories,” he wrote. “I am feeling somewhat better from my recent back surgery.  I am in a lot of pain and discomfort.  So I take pain meds and other meds.  I have PTSD, and I am constantly tired.”