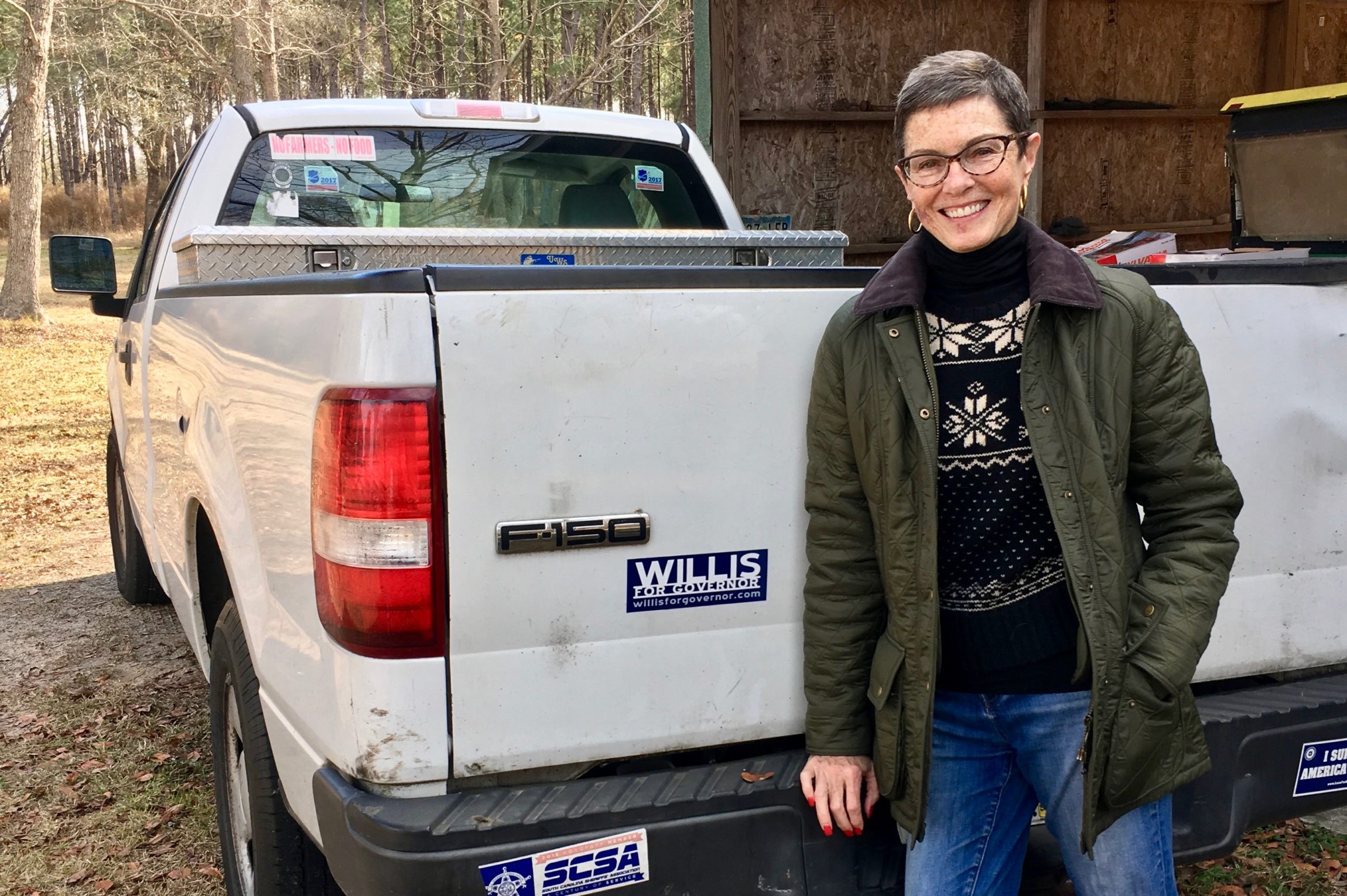 The race for the 2018 Democratic gubernatorial nomination in South Carolina is about to welcome a new addition – one with a penchant for non-political thinking (and the potential to self-fund her candidacy).

Attorney Marguerite Willis – a native of Greenville, S.C. – will announce her candidacy for the state’s highest executive branch office at an event Thursday in Florence, S.C. where her husband Frank Willis was mayor from 1994 to 2008.

“I’ve been thinking about this for awhile,” Willis told us this week.

Willis told us she’s been watching the Democratic race closely over the last few months to see how it would develop – talking to both of the announced candidates, Afghan War veteran (and former House minority leader) James Smith of Columbia and businessman Phil Noble of Charleston.

According to Willis her decision to jump into the contenst was made last month when a poll by the widely respected Trafalgar Group showed 54 percent of Democratic primary voters either undecided or supporting “someone else.”

“I kept thinking to myself, you know – I’m ‘someone else,'” Willis told us.

A successful business attorney at the Nexsen Pruet law firm in Columbia, Willis calls herself “a problem-solver not a politician” – someone with a history of approaching complex issues creatively (and on a deadline).

“We’ve got to be smarter about what we’re doing as a state,” she said, arguing that governors need to be more innovative in their approaches to economic development – particularly in rural areas of the state.

“The governor in this state has limited authority,” Willis said. “In the economic development area, though, the governor has some power. I would target it on areas where we need it most.”

Willis’ rivals for the Democratic nomination are paying close attention to her candidacy, in no small part because she has the ability to self-fund her campaign.

We asked Willis about that …

“I’m late to the game so I’m going to have to put some money in up front,” Willis said, although she added that she had several donors in place and “I expect to raise most of the money.”

Willis told us her rivals should be concerned … but not just about her ability to underwrite her candidacy.

McMaster has a huge early lead over the rest of the GOP field, but his campaign – like his administration – has stumbled badly over the past year.  McMaster has also been dogged by his proximity to an ongoing criminal investigation into corruption in government.  That investigation – #ProbeGate – has ensnared many of his longtime political allies and raised questions about McMaster’s own exposure.

Bottom line?  Both the Democratic and “Republican” gubernatorial primaries are wide open ….

Filing for statewide races opens in March with partisan primaries scheduled for June 12.  If no candidate in either gubernatorial primary receives a majority of votes, then the top two finishers in each race would advance to a runoff election on June 26.

To keep tabs on the latest news related to this and other statewide races, be sure to click on our #SC2018 tag.