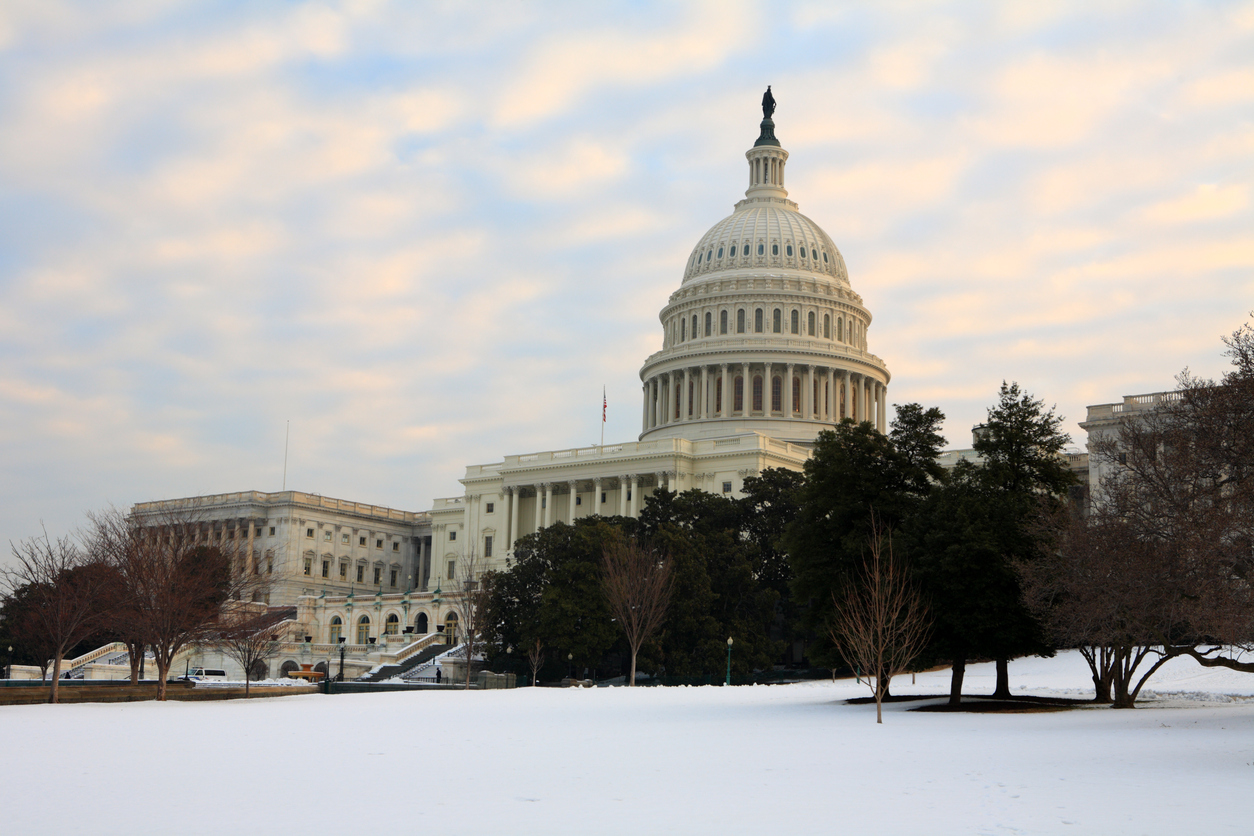 Less that 72 hours after it began, the latest partial shutdown of government is over … for now.

“Republicans” and Democrats in Washington, D.C. agreed to a stopgap spending resolution on Monday that will fund the operations of the federal government through February 8.

In other words, we get to do this whole dance over again in two-and-a-half weeks.

The three-day shutdown – which began at midnight on Friday – was initiated by Democrats in the U.S. Senate as part of an effort to revive the Deferred Action for Childhood Arrivals (DACA) program, which U.S. president Donald Trump canceled back in September in an effort to obtain leverage for his proposed southern border wall.

The program allows children who are brought into the United States illegally to remain in the country, and is supported by most Americans (whether it should be or not).  Of course, most Americans didn’t think DACA was worth risking a government shutdown … which was the first major tactical mistake made by Democrats during this process.

“I am pleased that Democrats in Congress have come to their senses,” Trump said in signing the short-term spending measure.

U.S. Senator Charles Schumer of New York, the Senate minority leader, has been pilloried for his handling of the high-stakes poker game – which saw five red state Democrats bail on their party’s leader before the shutdown even began.

“A lack of Democratic unity destroyed Schumer’s leverage,” CNN contributor Scott Jennings noted.  “A smarter tactic than enabling a shutdown would have been for Democrats to offer McConnell nine votes on Friday night, forcing the majority leader to come up with 51 Republican votes (which he did not have). Had the Democrats made a better strategic choice, they might have won the fight narrative.”

Sixty votes are needed in the U.S. Senate to advance debate on spending bills.  The GOP currently controls fifty-one seats.

Did Democrats win any concessions during the shutdown?  Not really … just an end to the bad press.

Sixteen Democratic Senators wanted to continue fighting, though – including uber-liberals Cory Booker of New Jersey, Elizabeth Warren of Massachusetts and Dianne Feinstein of California.  They were joined by two GOP Senators – Mike Lee of Utah and Rand Paul of Kentucky – who consistently opposed the stopgap spending bills as a perpetuation of the status quo in Washington.

That view was shared by Paul’s father, former U.S. congressman Ron Paul, who penned a column denouncing the shutdown as a media-driven charade.

“Who wins when a ‘compromise’ is finally announced?” Paul wrote.  “Not the American people, that’s for sure!  The winner will be, as usual, big government.”

It’s also hard to argue that the GOP’s political “win” translates into anything resembling a win for taxpayers – who are continuing to subsidize an unwieldy, unaccountable and unsustainable government.

Back in August 2015 – a few weeks before a threatened shutdown during the second term of former president Barack Obama – this news site argued that congress should stop the perpetual dysfunction associated with passing stopgap spending resolutions and produce an annual budget beginning on the first day of the year.

If for no other reason than people might finally get some idea of how much of their money politicians in Washington, D.C. are blowing each year.

“This is no way to run a government – and is part of an effort to keep the true size of the D.C. behemoth from taxpayers,” we wrote at the time. “The federal government imposes taxes on individuals and businesses based on fiscal years which begin on January 1 and end on December 31.  We would humbly submit it hold itself to the same standard.”

They failed to do so … and obviously it’s too late to do so this year.

A trillion here, a trillion there, right? Sooner or later it adds up to real money.

Lindsey Graham Lurches Back To The Left