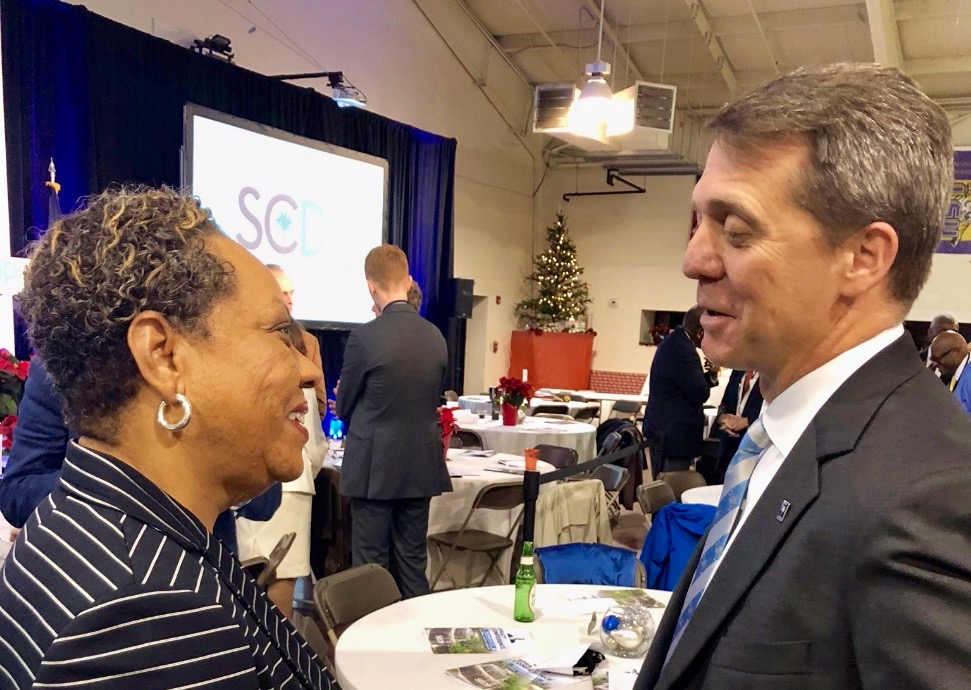 According to Smith’s campaign, it collected more than $547,000 between October 1 and December 31 of last year – a tremendously impressive showing for a Democrat in a “Republican” state.  Smith’s haul was also noteworthy in that 97 percent of his contributions were from South Carolina donors and more than 80 percent of his contributions came from small-dollar donors who gave $100 or less.

“I am inspired by the more than 2,400 people that have invested in this campaign in the first three months since we entered the race,” Smith said in a statement accompanying his report. “I look forward to continuing to share my positive vision for South Carolina over the coming months with voters from all parts of the state.”

A war hero who re-enlisted to fight in the “War on Terror” in Afghanistan, Smith has been touted as a statewide candidate for nearly a decade.  In fact many Democrats believe he should have run in 2010 or 2014 instead of two-time gubernatorial nominee Vincent Sheheen.

Sheheen’s second campaign against former GOP governor Nikki Haley, in particular, was an unmitigated disaster – and the veteran State Senator now finds himself staring down a credible challenge of his own in 2020.

The 49-year-old attorney is in a closer-than-expected race with progressive Charleston, S.C. businessman Phil Noble.  In fact, a recent statewide poll from the widely respected Trafalgar Group showed Noble enjoying a narrow lead over Smith.

As of this writing, Noble had yet to file his fourth quarter paperwork with the SCSEC.

No other Democrats have announced gubernatorial candidacies at this stage of the race, although filing for the office doesn’t officially open until March.  On the “Republican” side, incumbent governor Henry McMaster is facing a trio of challengers – Lowcountry labor attorney Catherine Templeton, lieutenant governor Kevin Bryant and former lieutenant governor Yancey McGill.

Follow all of our gubernatorial coverage (and coverage of other statewide races) by clicking on the #SC2018 tag.

The Quinntencing: When Will Rick Quinn Know His Fate?